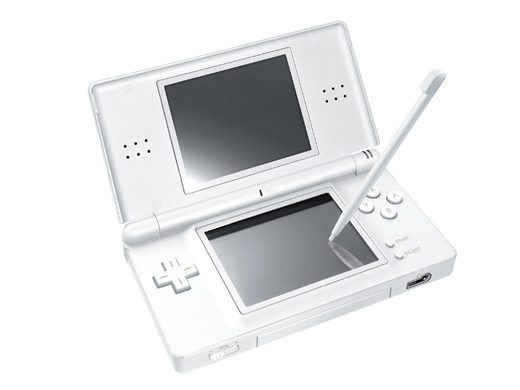 Nintendo To Launch DS Lite in the US on June 11th

Say what you want about the upcoming Wii, but the Nintendo DS has become one of the most popular handheld gaming platforms ever. Nintendo plans on bringing an updated version of this game system, the DS Lite, to the US on June 11th In addition to being less than two-thirds the size of the original and 20 percent lighter, Nintendo has also made some other nice refinements.

Its two screens can be adjusted to four levels to adapt to different lighting conditions and to extend battery power. The microphone sits in the center of the unit, and the LED lights are clearly visible whether the unit is open or closed. The stylus is 1 centimeter longer and 1 millimeter thicker than the stylus of the original, and slides into a side storage slot. The Start and Select buttons were repositioned for easier access. And a removable cover keeps the Game Boy Advance cartridge slot clear from dust and debris when it’s not in use.

Lastly, gamers will have something new to play on the DS Lite Nintendo also announced a new Super Mario Bros. title will be released for the DS on May 15th The DS Lite will be priced at $130 and, yes, it will only come in white See the official press release for more details.