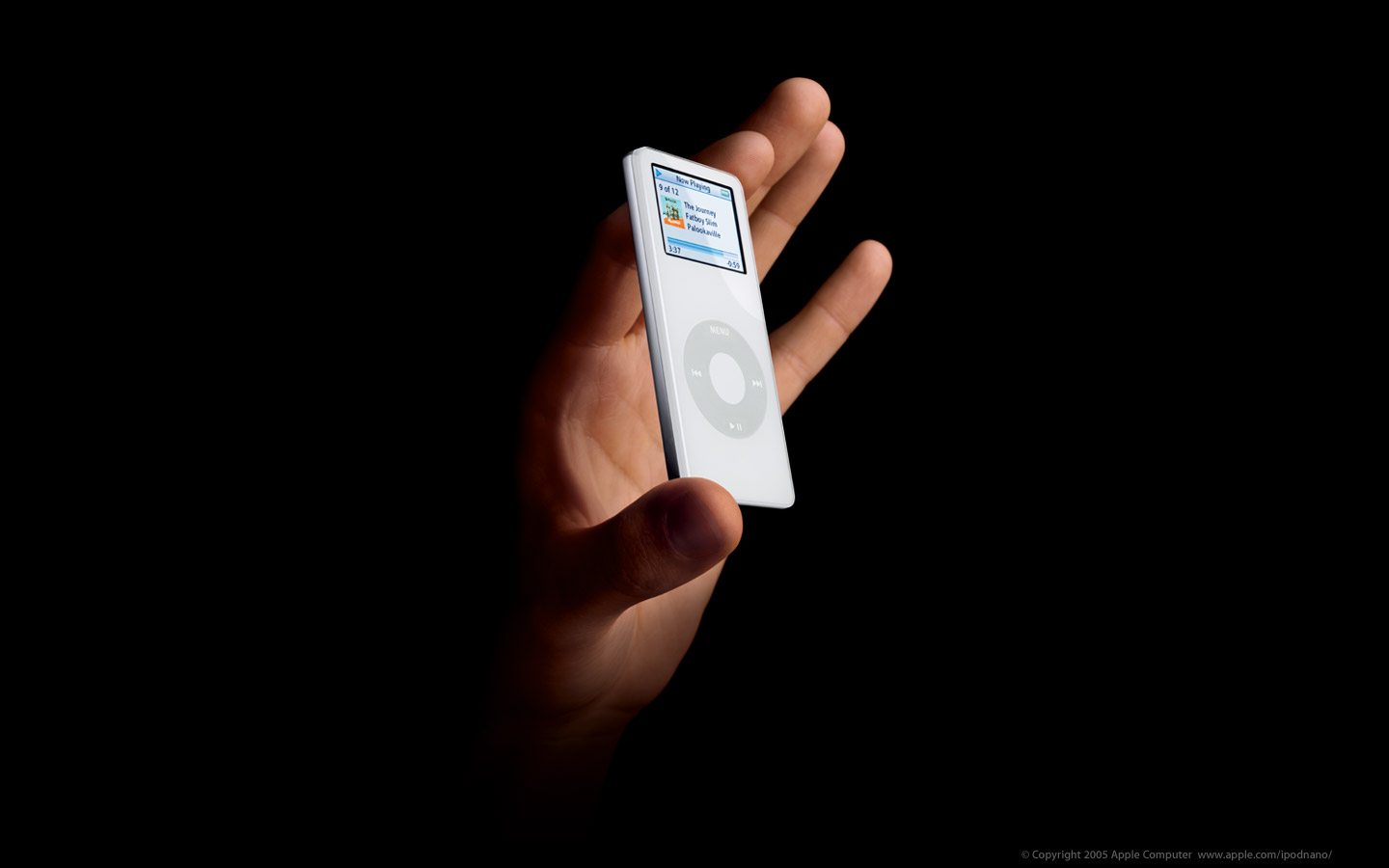 Steve Jobs appeared in his trade mark turtleneck (black, of course) and jeans and made some announcements at today’s big event.

New Nanos, iTV, downloadable movies and games for the iPod and more.

Read on for the scoop. San Francisco – Seeking to bring even more digital media into our homes, Apple Computer launched its long-awaited online movie service Tuesday and showed off a device that will make it easier for consumers to watch the videos on television.

Jobs said that the iTunes Music Store, however, will initially carry movies only from The Walt Disney Co. studios, where Apple CEO Steve Jobs is a board member.

At a media event Tuesday, Jobs also showed off a compact gadget, dubbed iTV, that will allow consumers to watch movies purchased online – as well as other digital content stored on a computer – on a connected television set. It will sell for $299 and be available early next year.

He said more than 75 films will be available on iTunes from Walt Disney Pictures, Pixar, Touchstone Pictures and Miramax. New releases will be priced at $12.99, when pre-ordered and during the first week of sale, or $14.99 afterward. Library titles will be sold for $9.99 each.

Jobs also announced a slate Ipod add-ons and upgrades including:

* A 24-hour battery life on the iPod Nano, which stores media files on flash memory chips. Models, ranging in capacity from 2 gigabytes to 8 gigabytes will come in five colors and sell for between $149 and $249.
* A larger-capacity video-capable iPod that features an 80-gigabyte hard drive for storing digital music, video and other content. It will retail for $349
* A smaller size for the iPod Shuffle, which also will sport a built-in clip. It will sell for $79.

The Nano and 80-gigabyte iPods are available immediately. The shuffle will be available in October.

Also new to iTunes will be downloadable games like ‘Tetris’ or ‘Bejeweled,’ that have been designed specifically for the latest video-iPod models. They can be purchased at the iTunes online