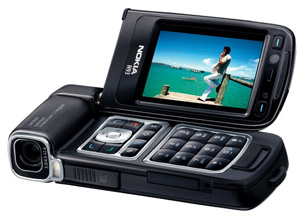 Nokia has just introduced a new short-range wireless networking standard called Wibree. This is intended to complement Bluetooth – not replace it.

Wibree radio technology complements other local connectivity technologies, consuming only a fraction of the power compared to other such radio technologies, enabling smaller and less costly implementations and being easy to integrate with Bluetooth solutions. Wibree is the first open technology offering connectivity between mobile devices or Personal Computers, and small, button cell battery power devices such as watches, wireless keyboards, toys and sports sensors.

By extending the role mobile devices can play in consumers’ lives, this technology increases the growth potential in these market segments.
Wibree is the first wireless technology to solve the following needs in a single solution.

Despite today’s announcement, the Wibree standard is still being finalized.

The goal is to have the new technology available to the market as fast as possible, so Nokia is defining the Wibree interoperability specification together with a group of companies representing semiconductor manufacturers, device makers, and service providers.

The technology will be made broadly available to the industry through an open and preferably existing forum. Nokia and its partners are still deciding what to do about the forum, but this will be ready by the time the specification is finalized.
According to the current estimate the first commercial version of the Wibree interoperability specification will be available during second quarter of 2007.