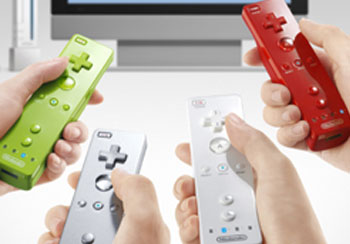 As a precursor to launching a platform, one generally only has to look at the pre-order numbers from any given chain of game stores to get an indication of how successful that platform may become. How successful could the Nintendo Wii be when the pre-order totals amount to zero,at the biggest chain of said stores, only 44 days until launch? VERY. Considering that in the U.S., the gamestore chains live and breathe by pre-orders, the Wii should have been opened up for pre-orders nearly two months ago. They haven’t. So what happened?

The simple answer, Gamestop/EBGames is looking for a larger number of units. Preordering of the Nintendo Wii is on ‘hold’ until such time as they have finalized negotiations. While this is not an unprecidented act by any means; it is highly unusual so close to an official launch date.

I, The Great Bandito, have conferred with several undisclosed representatives of Gamestop/EBGames to learn that the number of units requested by this chain have increased several times. Unfortunately, those same sources refused, or did not know, the actual numbers. Fear not, our friends with Wii-Fever, Gamestop/EBGames promises to open their preorder lists as soon as their number of on-hand units have been finalized.

Considering the price differentation between Nintendo’s Wii and any other new console, it’s no wonder that Gamestop reps say, ‘Wii wanna stock up!’