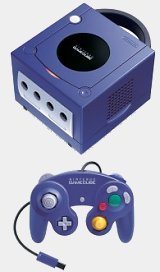 It’s November, and time to start looking for those Christmas gifts Why November? One word, clearance By December, all the meat will be chewed from those blue-light bones, leaving mere scraps for the hungry stocking scavengers Naturally, each gaming platform has a Greatest Hits line of titles: a series of games that have sold in such tremendous numbers, at the release pricing, that even at $20 — it’s all profit Between the two, stocking stuffing can be made easy if you shop a little early, and if you don’t mind a little scavenger hunt Thus, for the next three weeks, Gadgetnutz will be bringing you a list of game goodies found at various stores around town and around the web

Each of the titles listed by Gadgetnutz are not only available through the retail chain’s online store, but usually in the brick and mortar counterparts-along with other titles unique to a given location It is highly suggested that, when looking for these titles, you do your own comparison shopping, as prices vary between not only the online stores but between different locations of the same retail chain!

No, not Playstation 2, but the original Playstation. Otherwise known as PS1 or the PSX There are a few gems still available that can make your gamer’s day Most of these titles also work on the Playstation-2 Original Playstation titles aren’t all that hard to find, and they can also be found at your local ‘dollar store,’ not just what is listed here (Dollar General, Big Lots, Odd Lots, Freds, etc) To find Playstation titles, one simply has to STOP overlooking them Due to the nature of PS1 titles, we’ve taken the liberty of adding locations found for the listed titles.

Spotlight: Final Fantasy VIII A remarkable game for the PS1, Square pushed the limits of the console’s capabilities when they created this masterpiece A role playing game for the ages, with many subquests, sidequests, minigames, and memorable character models This is one of those games where a ‘backup copy’ is still a good gift!

The underrated GameCube is the unsung hero of the previous generation of consoles This platform has amazing graphics, sound, and an strong array of accessories This console has nearly as many gadgets as it has games, GameBoy Advance Player, modem, broadband adapter, wireless controllers, microphones, and a soap-dish Finding GCN titles is a bit more of a chore than PS1 or PS2 titles, because they don’t sit in the same spot with the price going down; no, they often migrate to a clearance section, and can be buried under a sea of PC game-expansion packs, mp3 players, and iPod carrying cases.

Spotlight: Odama This is, by far, one of the most unique games to ever be created for any platform A sick twist of Real Time Strategy, Arkanoid, and pinball that requires, and is packaged with, a microphone Control your army, using voice commands, while wiping the floor with your opponents utilizing the pinball-like weapon of mass destruction (no, I’m NOT kidding) Don’t let the silly idea throw you off, however, this is a game for gamers Nothing is easy about this game, from the controls to the in-game missions-everything about Odama is challenging If you have a gamer that beats everything in a week, then knock them down a few notches with this title IMPORTANT! This game can be found on clearance at various retail locations (including Target and K-Mart) for less than $25, but most online shops still carry the full $50 price tag.

Runner Ups: Tales of Symphonia, a wonderful re-playable RPG that does something no RPG on the PS2 can touch, virtually zero load-times AND incredible graphics Chibi-Robo, a 3D adventure that doesn’t seem to include saving the world, your country, or a princess-how odd is that?

Next week, we’ll be taking on the challenge of finding great gaming values on the PS2 and Xbox Remember, old titles are only old if you’ve already played them!