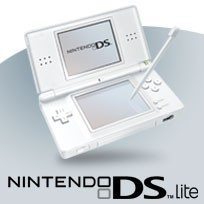 No more roaring fans, DVD cases, or televisions, this week we are specifically looking at handheld games Handheld gaming is no longer under the yoke of the omnipotent GameBoy (well, maybe not) as in years past

Buying games for the Nintendo DS and Sony PlayStation Portable (PSP) can be quite a chore, given that quality and price seem to be independent from one another more often than what is expected on home-consoles.

On to the shopping lists! Yet Again, More General advice

Time to break down and spill the beans, Gift Cards make sense Unsure what to buy? Don’t know what ESRB rating is acceptable by your brother’s wife for their kids? Don’t know what console or portable your kid broke and is hiding from you? Never fear, the gift card is here. What’s more, the gamer in your family likely has a store discount card for the local game store, an old game or two to trade in, and a good idea of what he or she likes Their happy little discount card gives them an extra 10% on whatever used game they buy; this is an extra 10% on top of whatever amount they are given Not convinced yet? Target has gift cards with nice fancy Wii and PS3 logos on them With a $275 gift card displaying the Wii logo, you too can say, ‘I wanted to give you a Wii, but they were friggin’ out… Again.’

Finding a good price on a DS game is no challenge, as most of the games are released at $30 in the first place Remember the last entry in the Christmas Clearance Campaign, you know the spiel about used games? Well, the same applies to the Nintendo DS and DS-Lite; there are a lot of games in the used game aisle With that said, here is a short list of $20 (or under) games that can be a load of fun.

Spotlight: Brain Age Look, twenty bucks is just the price for this title, not a discount, not a clearance, but the MSRP Although this title seems more like an exercise routine for the pink mush between your ears than a simple game–it is very entertaining and well worth the $20 price-tag.

Runner-up: Metroid Prime Pinball It’s pinball with great graphics, good sound, and a rumble-pack Castlevania Dawn of Sorrow This game is more fun than a barrel of vampire-bats.

This is going to be fun; well, challenging anyway If left at the $20 ceiling as all the other platforms, the PSP has the ‘greatest hits’ games, GTA Liberty City Stories (finally), and nothing else If we raise the bar to $30, then the previous section on the DS would cover nearly every game made for the platform Time to ask Mr. Equation what he thinks about this: n x Hot Title Release Price = The Fair Price.’ Final Fantasy III for the DS was $40, so $20 is the fair price; thus, we can say Valkrie Profile (Square Enix) for the PSP is $50, so $25 is the fair price Ahh, thank you Mr. Equation.

Runner-up: Capcom Classics A collection of Capcom arcade games that have somehow missed the boat in other Capcom compilations, though finding it for $20 can be a chore.

Special Note: UMD Movies If you, or your loved one, likes watching movies on UMD-buy them up *NOW* while they’re still available. Sony’s abandoned the UMD format (as far as movies go) now.

One would have expected the GBA line up to have long since dried up, but that expectation is unfounded Not only has Nintendo reduced the price of some of the ‘hot’ GBA titles, but there has been several new releases on the GBA as of late On another note, several department stores hide their best priced GBA games on the end-caps in front of the check-out counters Finally, Nintendo has expressed their intentions of supporting the GBA line through the next Christmas season too, so this means that great values should be available next year too.

Spotlight: Fire Emblem: Sacred Stones The epic strategic fantasy romp for the GBA, and now at $20 You just can’t go wrong here No wait, it’s Pokemon Fire Red, what everyone wants Stand back, it’s the ‘doublepack’ of Castlevania…

Runner-up: Sigma Star Saga. It’s an RPG with side-scrolling shoot-em up combat No, it’s a shooter with RPG-Adventures between screens No, wait, we aren’t sure what it is, but whatever it is-it’s fun for a $10 game (We found it for $9.99 at a brick and mortar GameStop.)

Special Note: The GBA is the exact opposite of the PSP, this list could have gone on forever.

Well, that’s it We’re all wrapped up, the clearance sections should be cleared out by now All in all, the whole series can be summed up by the simple statement, ‘Don’t overlook something because it isn’t where you expect it.’ We’ve found discounted games on end-caps, in front of the cash register, piled up in bins next to the electronics department, and even in the (gasp!) clearance section