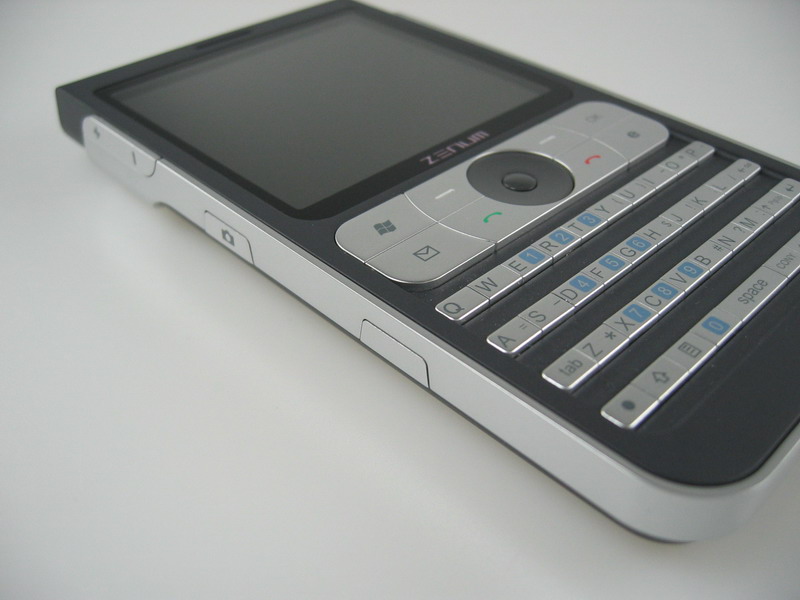 ZENUM Technologies Corp. Has rescheduled the launch of its innovative debut Pocket PC Phone device named the Opus. Originally due for release in November 2006, the management felt the prototype needed some improvement.

Judging from the pictures inside – this one will be worth the wait.

In particular, with the end-user experience in mind, they were not satisfied with the overall quality of the product – the Pocket PC Phone has then entered a new reengineering phase and Opus is now scheduled to launch in March 2007.

Opus features a built-in QWERTY keyboard, making it a perfect companion for productivity on the move. It also supports various communications standards such as GSM, GPRS, IrDA, Bluetooth and Wi-Fi.

During the last few months ZENUM Technologies captured headlines with the announcement of a new concept Pocket PC Phone Edition, the Opus. The unique overall design of the device is a creation of a Singapore-based professional who several times featured as the winner of the Red Dot Award for design. Today ZENUM announces the delay of the launch of the Opus, a full-featured communications device addressed to urban high-end users.

The ZENUM Opus is a step forward in the evolution of traditional Pocket PC Phones. Combining a sleek candy-bar form factor and full Personal Digital Assistant capabilities, it offers a touch screen and stylus for data input as an alternative to the built-in QWERTY keyboard, providing users with the ability to easily enter contact details, write SMS text and e-mail messages, or create and edit office documents

while on the move.

Based on the latest version of Windows Mobile(tm) 5.0 for Pocket PC Phone Edition operating system, the Opus takes full advantage of the keyboard by supporting Direct Push Technology to help business users access their information while out of the office, whether it’s corporate email or more robust industry-specific applications. It also includes mobile versions of Microsoft Word, Excel and PowerPoint for full productivity.

The ZENUM Opus supports Tri-band GSM 900/1800/1900 MHz and GPRS Class 10 for voice and data connectivity, while wireless users may take advantage of IEEE802.11b/g support for connecting to public and private Wi-Fi(r) hotspots. Bluetooth 1.2 with A2DP grants short-range connectivity to suitable devices and the use of mono hands free kits and wireless stereo headsets. For leisure users, the Opus also features a 2-Megapixel camera allowing it to handle both productivity and fun tasks.

Check out their web site at: www.zenum.ch