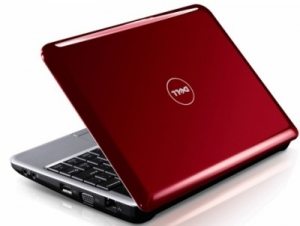 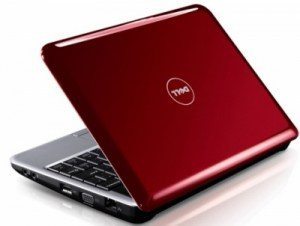 I’ve spent almost a week with my new Dell Mini 9 netbook computer loaded up with Mac OS X 10.5.6 I’m not here to give pictures, or promote how to do it. There are plenty of articles out there for that (see below).

Also, before everyone – and hopefully Apple execs – get upset, somewhere between my youth and today, I’ve become pretty much a staunch supporter of buying and using legitimate software, rather than pirating it like I did rampantly in the 80’s.

For the record, I’m not here to promote doing this, as I agree that the legality of following the articles on the Web for doing so is questionable.

The reason for this article isn’t promotion of ‘hacking your Dell Mini’ but – while admitting it’s certainly possible – unlike most of hackintosh crowd out there, I wanted to share, as well as address some of my great positives, along with my sincere concerns over putting Mac OS X on this thing to make it usable (which I don’t consider Windows to be). 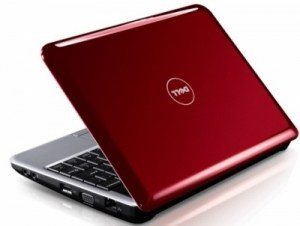 On February 17th, when I decided to buy a Dell Mini 9, I had exactly ZERO idea that it could be loaded down with MacOS X No idea of its real capabilities, and little idea of how very useful it would really turn out to be I bought it simply to walk from room to room with while occasionally checking IMDB and using ICQ.

It wasn’t until SamsClub.com and their truly screwed up ‘4 to 6 week wait for delivery’ crap that I started investigating my purchase, found the 2 different articles on installing MacOS (see ZDNet and Gizmodo) and I truly became enthusiastic about my purchase.

So, with a looming road trip, and having received the device at 9pm on a Friday night (thanks UPS), I sat up all night installing my ligitimately purchased retail copy of MacOS X 10.5.6, 2Gb RAM module, and 32Gb SSD from Crucial I accomplished the install using an 8Gb flash stick, some printed instructions, and a USB CD Rom drive The whole install from power on to power off took about 3 hours. Somewhere along the lines however, I must have missed a step.

I played with it that Friday night until about 4am Saturday morning Happy as a proverbial clam, I turned it off, sat it aside, and – since my weekend was firmly screwed for sleep – collapsed into a heap of snoring mass.

Enter Monday morning Proudly, I packed the device and its power supply into a Kinko’s paper bag, and took it to work hoping to show it off to my fellow Mac buddies I get to work Tap the power button on.. ‘Operating System Not found‘. Crap..

I left work mid day last Monday to prepare for the road trip Tuesday morning. Went home, did about 20,000 loads of clothes while reloading Mac OSX This time, making sure to disable the sleep and hibernation features which seemed to have caused the previous failure.

All seems well, good, yes, thank you Power down, pack it, the PS, and a Logitech BT mouse in a leather ‘Padfolio’ which serves the purpose well enough for the moment.

Tuesday morning, wheels up for DC.

So After a week of on-the-road travel, I have found sincere concerns along with a lot of good things to be said about my experiences (and I presume the experiences of those going the same route) so I thought I’d share you the trouble, or at least point you in the right direction:

In the end, my feelings are this… If you go the route I did, you’ll end up with a fun, usable little computer that’s good for small tasks provided you’re willing to let it boot up and have patience to let it shut down on it’s own. In my experience, it’s just about as fast whether you’re running XP (which comes loaded), or Mac OSX 10.5.6 so the operating system you choose is purely a matter of preference.

The resultant machine however is NOT a Macintosh computer, so don’t try and fool yourself into believing somehow or another that it is.

I am pleasantly surprised by the speed and peppiness of the machine once it gets past the limitations of the current, ‘slower’ SSD card, but I don’t know that I’d be all that jazzed about trying to get all my friends to buy one just to put OSX on it.

If I’d had the money to spend (me being cheap is what started this, remember?) I would have just bought one of the refurb 13inch Macbook Airs from apple.com for $999 I don’t however have that kind of money in this economy and if I did, I might have gone the more well established, non-pro 13.3inch macbook route.

Meanwhile I still had the need for a netbook sized device that I could literally take with me anywhere, which – for all intents and purposes – is exactly what I got.

Rumors have been circulating about the idea of Apple coming out with a netbook in Q3/2009, but that remains to be seen Unfortunately I suspect that even if they do (and I sincerely hope they do), it’ll be more in the range of $800 (just like Sony tries to charge for the same features as my Dell), or something equally unobtainable for us broke-ass mortals just trying to get by.

Your call on hackintoshing the Dell Mini 9 I’ve given you all I know, and even admitted where I might have done things better Just don’t go into it thinking you’re ‘sticking it to Apple’, because the inevitable truth remains, you get what you pay for.

For more of Wayne’s thoughts visit his blog at www.segwayne.com