I like the iPhone. I really like it. With all the phones thrown our way I still went out and bought the original iPhone. It has been a game changing device. It has made other cellphone companies work on improving their interfaces and phones – or at the least they outright copy the iPhone.

Unfortunately the 3.0 OS update has all the feel of a rush job. That however is not Apple’s biggest sin with this release. Apple has unprecedentedly, and arbitrarily, withheld the best of the new features from iPhone 2G and 3G model owners. The features that are exclusive to the 3GS have been proven to work just fine on all iPhones. In short, evidence strongly suggests that Apple is forcing users to buy an entire new phone in order to get software features that have been proven to run very functionally on existing iPhones. Suggesting that not even Apple thinks the new iPhone 3GS is that big of an upgrade. The evidence of Apple’s rush job are many, starting with the iPhone OS 3.0 update itself. Rather than the hundreds of new features they claim, it really does little more than fix some bugs and inferface issues and add in features missing on the iPhone that every other smartphone had since before the iPhone was concieved. Apple gets their figures by breaking down each item, such as finally making landscape mode work in all built-in applications, into each application and more. 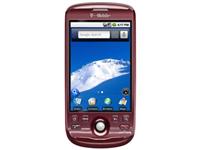 While I won’t go over all the new features in detail here, as you can (and probably already have) read them on Apple’s website or in any of numerous articles elsewhere, I will give you the highlights:

The first six items are common to all iPhone models for updating. However the 2G won’t get stereo bluetooth, tethering or MMS. The 3GS is the only model to get Voice Control and Video recording which are arguably the two most exciting enhancements.

The chipsets used in the various iPhones are all capable of A2DP (Stereo). In fact this was a bitter complaint from the days of the first release of the iPhone. Most annoying is that Apple still hasn’t enabled all the bluetooth features with this upgrade.

There have been tethering applications for (jailbroken) iPhones that work on the 2G just fine. It’s not as useful to tether to an 2G’s EDGE connection but it’s better than nothing.

SwirlyMMS and others have also proven that the 2G can handle MMS and in fact, during the 3.0 OS beta period, some developers were able to turn these on for the 2G and they worked.

Voice Control clearly can work on all models of iPhones as apps like Cactus and Melodius’ Dialer has shown. I doubt anyone needed this pointed out to them.

Video Recording can work, if not at 30fps VGA, on all iPhones as well. Cycorder (again for jailbroken phones) is a great proof of concept that shows this can be done. Yes it’s not top quality but then again, videos from the 3GS aren’t top quality either.

Aside from video recording, which will be forthcoming apparently, the new Palm Pre is a big competitor on all these fronts and in many cases handily bests the iPhone. Apple is rushing and reacting, where it shouldn’t, as they perceive the Pre as threat. More on this later.

Splitting features across these models is bad for Apple, bad for developers and bad for users. This can lead to third party applications and games that only work on specific iPhone models. Developers having to decide to support the 3GS’s newer and faster processor and graphics unit and deal with confused and irritated users who don’t understand.

Marketing’s fine fingerprints are all over this release. They’re crippling it all over the place to force upgrades to newer hardware and hoping no one realizes. This is simply shortsighted and greedy on their part. It’s over promising and under delivering. Not a usual Apple hallmark.

It’s not like we don’t pay for these upgrades. Sure, iTouch users pay an upgrade fee, but iPhone users pay a monthly bill that they get a part of for every account. Original 2G owners, like myself, didn’t get their phones subsidized and paid a huge amount of money and still had a two year contract that Apple shared. We all pay for this upgrade every month – so why don’t we get the same features?

There’s one clear reason why Apple would throw together this underwhelming upgrade. The Palm Pre. The first real competition the iPhone has faced. The Palm Pre is another game changing smartphone that not only provides similar ease of use but improves on the iPhone OS in many ways. Apple’s marketing has tried to either match these features with the 3.0 upgrade or disparage the features with falsehoods (ie: multitasking uses up your battery faster than push technologies). Another strong indication of a “Rush job” is the fact that the 3GS is outwardly identical to the previous model, it’s much easier to rush out a new version when you don’t change ANY of the external hardware.

The Palm Pre is also an attractive device with more features. It fits nicely in the hand, offers a physical keyboard, it’s fast, and Sprint’s service plan is very competitive against ATT. You can argue Sprint vs ATT all you like – it really comes down to location and how well these carriers serve your market. In my location both work very well and very fast for wireless Internet.

So Apple moves quickly to counter the Palm Pre with an interim upgrade that addresses most software differences with other smartphones and tosses out upgraded hardware. But marketing steps in and the OS upgrade gets diced up so that you only get certain features on certain models of iPhone. Again remember that the upgrade is not free. Like all smartphones, and many non-smartphones, upgrades to firmware are part of the price of admission and your monthly fee. It’s been a standard issue in the wireless market long before Apple joined it.

Apple also has now driven a huge wedge between the graphic processing abilities of the various iPhones. Knowing that an Apple phone would eventually see a massive upgrade of its graphic processing ability was a given. That said, giving an otherwise incrementally updated iPhone a massive boost in graphics ability is a very mixed blessing for both game players and game developers. Game consoles are based on stability, the least common denominator factor. Once a console is released, developers and gamers can both be certain that any game will run on any version of a given console platform. A Sony PS2 game developed this year and purchased today will run fine on a console made 9 years ago.

While the iPhone isn’t a game console, it has become a strong contender, perhaps overwhelmingly so, in the portable game arena. The 3GS hardware upgrade should allow for better looking games, but developers may have to create different versions of the same game for the iPhone platform. If they decide not to develop multiple versions, they’ll either ignore the new features and develop to the least common denominator, or restrict iPhone 2G and 3G owners from buying their titles.

Experience has shown that when a platform is segmented like this, developers tend to disregard the better graphic features and code for the largest segment of the market until an overwhelming number of users have the newer hardware. Given the number of 2G and 3G iPhones currently in user’s hands, widespread developer use of these new features may take quite a while. One wonders if the graphics update was simply a “me too” response to the graphic ability of the Palm Pre, as both the 3GS and Pre have nearly identical power.

This will be a problem for developers who can no longer develop to a generic iPhone. Now they have to keep in mind that the bluetooth is deliberately crippled on the original iPhone, that the video recording APIs only work on the 3GS and too many other differences to list.

The 3.0 OS upgrade, if all features were equally available on all models, is a solid upgrade. But that’s not what Apple has done. Instead 2G and 3G owners get a 2.6-ish upgrade. Evidence strongly suggests the only reason new features are exclusive to the 3GS is because Apple’s marketing department decided to withhold those features from existing users. Only the new iPhone gets everything and it’s the smallest iPhone market share. Which is likely to mean these new features won’t get exploited by anyone but Apple. Users of other models will be unhappy.

So instead of the new iPhone 3GS and iPhone 3.0 OS shooting down the competition, the Palm Pre and others get to dodge the bullet and Apple gets a black eye in the process. Bad move.