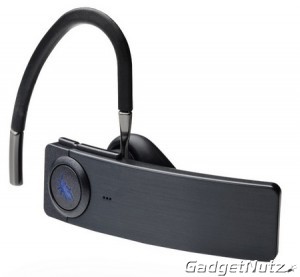 Blueant is famously known for their Bluetooth devices. The most recent of these is the Q1. An unassuming name for a most impressive Voice Controlled Bluetooth headset. 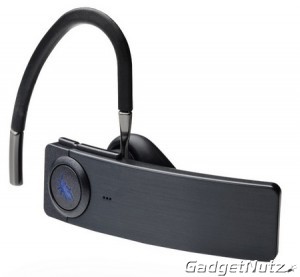 Unlike so many other Bluetooth headsets that require you to push one or more buttons to activate each feature, the Q1 is actually controlled by your voice. There are built-in voice commands to answer calls, make calls, redial, pair the headset with your phone and even to change settings. The voice recognition is quite good and is coupled with voiced prompts that guide you through everything when you first turn it on. (you can also run through these again later if you like)

Owners of phones with Bluetooth but no included voice recognition dialing will be excited to learn that the Q1 is one of very few headsets that have built-in voice dialing. It is restricted to dialing any of your eight speed-dial numbers (or favorites… whatever your phone calls this feature) but all you have to do is press the button on the headset and say; “Call Speed Dial One” (for example) and it will then have the phone dial whatever number you have stored with that. iPhone 2g and 3g owners, who were denied voice control when Apple chose to artifically restrict iPhone 3.0+ to only allowing voice control on the newer 3gs phones, will be ecstatic about this feature as it gives you truly handsfree phone control. 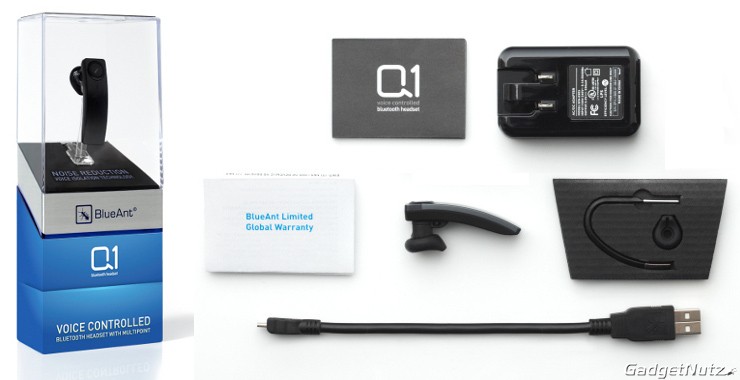 Features are great – but how well does it work? Fantastically! Out of the dozens and dozens of headsets I’ve tried this has the best noise reduction of any headset on the market today. Even when standing outside in the wind your voice can be understood by people you are calling. When calling from your car the road and engine noise simply vanishes. It works astoundingly well. Oddly enough tho, the voice recognition doesn’t seem to benefit as much, but unlike other headsets with voice control on the phone it does manage to understand roughly what you’re doing. Even if it gets the wrong speed dial… but that’s still a step up from any other solution. 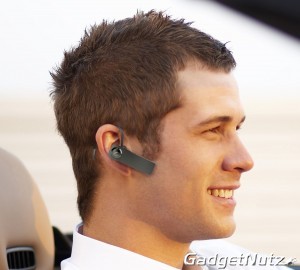 Stylistically the Q1 borrows a page from Aliph’s Jawbone headset design which isn’t a bad thing at all. It’s a tiny headset with a stylish curve and an optional ear hook if you don’t trust the in-ear grip. It’s very solidly build and it’s even attractively packaged.

If you need a gift idea for someone who relies on their mobile phone then this is the perfect gift.