Apple and HTC, the dog that didn’t bark. 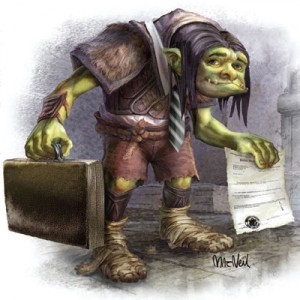 The interesting thing about Apple’s suit against HTC isn’t who they sued; it’s who they didn’t sue.

Why?  My guess is that this isn’t about Apple enforcing its iPhone patents; it’s about Apple pulling an old trick from Microsoft’s bag, a trick called FUD; Fear, Uncertainty and Doubt.  I believe this suit is nothing less than Apple’s attempt to slow down adoption of the Android OS by sowing Fear, Uncertainty, and Doubt into a certain subset of Android device manufacturers.  Trying to slow them or scare them from the market.

For those defending Apple’s litigiousness, Apple isn’t exactly walking the patent high road.  I and many others believe that Apple is just as guilty as HTC in the violation of patents.  For instance, it’s been widely reported that Apple is violating a very large number of Palm’s patents, core patents, patents to do with basic interaction of touch screen devices.  Patents that if enforced, could significantly inhibit the functionality of the iPhone or iPad as we know them.  Given those realities, it’s not hard to understand why Apple didn’t sue Palm, didn’t sue Motorola, didn’t sue Sony, didn’t sue Google.

I believe the reason Apple sued HTC is because Apple is terrified of Android, and with darned good reason.  Android seems to be on a faster development curve than all other smart phone OS’s combined.  Android is growing by leaps and bounds, both in number of devices and the quality of the OS.  Android version 2.1 put forth a very serious threat to Apple’s latest OS, while upcoming versions of Android could very likely best Apple’s product.  Android is free and it can be better than free to the phone companies who also get paid by Google to embed their search.

We’ve talked about who Apple didn’t sue, what about who Apple did sue, HTC.  HTC is a company with a very thin patent portfolio, a company that makes phones for other companies, a company that enables Google’s Android to grow, and a company that is the weakest, yet highly visible, link in the Android chain.  While certainly the weak link, HTC is not a core link of Android’s chain.  Even if Apple completely prevented HTC from selling Android products, they wouldn’t stop Sony, Motorola, or Google.  They wouldn’t stop Android phones and devices from hitting the market.  At best, they’ll slow down the introduction of low cost Android devices.  At Best.

As for the industry’s response to this suit, I strongly disagree with reports in the media that this has sent Apple’s competitors back to the drawing board to change their software.   I don’t think Motorola’s, Google’s, Sony’s or Palm’s software engineers blinked an eye at this lawsuit.  Those companies are safe as houses, billeted behind their own extensive patent portfolios.  Apple won’t get into it with them, because Apple is very likely violating any number of those company’s patents.

As for HTC, I think their response could be something so small as to go almost completely unnoticed by the general public.  For instance, they could attempt to indemnify themselves by no longer actually loading software onto their devices.  Google could take over that portion of the business.  It might seem as though this could create a horrible manufacturing bottleneck, but probably not.  Most Android phones aren’t assembled by the companies that brand them; they’re assembled by rather anonymous Chinese companies.  I suspect no actual HTC employees do the loading of software onto HTC devices.  Google to pay the Chinese manufacturing company to do the actual loading of software, it could put a serious dent into Apple’s attempts to solely attack HTC.  Were Apple to want to continue the action, they’d probably have to add Google to the suit.

Which gets us to the heart of the matter, this isn’t really about HTC, this is a battle between Apple and Google.  So what will Google do?  Google has to be very seriously studying the legal ramifications of indemnifying all of its Android customers, agreeing to back them, to hold all Android device manufacturers (or a subset of them) harmless of any patent violations. Google is very likely weighing whether they have enough patents to go up against Apple’s patent portfolio.  The moment Google indemnifies Android manufacturers, Apple and Google will officially be at war.   Wars like this typically take years to find a winner, during those years, neither company will slow down the development of their mobile operating systems.

If Google takes up the fight and indemnifies HTC and all Android manufacturers, Apple’s lawsuit gambit will have utterly failed; Apple wouldn’t have slowed down Android a day.  With Google at their back, the Asian companies with thin patent portfolios will no longer have any reason to fear Apple, they’ll have the confidence to flood the market with Android devices, exactly what Apple is seemingly trying to prevent.

Now it’s Google’s move, it will be fascinating to see which way they’ll go.