Use Fewer Neurons for a Simple Phone

Or, replacing your neurons with a Nuron to tie your brain in to everything

Just like you don’t think about the neurons in your central nervous system connecting your brain to the world around you, the new Nokia Nuron is the easier-to-use touch screen for T-Mobile customers. Much like other Nokia cells*, the Nuron is pocket size, easy to use, and durable. Other phones utilized by T-Mobile with the same feature set,

come in one of two flavors: bulky or difficult to use. The Nuron has nearly every expected modern feature, and the raw horsepower to make it work. Nokia has set the MSRP for the Nuron to be $180 without a contract, and $80 with the contract**.   Consider for a moment that a 4 gig micro-sd card retails for about a third of that $80, and it is easy to see why T-Mobile would be excited about marketing this little gem.

Features at a Glance 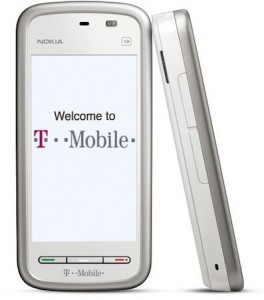 Well, not the band, but the preview time for this, the latest offering from Nokia and T-Mobile at the cost of numerous hours enjoying the exploration of all the features this new device had to offer.  One of the most intriguing features was the Built in GPS. This feature, foreign to me and my normal T-Mobile Dash, had me entertained with every trip to the mall, grocery store, and, hell from one side of the yard to the other. The GPS is easily visible and accurate enough to send me to the right places.  Once, I managed to “outrun” the GPS, but the Nuron only took a moment to recalculate the directions–no worse than a Garmin or TomTom. Like most higher-end phones, the camera in the Nuron can capture negative images, a little feature to entertain yourself during boring university lectures.  The camera lens provided on the phone takes crisp images that look really good on the vivid touch screen of the Nuron.

The 3G reception of the phone works better than expected, as T-Mobile has been relentlessly expanding their 3G coverage. An interesting feature of the Nuron is a twist on the “back” button providing instant access to a visual browsing history that utilizes a scaling reminiscent of  the Mac’s tool-bar.   Another included feature the Nuron has to offer is the FM Radio. After about a minute of the radio tuning, one can easily receive all the stations in an area, and the radio/mp3 player is located right in the drop-down shortcut bar. These features, as well as the many others the Nuron provides, are all dependant on one thing, the touch-screen.  With some phones this is problem; Nokia’s Nuron, not so much. The sensitivity of the Nuron’s touch pad could only be described as touch-immersion, since the implementation  of the rumble makes the use of it feel organic.   For a modern smart-phone, with a laundry list of features, that lives this close to the “entry level,” an organic or intuitive touch screen was a welcomed surprise.  In fact, after just one week of use, this phone feels like a natural part of daily life, not unlike those strange little electrochemical transmitting beacons of the same name.

T-Mobile Tap:  We really have no idea who makes the Tap for T-mobile, it’s a rebranded something. We think…  Aside from that, the difference in the cost is the amount someone would pay for the micro SD card that is included with the Nuron, but missing from the Tap.  Somehow, the tap is expected to have a lesser quality touch-screen too.

T-Mobile G1:  About a 25% cost increase over the Nuron, but again slashing on the SD by 75%. Nice.  However, the G1 does have WiFi capabilities, possibly making that monthly bill a bit smaller.

It isn’t that the Nokia Nuron has better features, or even more features; no, what it has is a generally more intuitive interface and a better price point for those features when considering a major label phone.  This phone, the Nokia Nuron, and it’s introduction may mean more for T-mobile’s line up than simply rounding out their catalogue.  To borrow a phrase from a certain U.S. President, it will fundamentally change the economics of the entire T-mobile catalogue of phones.  Mark this day on a calendar, gadgetnutz, this is the day that Nokia changed T-mobile’s phone pricing structure–whether they know it or not.

Notes:
*Sorry, the pun was intended.
**This is an expected set of prices that are subject to change

Big thanks to Charles U. for research, testing, notes, and the rough draft.