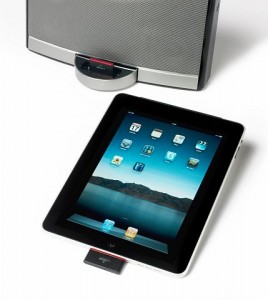 For people with an iPod and a docking system they can just dock their iPod in system and listen to music? But if you own an iPad this won’t fit in the dock.

Plug in the Airphonic Plus system to transmit music wirelessly from an iPad, iPhone or iPod to an iPod Docking System and still use all the great features while listening to your music.

The Airphonic Plus system consists of two small dongles, the S5T+ transmitter which connects to any iPad/Pod/Phone and the RX1+ receiver replaces an iPod etc in a docking system. 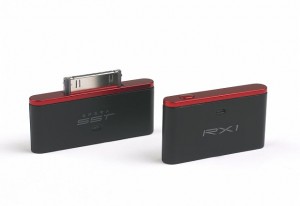 The dongles need only to be paired on first use and from then on simply plug the RX1+ onto a Docking System, insert the S5T+ into an iPad, iPhone or iPod and after a few seconds the LED’s will flash and music will play.

Users have full streaming, remote volume and track control at up to 10 metres line of sight.

Music sharing with up to 4 receivers – The Kleer eco-system Users can share music with to up to four friends, if they are using Kleer based wireless headphones from Opera, Sennheiser, TDK and more. Or transmit to 4 docks simultaneously (requires extra RX1 or RX1 receivers) 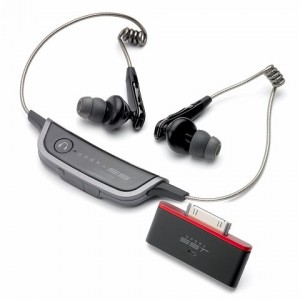 WiFi Coexistence – a robust drop-out and interference free sound The S5T+ operates in the 2.4Ghz band minimising drop out due to other radio sources such as WiFi and Bluetooth. A Kleer radio channel occupies only 3MHz of spectrum, allowing 16 such channels across the 2.4GHz ISM band. Channel switching is accomplished in less than 800 microseconds. Result, no drop-outs on music and no interference.