Gadget Days of the Past 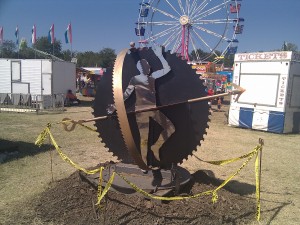 While our site here revels in the latest gadgets this past weekend I visited an event local to the Richmond, Virginia area that had me instead reveling in the gadgets my ancestors would’ve used.

The event, held by the Rockville-Centerville Steam and Gas Historical Association, was their annual Field Day of the Past. At it’s core this event gives the association an excuse to show off it’s overwhelming collection of buildings and steam-driven machinery. While there are many permanent on-site installations, collectors are known to truck in their own machinery to exhibit as well.

Personally I’ve never seen anything like this before and have never heard of it either. The three-day event has the atmosphere of a classic county fair with games, fair rides, deep fried food, and various entertainments. While the traditional fair area is relatively modest – the rest of the events span a huge area. Given that you’re going to see enormous steam and gas driven machines this is hardly surprising.

Locals, such as myself, will see some of the machinery and buildings as they’re in a field just off a highway exit taken on a regular basis. For years I wondered why someone was collecting not just machines but buildings as well. Seriously – collecting buildings? Originally I thought the first building there was just an old service station that had been abandoned. Then another old service station was relocated to this field when the new mall expansion pushed it out. At this point I realized these machines and buildings were an actual collection. And it was growing…

So what is Field Day of the Past? 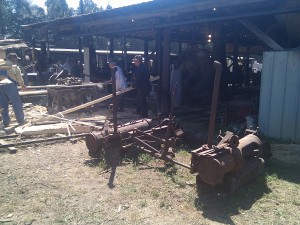 Field Day of the Past is a family event sponsored by the Rockville-Centerville Steam and Gas Historical Association.  This show mixes the warm, down-home atmosphere of the county fairs of yesteryear with exhibits and displays of museum quality.  In the summer of 1992, a few steam and gas engine collectors gathered for an informal discussion on the possibity of hosting a steam and gas engine show in Goochland County, VA.  They organized the Rockville-Centerville Steam and Gas Historical Association and hosted its first show, which attracted 5,000 people.  Today the show has expanded into a 3 day event, held the third full weekend in September and draws a crowd of approximately 30,000 people annually.

The event offers historical displays and exhibits, re-enactments, tractor and truck pulls, small engine displays, arts and crafts, flea market, antique and modern construction equipment demonstrations, a log cabin with ongoing heritage craft demonstrations can be experienced throughout the weekend. Volunteers demonstrate the daily routines of the life of a family surving in early rural Virginia which include wheat and peanut threshing, meat smoking, the making of sorghum molasses, washing clothes, canning, saw milling and other chores. 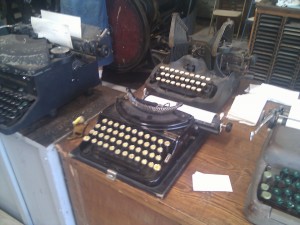 This is merely the tip of their iceberg. While there I saw displays of antique military vehicles, antique cars (some VERY antique), and more antique trucks and working vehicles than I’ve ever seen.

While there is a strong focus on steam technology (…and why I don’t see SteamPunk enthusiasts here I can’t say) the Gas side is clearly well represented as well. Occasionally there is some theme to the organization of exhibits but often you’ll turn a corner from a steam-driven sawmill to find a collection of lawn mowers that include magnesium decked gas mowers, to chainsaws that take a team of people to control.

Something about this whole event just felt more pure and fun than the regular state or county fairs. Perhaps it’s because this event isn’t simply jobbed out to a fair company but is instead run by the locals themselves. Whatever else that something is – it is a unique event and completely fun.

Look for it again next year on the third full weekend in September.