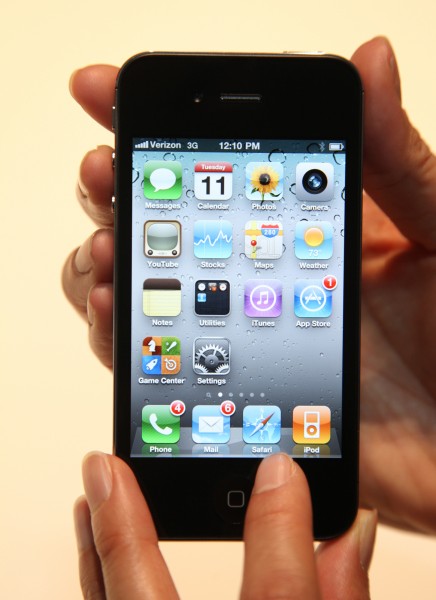 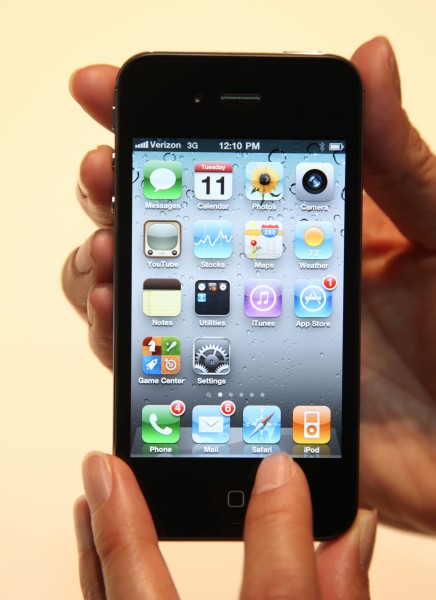 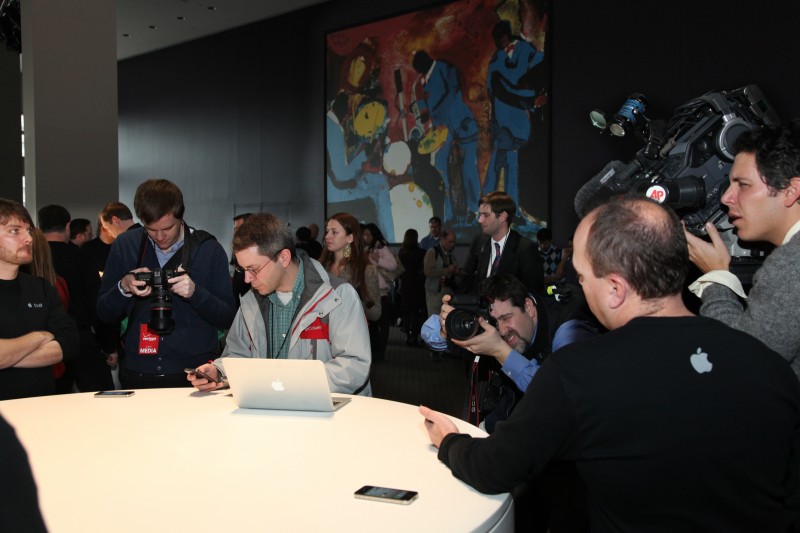 At a media on January 11th event in New York City, Verizon Wireless and Apple announced the companies have teamed up to deliver the iPhone® 4 on Verizon. Here, Lucky attendees ogle the iPhone.

iPhone 4 in action. Looks like a nice big screen.

At the iPhone 4 Verizon unveiling, Dan Mead, President of Verizon Wireless, and Tim Cook, COO of Apple, answer questions from the press