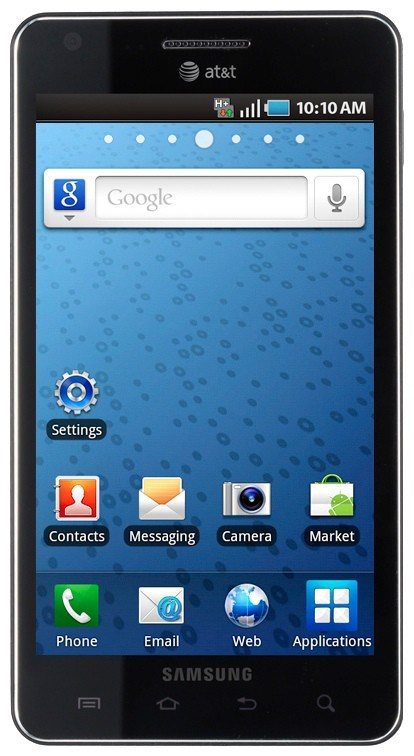 Samsung’s 4G Infuse Will Be For AT & T Customers

The 1.2 GHz processor will be running Android 2.2, and is joined by an 8 megapixel rear-facing camera with LED flash and HD recording capability.  It is expected to become available in the second half of 2011.

The official announcement from AT & T was short and very much to the point:

The Samsung Infuse™ 4G will be the thinnest Android device and feature the largest screen — at 4.5 inches — in AT&T’s smartphone lineup.  The device delivers a brilliant display using Samsung’s next-generation Super AMOLED™ Plus technology which features 50% more sub-pixels for better contrast and outdoor readability. The Infuse will be powered by a 1.2 GHz application processor and run the Android 2.2 platform. This device is slated for launch in the second quarter of 2011, only for AT&T customers.