Everything you ever wanted to know about Dropbox

The other week my brother wanted to send me files and asked if he could share them on his Dropbox. I learned that this was a really convenient method for sharing files between devices and people. My brother uses a MAC and 90% of the time I am on my Ubuntu Linux system. It’s quite easy to find and install Dropbox no matter what your system is. If you wish to install from the Dropbox site, go here.

If you wish to see the list of distros for Dropbox on linux
https://www.dropbox.com/downloading
If you have Ubuntu it’s also in the Software Center, just search “Dropbox” and it will come up.

After you install it and then start it up (it will be in your Application/Internet Menu). It will show the Dropbox icon in your panel: 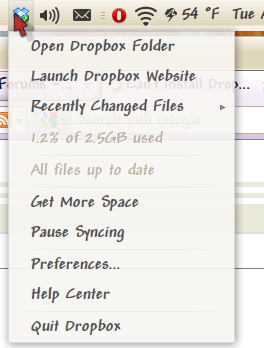 From there you can open a Nautilus window which shows your Dropbox folder. These are the files that live on the Dropbox server as well as any computer/device you chose to share those files with. 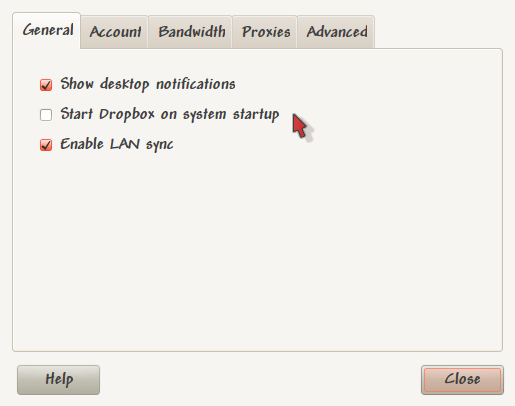 you can change your preferences from this menu item. The only thing I did alter was to not have Dropbox start on boot up since I don’t need it all the time.

So when my brother sent me a link to his files what he did was Share that folder by placing my email address on the list for THAT folder. I then only had to acknowledge the share and access the folder. I could do that either from my browser or from the newly installed Dropbox program, whichever was more convenient at the time. Obviously if I need files which will be used as part of a web page, for example, then I just move them from the Dropbox folder to the location I need them to be. If, on the other hand, my brother has uploaded a sound file that he wishes me to listen to, I can just access that via my Opera browser and click on the file from the Dropbox site. It will then play within the browser. In other words I don’t have to download a file to access it.

Accessing your Dropbox account via the web site lets you view how many computers and devices are connected to your account. At any one time I have had my laptop, a Blackberry phone and an Android phone connected. You can delete, move files and check how much space you have. You start out with 2GB and can “earn” more free storage by referring people to Dropbox. (Feel free to add to my storage by sending my your email address. tee hee)
Dropbox keeps a one-month history of your files, even if you delete them. Just access your History and ‘Show deleted files”.

Before I move on to other devices like phones let me add some info about Linux use. Dropbox needs Nautilus to manipulate files. But some distros don’t use that file manager. Here is one solution if you use Openbox:
Dropbox with Openbox

I don’t use Openbox so I don’t understand all that, but if you need help you can always join openubuntu. They are very helpful.

Ok, so now we come to using Dropbox on phones. Download the app for your particular phone:
Dropbox for various mobile devices
https://www.dropbox.com/anywhere

In the case of the Android you can also scan the QR Code.
With Blackberrys you are given an address that you use your phone to access. It looks like this:
(from the web site) 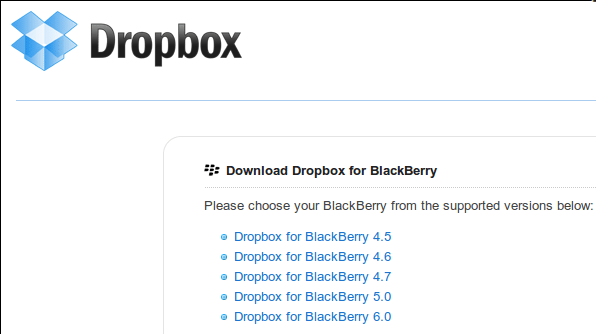 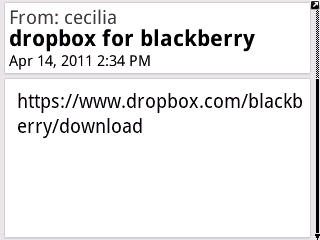 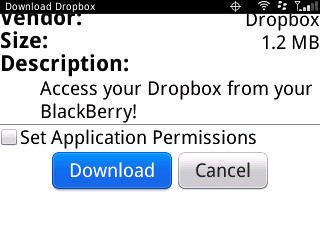 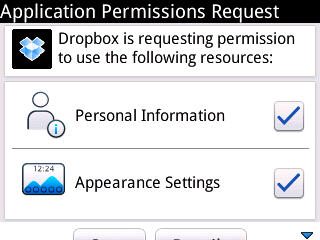 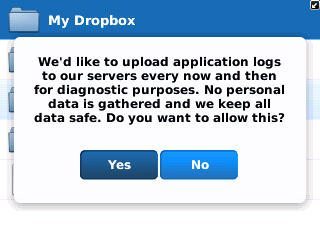 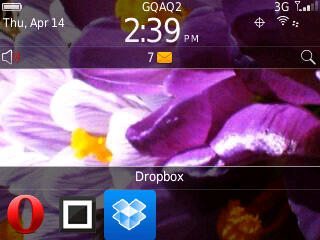 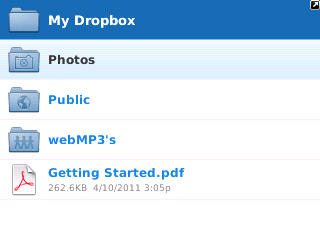 sending a file to Dropbox 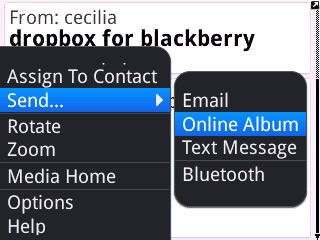 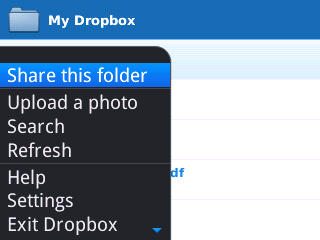 uploading a picture to Dropbox 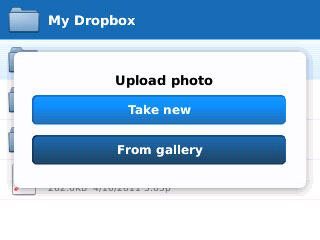 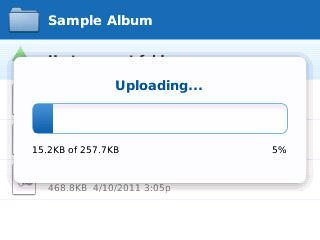 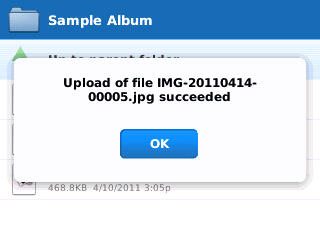 Dropbox on a Blackberry is fairly straightforward. If you have music in your Dropbox and wish to listen on your phone, just turn on Dropbox, go to the folder, click on the sound file and it immediately starts to play. And I’ve done this with very large files. Like 200 megs large. The files don’t get saved on the phone, they stream in.
If you have a lot of pictures you wish to upload to Dropbox, it can get a bit clumsy as you have to upload them One at a time from the Blackberry.

Now, using Dropbox on an Android phone is really wonderful. Aside from downloading the app from the site you can also get it from the Android Market. When you wish to upload a picture from the phone’s Gallery, just use the Share icon, pick Dropbox and the list of folders show up, chose where you wish the file to go and it’s on its way. What makes this easier than a Blackberry is the simple fact of Touching the screen. Sending files one after the other to Dropbox is much easier with a Tap here and a Tap there. It just is.
So, how cool is that?

Want to hear more coolness? One way I use Dropbox is to send files to my friend – who sometimes is sitting right next to me. Sounds crazy? It’s faster than using a flash drive or even emailing. Really.