“PlayStation Vita will redefine traditional boundaries of gaming and blur the lines between entertainment and reality.  Its launch will serve as a pivotal point in the history of portable gaming and create a new fan base of PlayStation gamers for generations to come,” said Jack Tretton, president and chief executive officer, SCEA. “With its technological prowess and social connectivity, PlayStation Vita offers an experience beyond anything available on the market. Features such as the dual analog sticks, dual cameras, and front and rear touch pad are all designed to deliver the unique, powerful gameplay experiences consumers have been asking for and enable new ways for users to connect with the world around them.”

In addition, with both 3G and Wi-Fi support on some models, PS Vita will draw consumers deeper into the gameplay experience and enable them to connect and play with the world around them, including their friends and other PS Vita owners through native PS Vita applications – near and Party. A variety of social networking and communications services such as Facebook, foursquare, Skype™, and Twitter will be available on the PS Vita system. 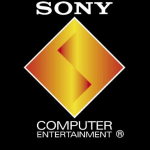