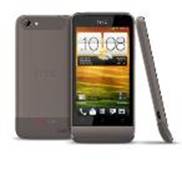 HTC and Verizon Wireless have released two Spectacular phones. Give a ‘Hello’ to the DROID INCREDIBLE 4G LTE and the HTC One V

DROID INCREDIBLE 4G LTE by HTC features Beats Audio™ which is enabled across the entire experience for a rich and authentic sound whether customers watch a YouTube™ video, play a game, or stream music over 4G LTE. Beats Audio allows customers to listen to music the way the artist intended with thundering bass, soaring midrange and crisp highs.

The DROID INCREDIBLE 4G LTE captures life’s special moments with an advanced 8-megapixel camera with quick activation from the home screen so customers never miss that perfect shot. Additionally, there’s no longer a need to choose between shooting video or taking photos, HTC Video Pic™ allows users to shoot HD video and capture photos at the same time. With 4G LTE speeds, sharing photos and video via email, uploading to the cloud or posting to social networking sites is a breeze.

DROID INCREDIBLE 4G LTE is packed with features to make life easier and customizable. Customers can personalize and use lock screen shortcuts to quickly access their four favorite apps. Folders can easily be created on any home screen for additional customization and organization. A Read Later feature allows people short on time the ability to save browser content like news articles and websites that can be viewed later, even while offline. The smartphone is also NFC capable so customers can take advantage of Android Beam™ to quickly share Web pages, apps, contacts and YouTube™ videos with friends by simply tapping two compatible phones together.

The Verizon Wireless 4G LTE network is available in 230 markets across the Unites States. In real-world, fully loaded network environments, 4G LTE users should experience average data rates of 5 to 12 megabits per second (Mbps) on the downlink and 2 to 5 Mbps on the uplink. When customers travel outside of 4G LTE coverage areas, devices automatically connect to Verizon Wireless’ 3G network, where available, enabling customers to stay connected from coast to coast.

The new DROID INCREDIBLE 4G LTE by HTC will be available in Verizon Wireless Communications Stores and online at verizonwireless.com in the coming weeks. 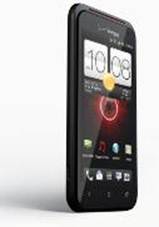 HTC One V to Arrive in the U.S. This Summer

First U.S. preview to be held at International CTIA Wireless 2012

New Orleans – May 8, 2012 – HTC, a global designer of smartphones, today announced the global version of the HTC One™ V, part of its highly anticipated HTC One series of smartphones, will be displayed for the first time in the U.S. during the International CTIA Wireless 2012. The HTC One V is expected to be available through a variety of U.S. partners later this summer.

The HTC One series represents HTC’s most premium mobile experience with a new level of premium design, amazing camera and authentic sound experience. With the HTC One V, HTC integrates Android™ 4.0 (ICS) with HTC Sense™ 4, the new version of HTC’s branded user experience with HTC ImageSense™, a new suite of camera and imaging features that set HTC One apart from other phones. HTC Sense 4 also includes broad enhancements to audio quality and simplifies how people listen to music on their phone.

With HTC ImageSense, the HTC One V offers an amazing camera that delivers fast image capture, better image quality under adverse conditions, and an easy-to-use display with side-by-side photo and video capture buttons. The camera can be quickly activated from the home screen and the superfast autofocus enables continuous shooting to ensure you don’t miss those special moments.

The 5-megapixel camera with f/2.0 back illuminated sensor, means that more light is allowed into the sensor to capture quality photos in adverse conditions, such as low light, no light or bright backlighting. With HTC Video Pic™, the smartphone is also capable of capturing still photos while simultaneously recording HD video, and in addition, can capture still images during video playback.

HTC Sense 4 also integrates Dropbox, enabling customers to get 25 gigabytes of free Dropbox space for two years – enough to keep more than 10,000 high-quality photos – and makes it easy to edit, save and share photos, videos, documents and other kinds of files. HTC One V also gives an easy way to share photos and videos with family and friends through Media Link HD* which wirelessly sends content from the smartphone to any TV with an HDMI input.

HTC One V also provides authentic sound with Beats Audio™ that allows listeners to experience music as the artist intended, creating rich, premium sound experiences whether listening to music, watching a movie, or playing a game. HTC Sync Manager software makes it easy to transfer songs, artists and playlists from a music library on a computer to the smartphone. The new HTC Car Stereo Clip* also allows customers to easily bring their mobile music to their car’s sound system.

Premium Design
Utilizing the classic, award-winning design of the HTC Legend, the HTC One V brings iconic design to a smartphone with broad appeal and a premium experience. The timeless, simple aluminum unibody architecture and slightly curved chin allow the HTC One V to fit smoothly in the palm of your hand. The 3.7-inch screen is a delight to the eyes, made out of reinforced glass and is scratch resistant. The HTC One V features a speedy Qualcomm™ Snapdragon S3 1 GHz processor, and is supported by a 1,500 mAh battery.

The HTC One V will be available in the United States from a variety of partners in the summer of 2012. More information on the HTC One series of smartphones can be found at htc.com/us/.

Media can view the global version of the HTC One V during International CTIA Wireless 2012 at HTC’s Booth # 3519.