The Galaxy Note’s star feature, the S Pen provides pressure sensitivity and added precision, but because it also needs to fit into the Note’s thin frame it’s also bounded by specific size constraints. The result is much smaller, thinner and less useable than a regular Pen and that’s exactly where the Stylus Pen and Holder ET-S110E steps in. It gives you the usability and size of a normal pen with the functionality of the S Pen. In this review we take a look at our 4th Galaxy Note accessory. Is the ET-S110E worth checking out? 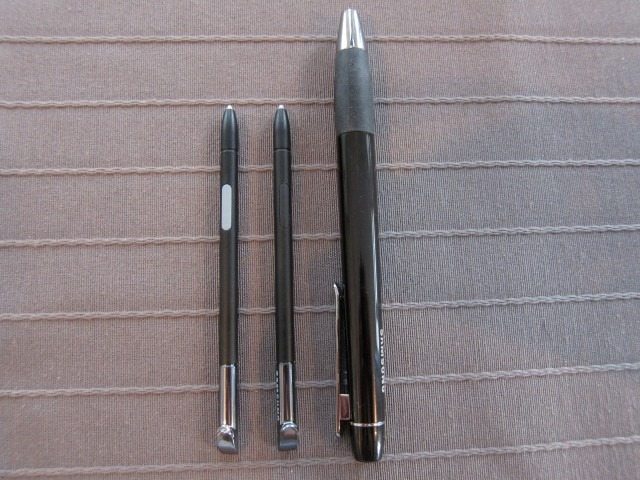 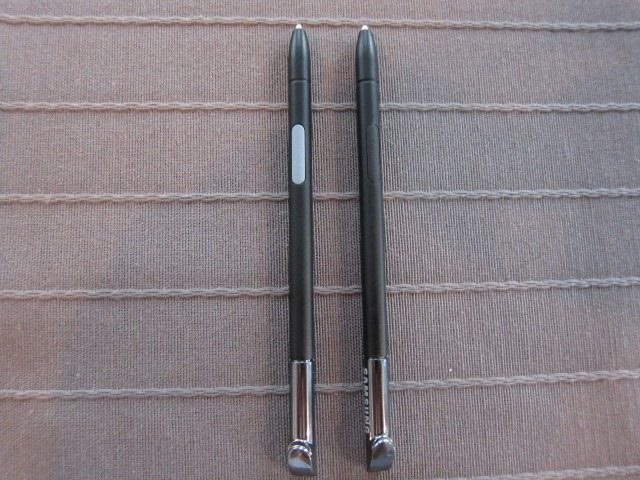 The S Pen isn’t your standard stylus: Samsung have basically given the Galaxy Note a Wacom active digitizer system, allowing the Note to not only use traditional capacitive styli, but also give it the added benefits of the S Pen which include pressure sensitivity, added precision, speed, gestures and capture tools, features you can’t get with a standard stylus. This made the Note in combination with the S Pen, the smartphone to get when it comes to sketching and taking notes. However, in many cases the S Pen feels a bit too small and thin to hold comfortably, taking a bit from the overall solid experience. 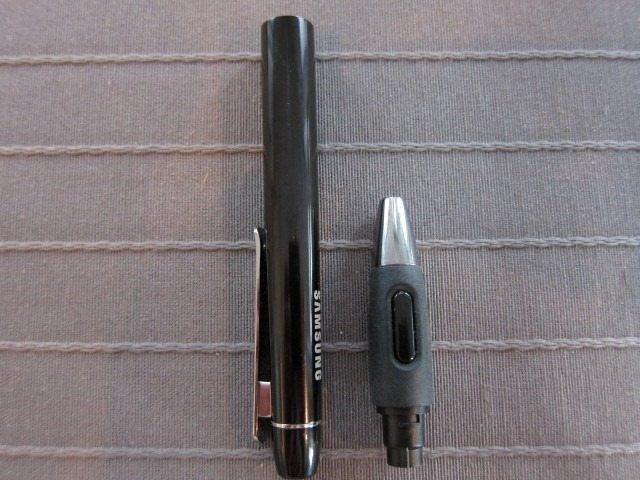 The Stylus Pen and Holder ET-S110E aims to solve this and is actually two devices in one: at its core it’s still the S Pen, but it also includes a full-size pen holder, allowing you to put the extra S Pen inside the holder. With a price of about $55 to $60 dollars it’s quite expensive, but at least you do get an extra S Pen, which separately costs anywhere from $20 to $29. The ET-S110EWE is a different version and includes the Black holder bundled with a White S Pen for those of you with the White Galaxy Note. With the ET-S110EBE you not only get an extra S Pen, but  you actually get the newer version which includes a Grey instead of a Black side button. The first batches of the Dark Blue Galaxy Note came with the older version of the S Pen which had a black button. The Black button in combination with the Black pen was a bit difficult to find in certain situation, especially since the button isn’t raised. Samsung slightly changed the S Pen adding an easier-to-see Grey side button and the ET-S110E includes this updated S Pen.

Don’t confuse the  ET-S110E with the Galaxy SIII’s C Pen which basically is a capacitive stylus with a hard and thin tip. It also lacks the ET-S110E’s side button and Wacom digitizer technology. As a result it isn’t as precise and lacks pressure sensitivity. Lastly the C Pen will work on the Note, but neither the S Pen or ET-S110E will work on the Galaxy S III. The S III might be the newer device, but both the Stylus Pen and Holder ET-S110E and S Pen are miles ahead of the C Pen, which is nothing but a glorified stylus with a thin hard tip. 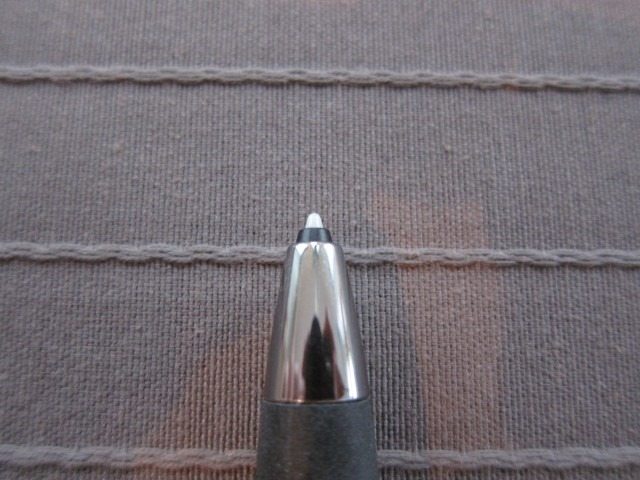 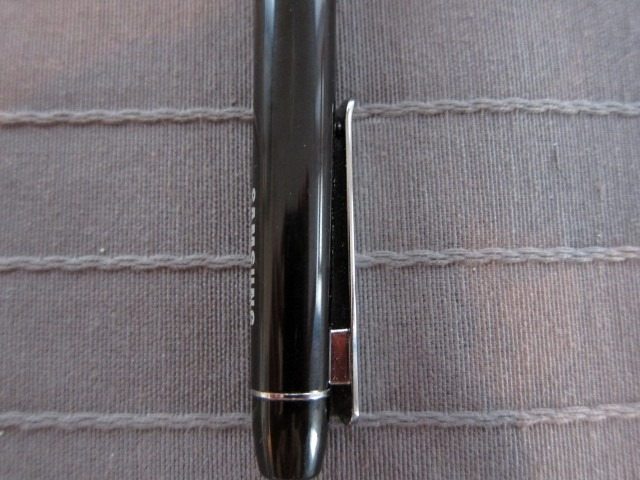 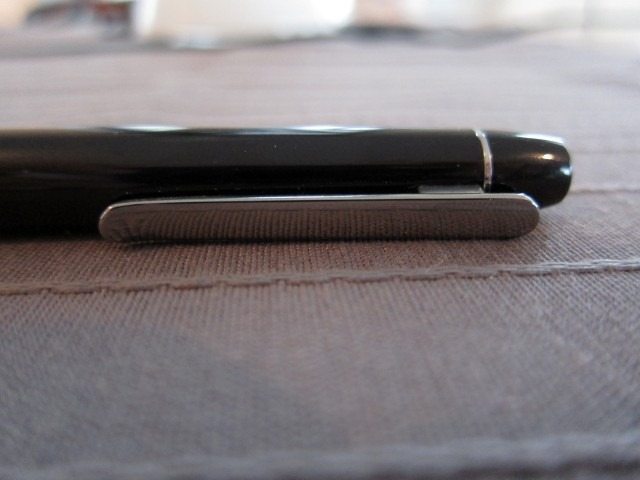 The holder is Just like an ordinary pen and unscrews dividing in two parts. But unlike a normal pen it’s completely hollow, lacking even a writing tip. The idea is that by inserting the extra S Pen in the holder it uses its tip. At first it’s unclear how should insert the S Pen to align it properly, even the manual stays mum about how to do this, but a closer look at the lower portion of the holder reveals a shape that exactly matches the back of the S Pen. There’s no way you can get this wrong as it’s the only way the S Pen will fit into the lower half of the holder. Once you attach the top half, the side button of the S Pen nicely aligns with the side button of the holder and pressing on the holders button presses down on the S Pen’s side button. Samsung could have created an ET-S110E with the S Pen built-in, but we like the ability to take S Pen out and replace it when needed or having a spare stored in the holder in case you lose your Note’s S Pen. The idea is perfectly executed making it almost impossible to tell that you’re actually using two accessories in one. 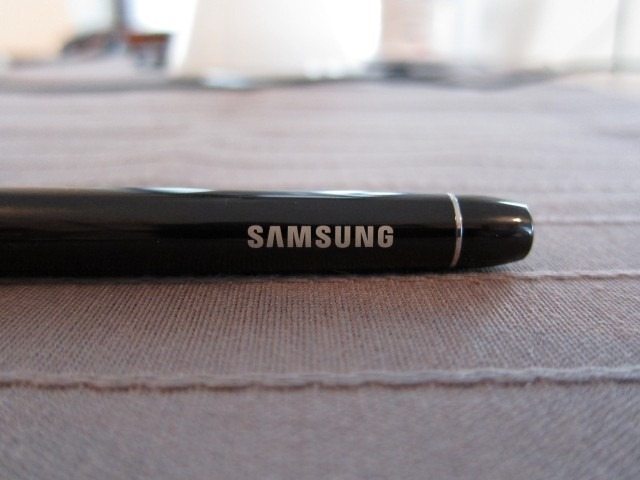 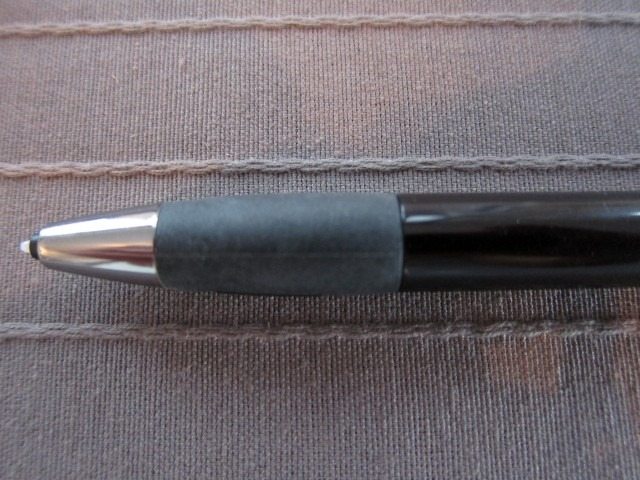 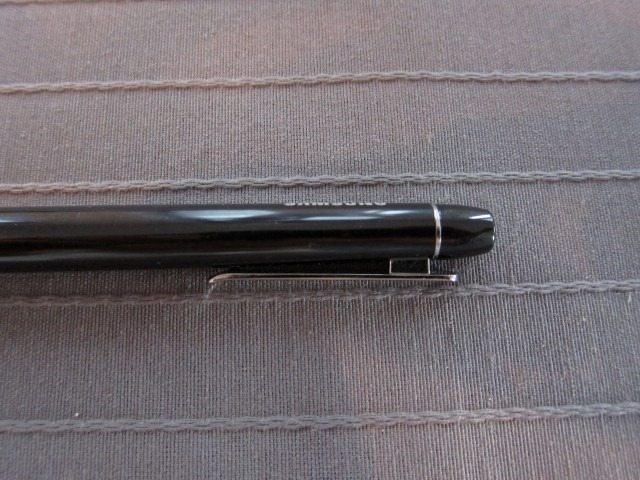 The ET-S110E looks like any regular premium pen, except of course for the Samsung logo, the side button and the rounded plastic tip of the S Pen. Just like a standard pen it even has a chrome clip and a glossy Black finish. The side button is also  glossy black and makes a nice click  when pressed. It’s also slightly raised making it easy to find without looking at the holder, something which can’t be said about the S Pen.  The button is surrounded by a rubber area that adds much needed grip and makes the pen quite comfortable to hold. The rubbery area is followed  by a chrome top from where a portion of the S Pen  sticks out. Overall, the pen feels great in the hand with its quality materials, excellent fit & finish and is nicely weighted, about what you’d expect from a premium pen. 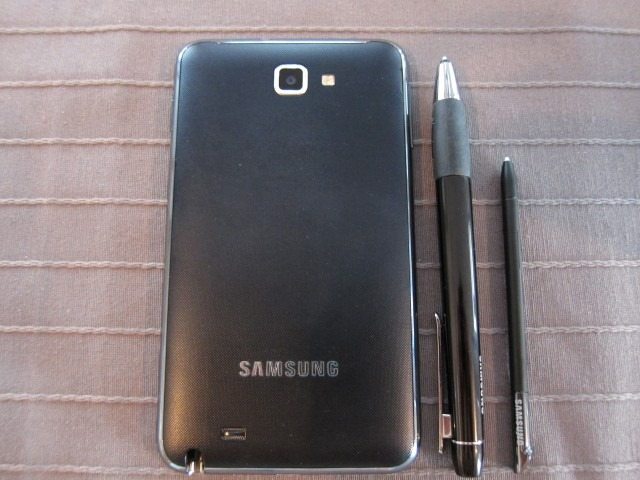 In use ET-S110E feels a lot better than the standard S Pen due its added length and width making it much easier to take notes and make sketches and drawings. It really is a night and day difference which is probably the reason why 90% of the time I prefer the ET-S110E over the S Pen. I also felt that when drawing I had a lot more control due to the rubber grip and the full-size of a regular pen. The only real downside is that when you’re done, you can’t neatly stow the pen in the Note. There’s always the option of using the clip, but nothing beats the ability to store the pen in the phone itself. Even with the Grey side button, I find myself having to look at the S Pen before having to press the button. With the holder it’s a matter of feeling your way to the raised button and the loud click makes it that much more pleasant to use.

The Stylus Pen and Holder ET-S110E fixes all the limitation of the short and thin S Pen and has all the benefits of the S Pen in the size and shape of a regular Pen. We loved the clicky raised button and the rubbery materials which make it that much easier to use. We also loved that you essentially get an extra  S Pen, but the $55+ asking price might be a bit too much for many. The ET-S110E is simply a must-have accessory for the Galaxy Note. If you loved the S Pen, you are going to fall in love with the ET-S110E and gets an impressive 9.9 out of 10.

Newer version of the S Pen with Grey side button included

Rubber area makes the pen easy to use

Has a pocket clip

Can’t fit into the Note

Special thanks to our friends at Mobile Fun, where you can find mobile phone stylus and Samsung accessories.