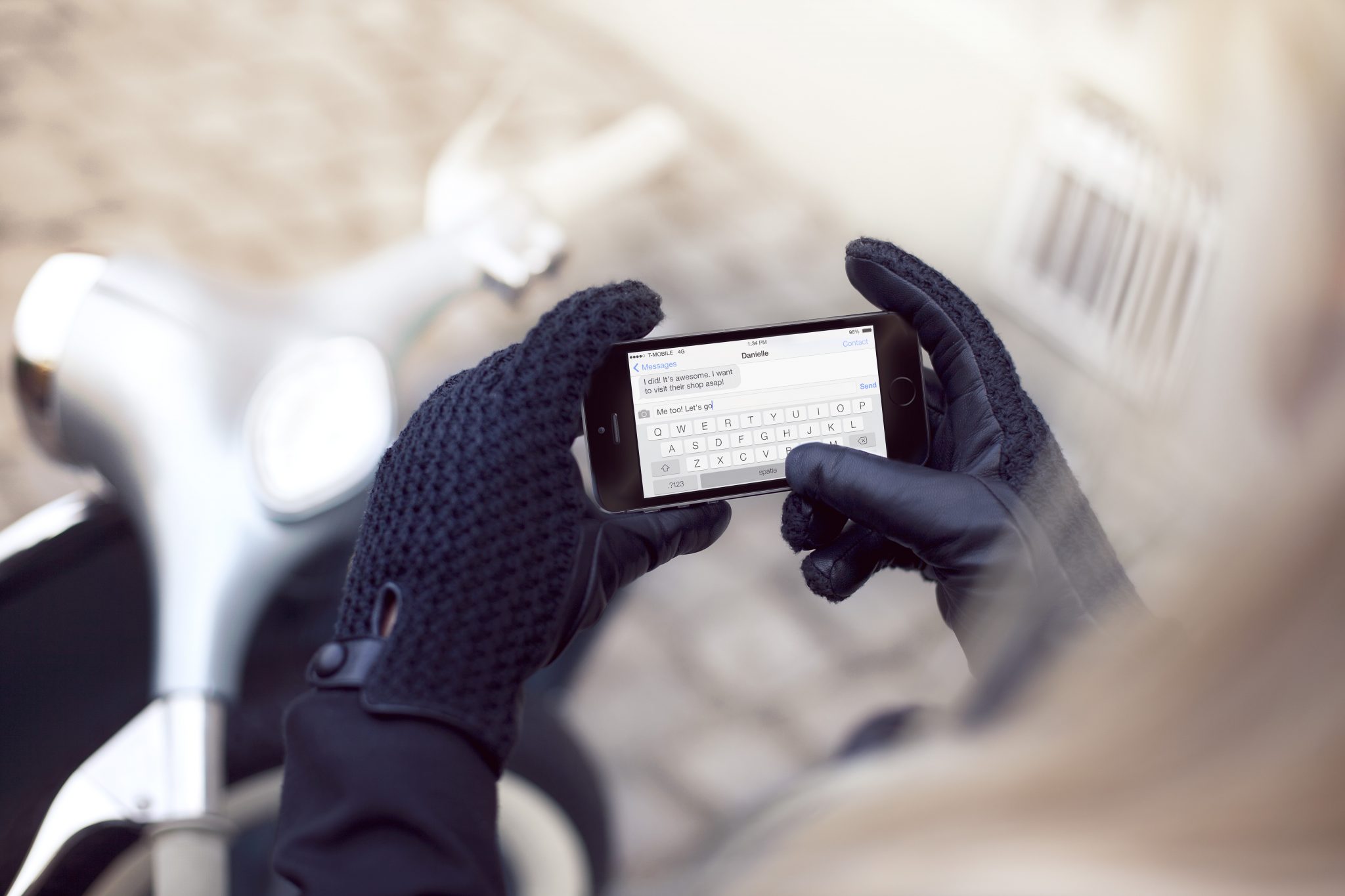 Mujjo is proud to introduce the world’s first leather touchscreen gloves for women, in response to numerous requests for a female version of the leather touchscreen gloves. The gloves feature a slim cut and increased length, tailored to fit the hands of women. Seductively understated and elegantly designed, Mujjo’s gloves are made of a well-thought-out combination of lambskin leather and crocheted cotton.

The gloves feature a slim cut and increased length, tailored to fit the hands of women. Unlike the male version, the thumb of the female version is made entirely of leather instead of crocheted cotton to create a deliberate contrast with the crocheted cotton on top of the gloves; this accentuates the length and contributes to a seductively understated but elegant design. A short leather strap crosses an elegant notch on the wrist where a carefully placed sophisticated black leather button provides a snap closure.

Evolved from traditional practices, the crochet pattern became popular in Europe during the 19th century. Beautifully understated; these leather crochet gloves are crafted out of a well-considered and unique combination of Ethiopian lambskin and Egyptian crocheted cotton in uniform dark tones.

Revolutionary nanotechnology integrated into the leather of the gloves mimics the conductive properties of the human skin; this makes the gloves touchscreen compatible.

The leather crochet touchscreen gloves, available in female sizes: 7 and 7.5 are now available for pre-order from the Mujjo online store. Shipping will start from november 28.