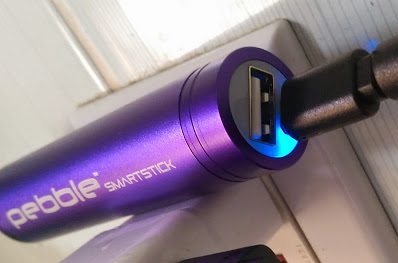 As regular readers here know I am a survivor of Hurricane-Superstorm Sandy. We didn’t get much rain where we live but we did got LOTS of wind and loss of power for five days. Even if the house phones’ battery backup had worked that only lasts eight hours. So, the ONLY means of communication available were going to be cell phones. The loss of power also affected cell phone towers. And one’s phone will drain faster as it looks for a signal. That SuperStorm left us with many a “black hole”. The first thing I did was get in the car and look for anyplace that had some power and maybe WiFi. It was tough going.

I couldn’t use the car to drive long distances because the gas stations couldn’t pump gas with no power. And I had my mother to look after. We had no idea how long we would be without power and I wanted to conserve gas. I needed to keep in touch with my brother. He lives near my aunt so he was in charge of her groceries and other needs. We were in a pickle!

It would have been great to have some batteries.

So mobilefun very nicely sent me their Veho Pebble Smartstick Portable Charger to test out.

This model comes in a variety of colors – mine is a lovely Purple because I just love devices that have a nice color to them. It’s small, comes with a knit bag so you can slip it in your handbag or pocket and take it out when your phone desperately needs a charge. The Pebble Smartstick holds a 2200mA capacity so that should be enough to fully charge most cell phones. It comes with charging adapters for iPhone (30-pin), Micro USB, Mini USB, Sony Ericsson and Nokia.

It takes a few hours to fill up the Pebble Smartstick. And of course, you can plug it into your computer or the wall. It has a red light while charging.

And a blue light when it’s fully charged. As you can see just plug in the mini-USB connection into the Smartstick to charge it. Switch the connections when charging the phone.

I have noticed that the Pebble Smartstick sometimes gets hot when discharging into my phone, but that’s not a problem. If the phone is at 75% charged it can get fully charged in about an hour. The Smartstick holds about a full charge so if a power outage lasts longer than a couple of days with no access to ANY power you are out of luck. However, it’s better than NOT having that extra power. I guess the most important aspect of this Smartstick Charger is the peace of mind it gives you. You don’t have to wait for a Super Storm to have that feeling of PANIC when you realize your phone is nearly out of juice. EEK!
It’s also very small and light, making it the perfect battery for trips.

This device is useful even when you aren’t trying to survive a power outage. But it does come in handy when your phone needs a charge. There’s two features that make the Capdase unique. You can charge two devices at once and it displays the car battery voltage. I had to take this photo in the garage because it was so bright out that day I couldn’t see the readout on the charger.

As I drove around with my phone plugged in to the Capdase charger I noticed there was occasional Interference with the radio. And by that I mean I hear static every once in a while. Hardly a major problem: just bring CD’s.

Here’s a photo – again in the garage – with a tablet and phone plugged in.

Now if I had the Capdase during the SuperStorm I could have been charging my phone while driving around looking for a place to get electricity. Which sounds a bit crazy but we live in crazy times. Both the Veho Pebble Smartstick and the Capdase car charger are important tools in one’s Energy Arsenal. I’m glad I have them handy for the next storm.