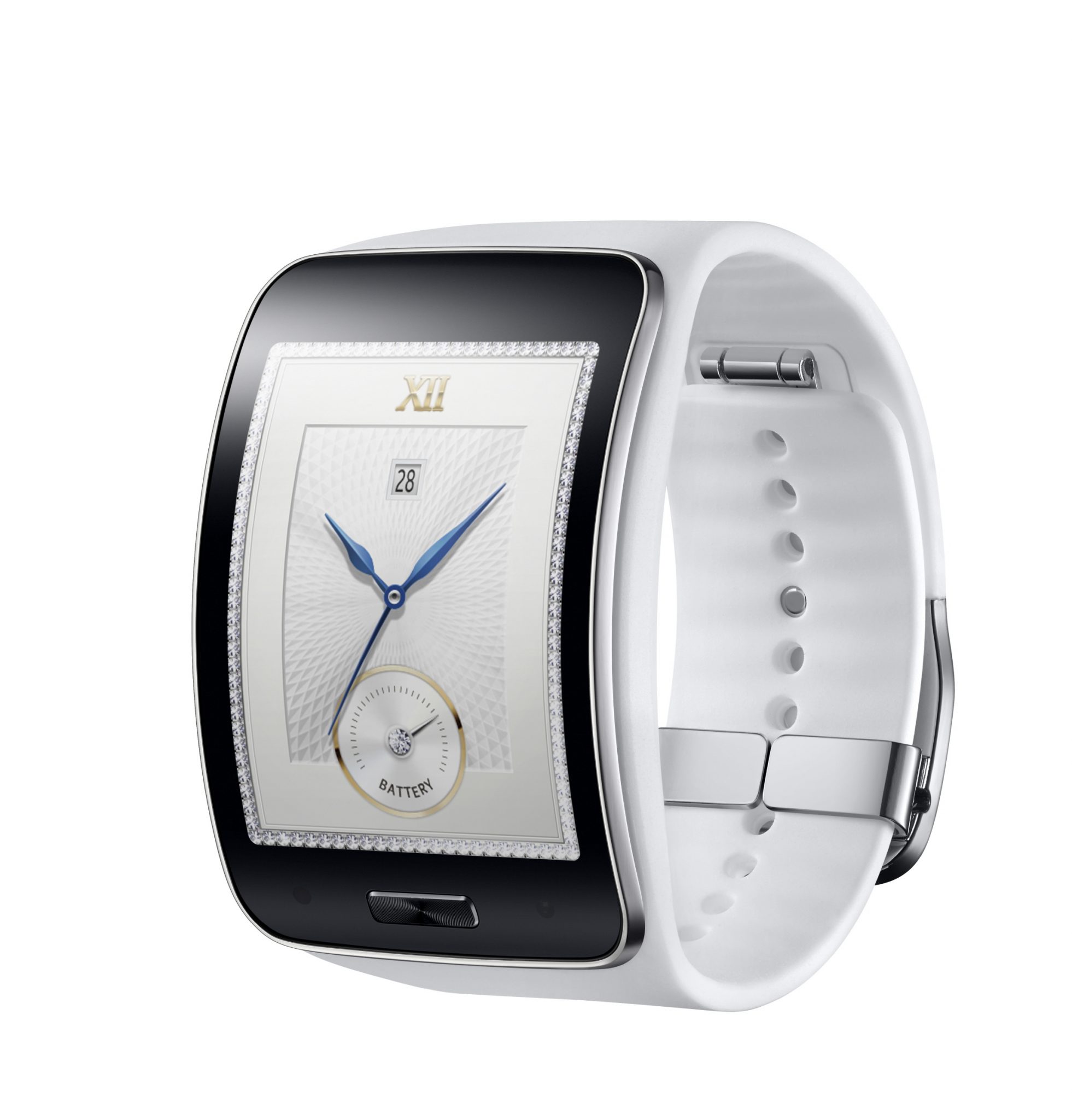 The Gear S – Samsung’s Most Stylish SmartWatch Yet

Supporting the Gear S in its use as a fitness tracker, a full suite of sensors live under the glass. An accelerometer, gyroscope, compass, heart rate monitor, ambient light sensor, UV light sensor, and barometer. Its IP67 water and dust resistance is the 2nd highest rating on the IP chart, and should easily allow the Gear S to be used while showering or swimming.

The Gear S includes the typical bevy of network technologies, including Bluetooth 4.1, 802.11 b/g/n WiFi, A-GPS and Glonass. USB 2.0 connectivity is also supported. Like previous Samsung smartwatches, this will likely be done through an yet not shown charging dock. A 300 mAh battery should get the Gear S through two days of typical use without need for a recharge.

Some might be surprised that Gear S eschews Google’s new Android Wear platform in favor of the Tizen OS. This may be because Android Wear does not yet seem to support stand-alone cellular telephony. Tizen also seems more miserly with battery use than Android platform smartwatches.

The Gear S is Samsung’s most stylish smartwatch yet. The included cellular communications, music player, fitness tracker and other features produce a compelling combination that rival smartwatch makers may find hard to top.