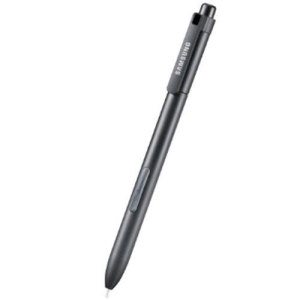 Think of Samsung’s Note series of phablets and tablets and probably one of the first things that will come to mind is the S-Pen. Not just a regular stylus, the S-Pen boasts Wacom’s digitizer tech, allowing it to be highly accurate with some neat tricks like various levels of pressure sensitivity. Traditionally the S-Pen has had to fit in the body of the Note devices, allowing you to always have it with you. On the other hand this also meant limitations to its size: shorter than a regular pen, but also quite thinner. While a smaller pen is just fine for quick notes, more serious work like drawing with the included Sketchbook ideally requires the dimensions of a full-size pen. That’s where the S-Pen with eraser steps in. 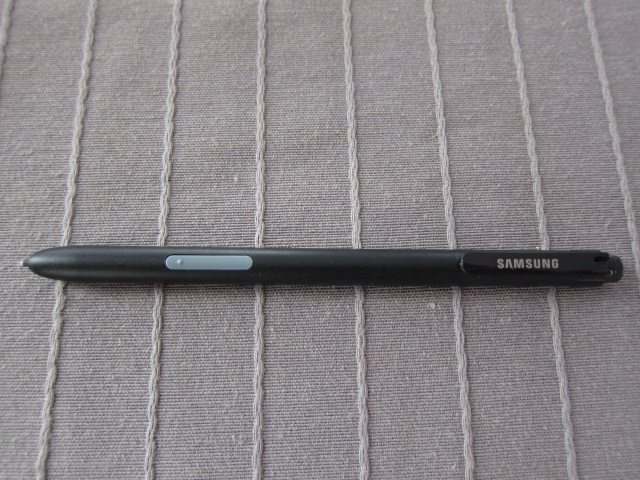 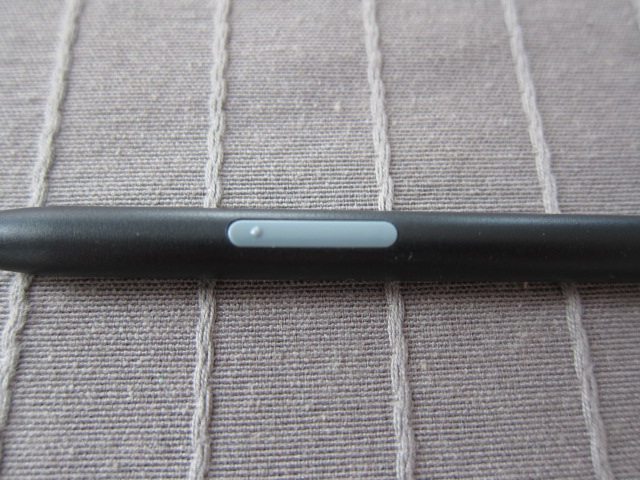 Don’t confuse it with the Note Stylus Pen and Holder (ET-S110E), which was basically a hollow pen with room to put the smaller S-Pen inside. The ET-S110E also had the same exact shape and weight you’d expect from a traditional pen. The S-Pen with eraser drops the hollow innards, giving you a fully functioning pen without the need to put a pen inside, while also giving you a digital eraser. From a design perspective it looks like a pen, but has the thinness and lightweight of a pencil. It also has the light-weight and feel you’d normally associate with a pencil, while a quality pen usually is heavier. If you were expecting the true weight and feel of a full-size pen, this simply won’t cut and you’d be better served by something like Wacom’s own Bamboo Stylus Feel series. 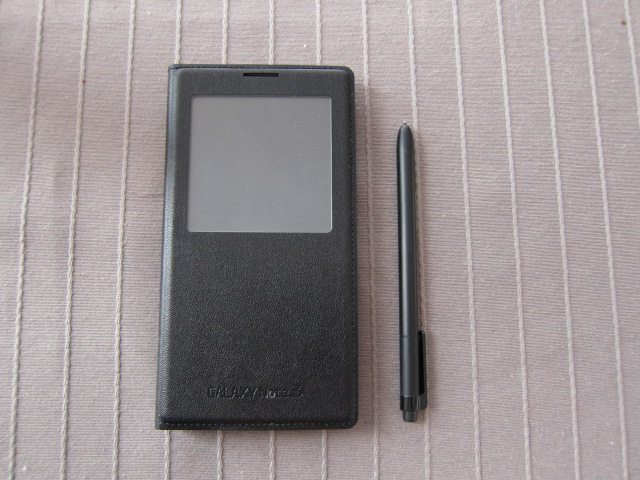 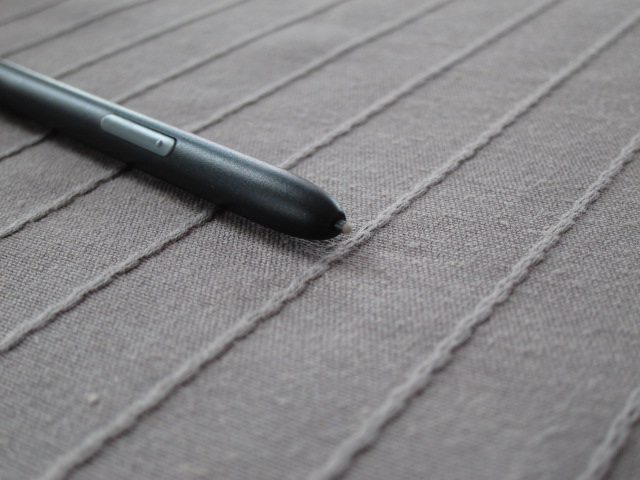 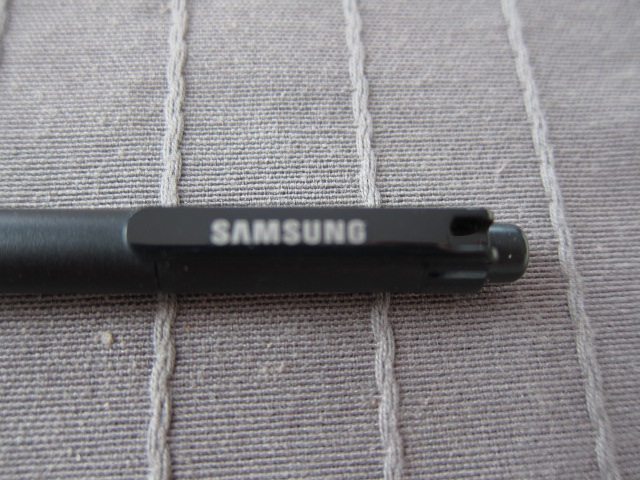 The S-Pen itself has a very understated Black matte finish that should look at home next to the Galaxy Note series. It’s completely black, except for two small details: the Grey S Pen button and and the Samsung logo. The pen comes with interchangeable nibs (with choice between plastic and rubber nibs) and a tool to remove these nibs, similar to what’s included with the Note. To complete the pen look, it even includes a clip. But what makes this unique when compared to the other iterations of the S-Pen, is the inclusion of the digital eraser. It’s basically a hard piece of plastic on the back of the pen with a bit of a spring action that adds to the eraser feel. 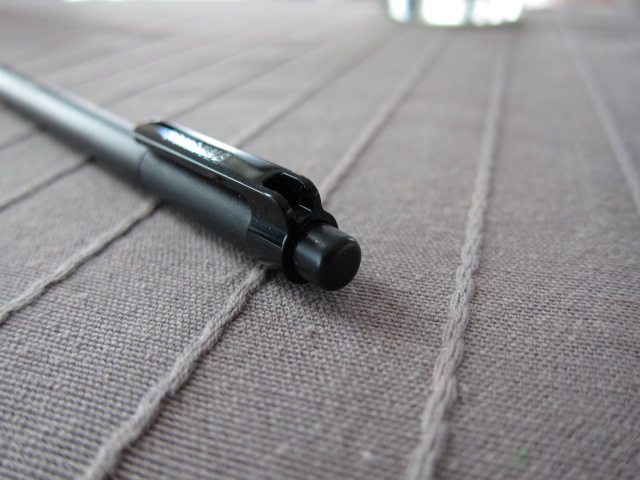 When compared to the included S-Pen, the S-Pen with eraser is a night and day difference when it comes to comfort, making it difficult to go back to the included pen. Sure, the ET-S110E with its more pen-like dimensions still beats it when it comes to comfort, but the difference here is very subtle.
The S-Pen with eraser works exactly like the included pen. Interestingly, in the normal Android environment, the eraser works just like the tip, being able to select and open items. The magic happens when you use this eraser in apps that are able to recognize this feature.  The included SketchBook for Galaxy, S Note, Action Memo, Sketchbook Pro and Bamboo Paper are a few among the many apps that are digital eraser enabled. 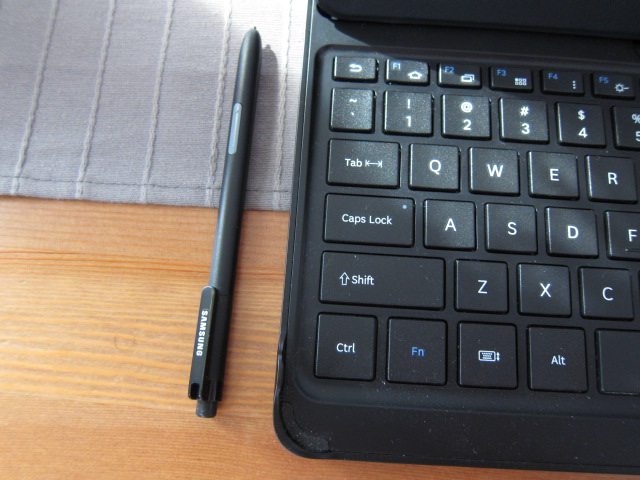 I do a lot of drawing with Samsung’s Galaxy NotePro  12.2″ tablet and the S-Pen with eraser works so good that I actually avoid using the included the pen. Sure, it isn’t as handy as the included pen that has the ability to be stowed away in the body of the device. But just like a regular pen, it quiet portable and simply can’t be beat when it comes to comfort. It made drawing and writing a breeze and the inclusion of the eraser was quite handy. Instead of having to select the eraser every time, I could simply turn the pen around and well, erase. It felt very natural and intuitive, but obviously lacked the soft feeling of a real eraser. The spring action does make up for this. When drawing, the pen felt great, but I did wish it was a bit thicker. 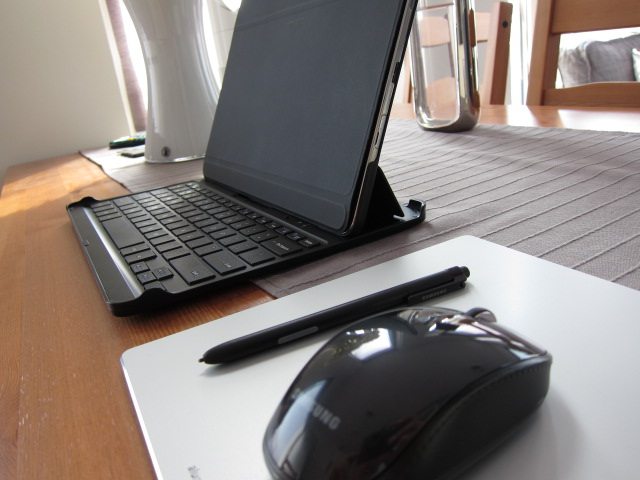 One are of concern is that writing/drawing area isn’t exactly like the included S-Pen, so it is slightly offset. You notice it when you hold the pen above the screen and notice that the “cursor” sits slightly  to the left. When drawing in SketchBook it wasn’t an annoyance and didn’t get into the way of my drawing. While it may not be a problem for most, for some perfectionist it will become an annoyance.

The S-Pen with Eraser is a must-have tool for any tablet Note user that writes or draws a lot. For those with the Note phablets it isn’t as necessary, but definitely makes for more comfortable writing and drawing experience.
The S-Pen with Eraser could have a gotten a higher score if it wasn’t for the slight offset and thin design. Other than that it’s a great pen, getting it 8 out 10.

The S-Pen with Eraser can be purchased at our friends at MobileFun.

Cons
Slight offset
Could have been thicker