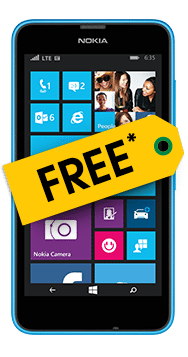 This month, Cricket Wireless announced an exclusive wireless agreement with Deezer, one of the most popular music streaming services worldwide. On January 31, Cricket customers will have access to 35 million songs and more than 30,000 Internet radio stations from around the world, helping Cricket continue to deliver great value to customers by combining the world’s largest streaming music catalog with more 4G LTE coverage than T-Mobile, Sprint, MetroPCS and Boost.

The deal marks the first time Deezer will be available to mobile subscribers in the U.S. Since re-launching in May of 2014, Cricket has been on a mission to design a better wireless experience for its customers. First, it upgraded the network and retail experiences, and now it enhances the mobile music experience with Deezer from Cricket, a unique and exclusive world-class music experience not available with any other U.S wireless carrier.

Cricket will discontinue its existing Muve Music service on February 7, 2015 and by January 31 offer existing Muve customers an extended free trial1 of Deezer from Cricket when they switch to Cricket’s new GSM network. Muve customers who switch and sign up for the extended free trial and download the Deezer app will also be able to transfer their existing music libraries2 and playlists right to the app so they can keep listening to the music they love during the trial period and for as long as they remain subscribed to the paid service.

“Cricket has done an incredible job building Muve into one of the largest music services in the U.S.,” said Tyler Goldman, North American Chief Executive Officer of Deezer. “Deezer’s 16 million listeners around the world share the same passion for music. We’re thrilled to serve the music needs of Cricket’s vibrant audience.”

All new and existing Cricket customers on the new LTE network are also eligible for a minimum 15-day free trial of Deezer. After the free trial period, Cricket customers will be automatically billed only $6/per month for Deezer from Cricket unless canceled – that’s $4 less than other premium services.

“Customers are demanding more compelling services from both their music and wireless providers,” said Jennifer Van Buskirk, President of Cricket Wireless. “This agreement illustrates our ongoing commitment to deliver the best value in prepaid wireless and satisfy our customers’ growing need for an unparalleled premium music experience.”

The agreement with Cricket and the acquisition of Muve Music is another example of Deezer’s approach to super serving the needs of consumers around the world. Deezer also recently acquired Stitcher to best serve talk radio listeners and launched high definition audio to serve music enthusiasts and audiophiles.

To find out more about Cricket’s new music platform by Deezer,

Cricket Wireless has launched the 3G and 4G smartphone closeout now through January 29. Customers both online and at their local stores will see great deals and promotions on a number of Cricket’s leading smartphones and phablets from Nokia, ZTE, Motorola, HTC and Samsung, among others.
The sale also features a selection of FREE smartphones after mail-in rebate Cricket Visa® Promotion Card, including the Nokia Lumia 630, Nokia Lumia 635 and the ZTE Sonata 4G.