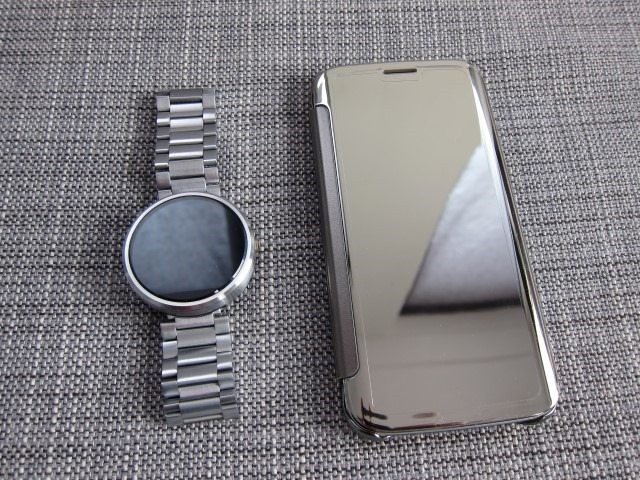 The story of the Galaxy S6 edge Clear View Cover (CVC) basically echoes the S6 Edge itself: it does less, it looks great and it’s even more expensive compared to its predecessor. While the S View cover on the Note 4 and S5 for example could control music, change the background picture, activate the flash light(Note 4), take pictures, access your favorite contacts(Note 4), view your heart rate and even change the clock face(Note 4), the Clear View Cover can’t do any of this. Yet instead of the typical $50 dollar we usually expect from Samsung’s S View Covers, it costs a whopping $60. So basically you’re paying more and getting much less, at least when features are concerned. But what can it do? Luckily it does retain the ability to pick up/reject calls, view the time, stop an alarm and you can view the notification bar on top. 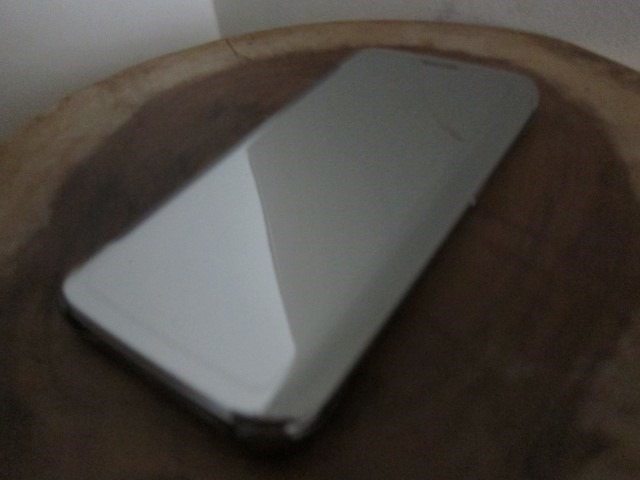 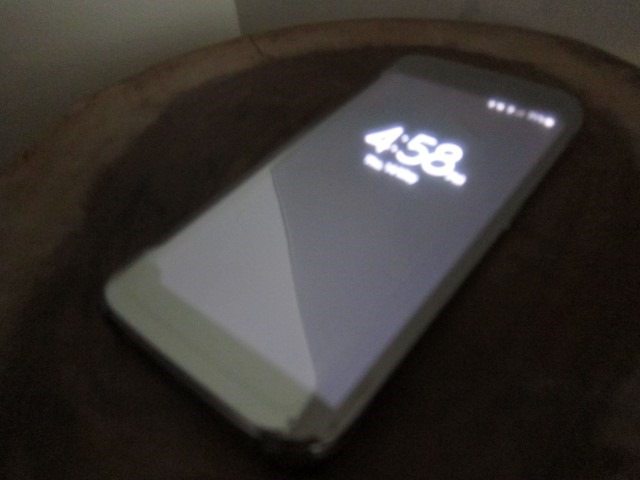 Previous Samsung devices had a removable back cover, but because the Edge lacks this feature, the CVC has to attach to the back. It clicks quite securely into place and is even difficult to remove, as result it won’t be falling off accidentally. This secure fit is achieved by attaching to and covering the rounded corners of the device and in the process protects the spots that are most prone to damage. Ever dropped your phone? Usually the phone lands on its screen or one of these four corners.  The case may look like it’s all about the aesthetics, but certain design elements are really well-thought-out: those rounded edges are not only a way for the case to attach to S6 Edge, but also protects these four vulnerable corners, all while looking good. 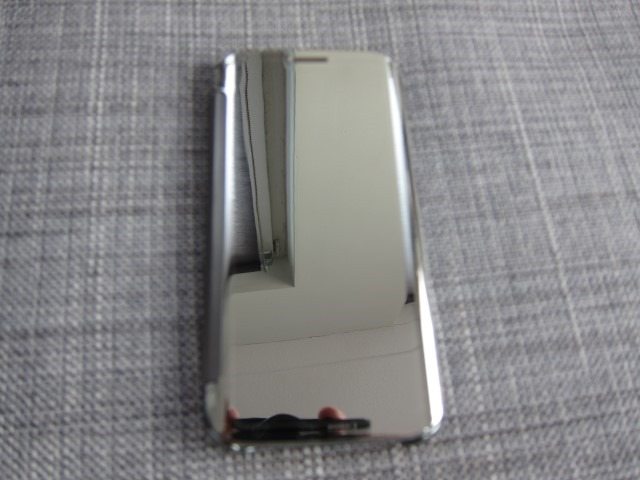 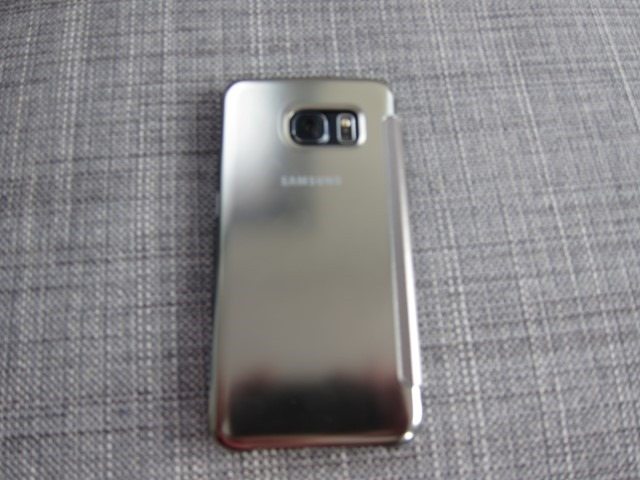 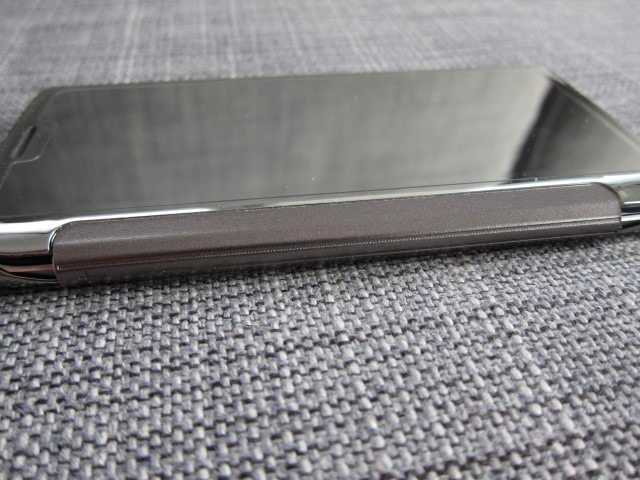 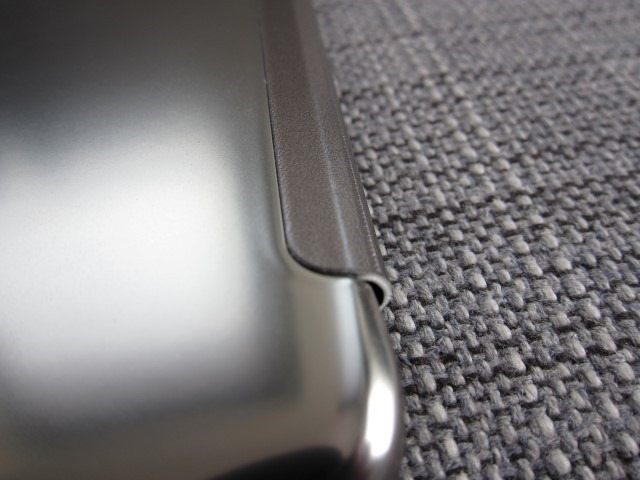 The case consists out of 3 main elements: the rear part that attaches to the phone, the front flap and a soft plastic material that brings the two parts together. The front flap has a very shiny, mirror-like material that surprisingly lets light shine through, creating this unique, futuristic mirror effect that lets the graphical elements to be shown. The end result is something that could double as a prop in movie set in the distant future. It looks elegant and in the right light conditions, the effect is very convincing and at first seems almost impossible. The rear is uses a matte metallic finish that’s pretty effective at hiding finger prints. 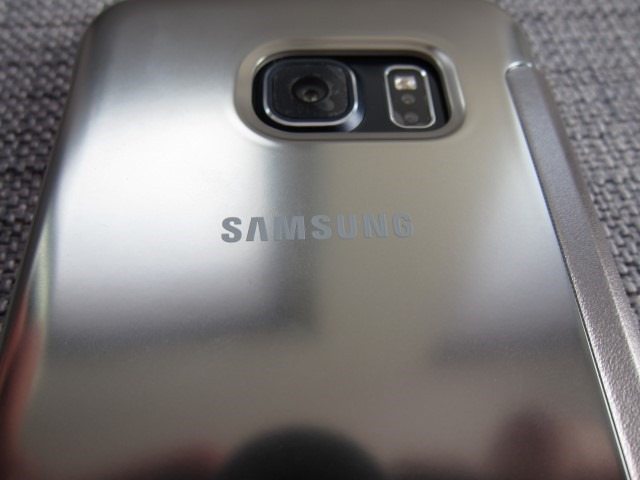 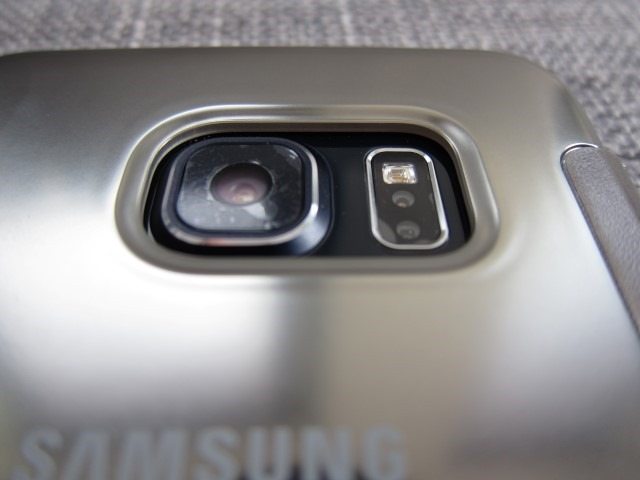 Another plus is that, just like S View Covers, the camera module sits slightly recessed, allowing for some protection. Especially for the S6 and S6 Edge, this is important as the camera module sticks out quite a lot. The soft plastic material that attaches the two parts together is done in a metallic paint with matching plus and minus symbols for the volume. While the case covers the four corner, the bottom and right sides of the phone are exposed and prone to scratches. On the other end, this allows you to access the microSD port, 3.5mm headphone jack, power button and sim tray. 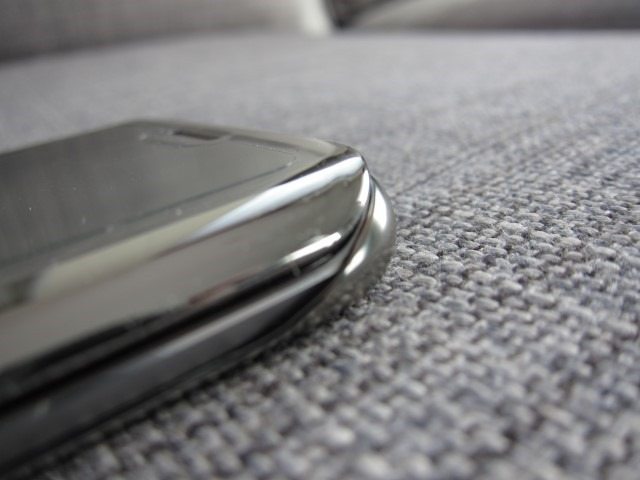 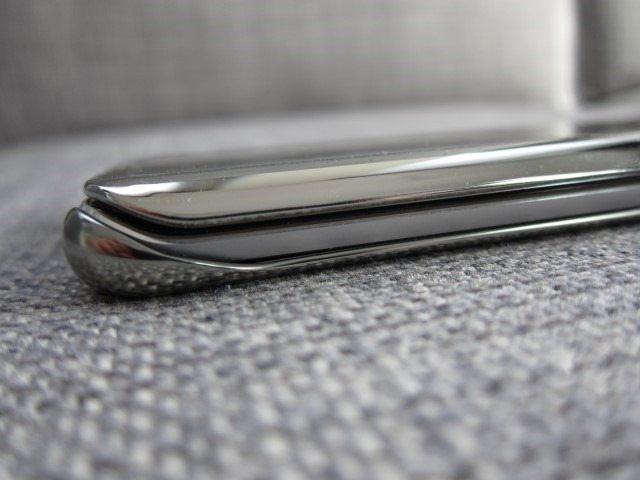 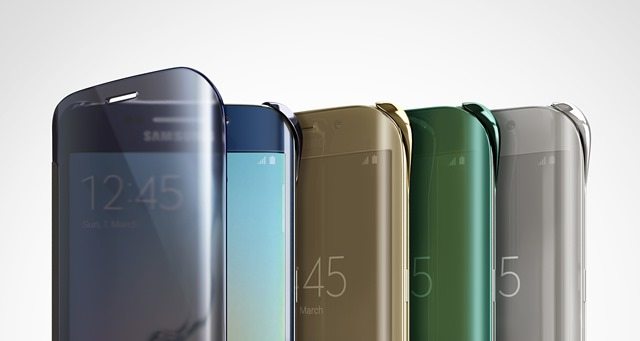 The case comes in 4 colors: Silver, Gold, Black (which looks more like dark Blue) and Green. In reality, the Silver and Black look great, but the Gold simply doesn’t look like gold, but has more of a cheap yellowish look. The same can be said for the green, which simply doesn’t do the beautiful Emerald green S6 edge any justice. And while the case looks great and definitely will turn some head, it doesn’t seem like it was designed for the real world. The mirror like surface on the front, scratches very easy, attracts finger prints like crazy and in direct sunlight it almost blinds you, all while it’s almost impossible to see the clock or notifications in bright conditions. And if you treasure that lovely mirror-like finish, just be prepared to walk around with a cleaning cloth, as you’ll constantly find yourself cleaning the cover or get accustomed to seeing lots and lots of fingerprints. 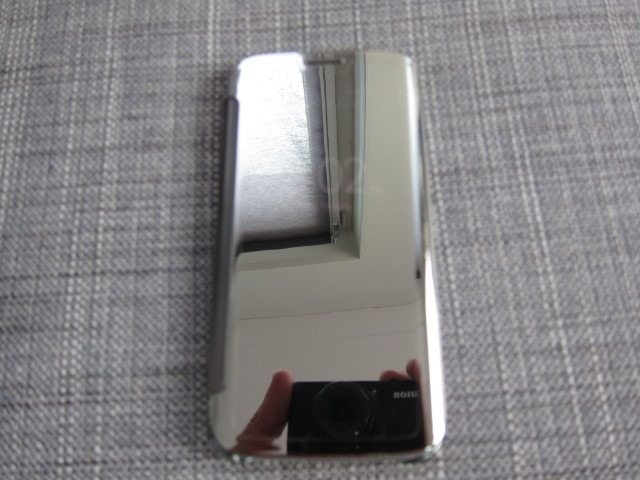 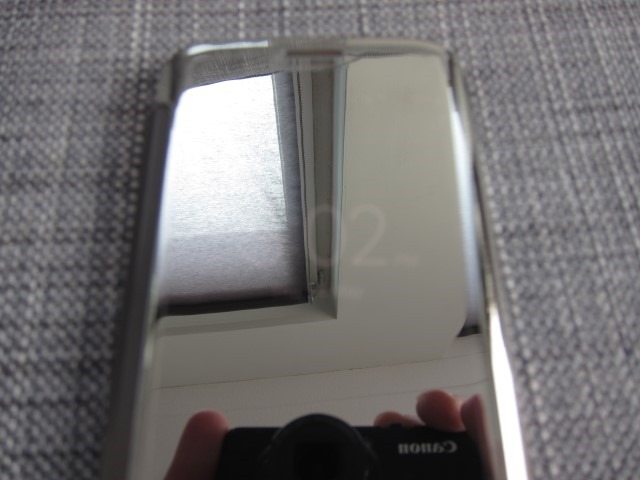 We also still can’t understand why Samsung decided to drop certain S View Covers. The lack of some of these features can be forgiven. For example, we can example understand that taking pictures with that mirror finish simply won’t work, but there’s simply no excuse for leaving out music controls. There’s no physical reason why this can’t be done and it’s all a matter of adding this in a future software update. Another interesting observation is that in low light, one can not only see the text, numbers and other graphical elements, but you can also notice that the rest of the screen that’s supposed to be completely black, has the back light turned on. The result is a less-convincing effect that wastes energy by unnecessarily turning on the back light in certain areas. The S6 has an AMOLED screen and turning of the backlight and only firing the pixels that are needed is something that it should be able to do. We hope Samsung fixes this in future firmware updates. 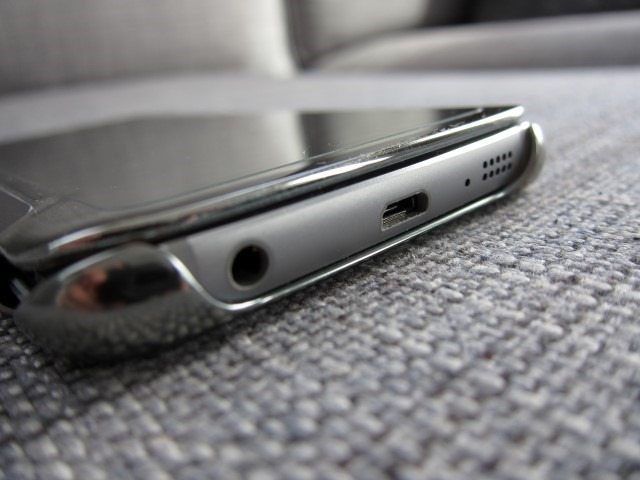 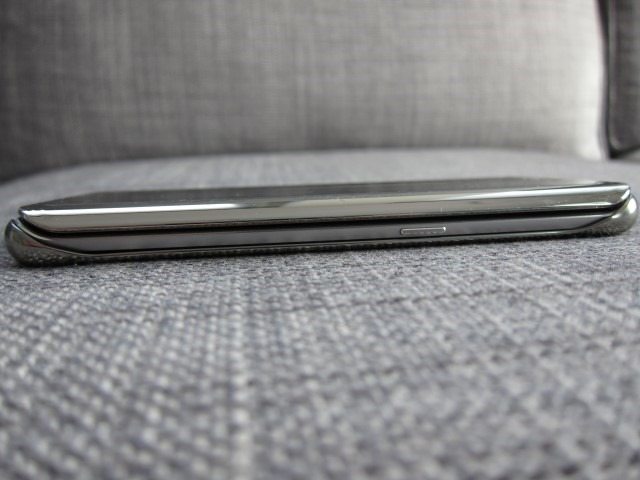 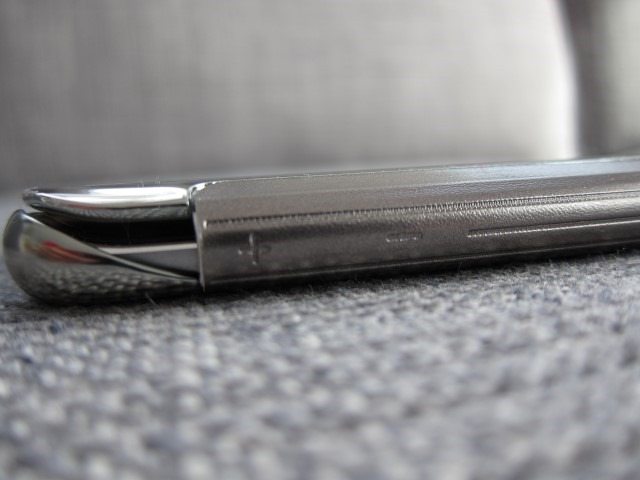 Another area of concern is that many S6 edge users are reporting that dust particles are getting in between the front flap and the screen and causing scratches. I really don’t think this is a fault of the case, but we’d definitely recommend a screen protector in combination with this case.

Update: On XDA forums, there have been multiple reports of people getting their screens scratched. A screen protector is a must with this case. 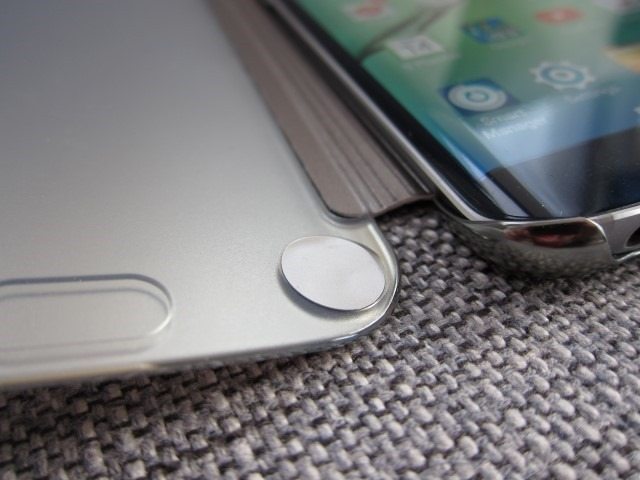 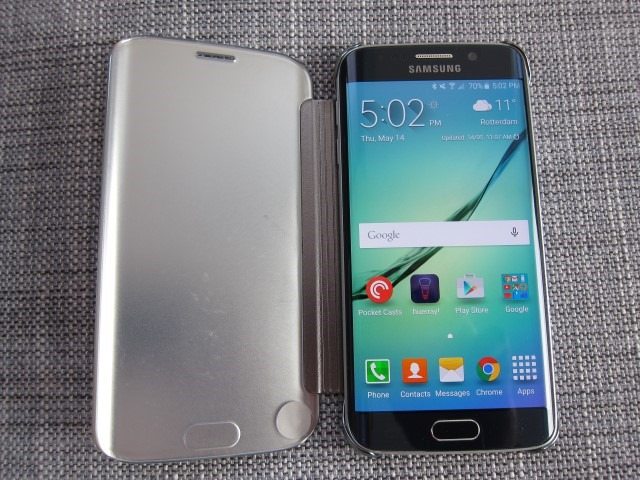 In the end, if you own the S6 Edge, this is probably the ultimate and best looking case on the market today. It will turn a lot of heads, but you will lose many features you’ve come to love on the S View Cover. A unique case for a unique phone, just make sure you can live with the downsides. We also surely hope that Samsung adds music controls. It gets a 7.8 out of 10.

Mirror-like finish is able to show graphical elements and text

pick up/reject calls, view the time, stop an alarm with the case closed

The four corners are protected

Front part is a fingerprint magnet

Lacks many features found on the S View Cover

The entire screen lights up, doesn’t make use of OLED screen’s ability to only light up certain parts.

Update: Case could scratch screen if small particles get stuck between screen and display.