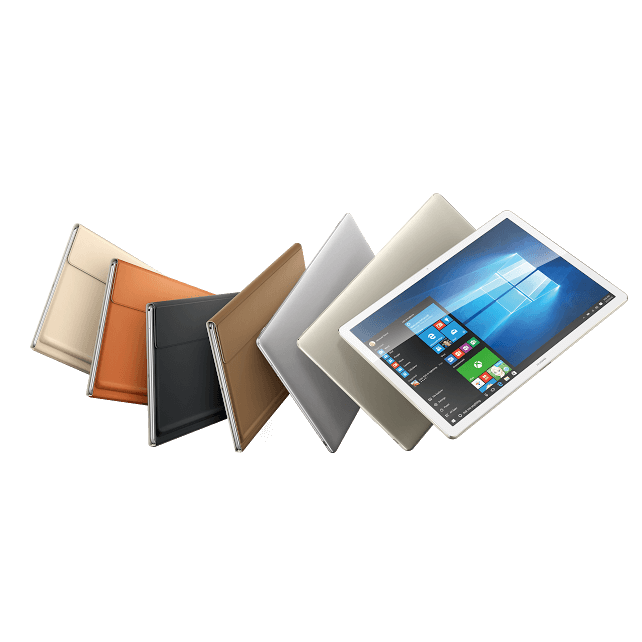 Is it a touch-screen Tablet? Is it a Laptop? It’s BOTH! and Huawei’s MateBook is quite professional looking. MateBook’s 12-inch IPS LCD (Liquid Crystal Display) has a 2160×1440 resolution. Last week I was invited to meet with Huawei representatives and see their devices in person. This article is about the MateBook. I’ll be devoting future articles on some of the other devices I was shown. The first thing I noticed is how snappy and Professional everything looked. This MateBook tablet / laptop can come with accessories that are small but make the MateBook fully functional. The MateBook itself is 6.9 mm THIN and 1.4 lbs.

The MateBook Keyboard / case comes in a variety of colors, although I think Black and Brown are the choices available in the US market at first. One end of the case easily folds to hold up the Tablet. I tried it and succeeded with my first try!

And the Tablet doesn’t merely float against the case, it SNAPS into the case making the entire set-up very sturdy. It’s magnetically attracted to the base of the docking section in the case. I removed and re-docked the Tablet myself. It was an easy, comfortable action. It did not feel clumsy at all.

As you can see from the above photo the Tablet can be used with the keyboard or viewed as a Tablet. Just fold the case as you wish it! The Huawei MateBook runs on Windows 10. It’s side fingerprint reader supports 360-degree sensitive identification and at just 0.5 seconds, it is the fastest fingerprint recognition in the industry. I saw the fingerprint recognition in action. It woke up the MateBook SO quickly I was barely aware that it happened. If I hadn’t actually been looking at the lady’s finger swiping the side of the Tablet I wouldn’t have realized that what occurred.

This is the Charging Dock closed up in it’s case. This is one place to store the stylus.

You can connect a variety of devices using this small dock. It’s very nicely designed.

Now, here’s one of my favorite features of this MateBook. The stylus! It’s the same thickness as most pens so it feels very normal in the hand. The stylus has three buttons along it’s length. The button near the back end turns on the laser pointer. One of the buttons near the business end functions as an eraser. I discovered this while talking to the nice ladies with Huawei. As an Artist I am very sensitive to how useful an eraser is. It feels more normal to erase WHILE using a pen than to search out an erase feature in software. The other button appears to be for making temporary designs. By that I mean one draws a shape and it immediately disappears from the screen. This is useful to see where a line should be or testing a certain shape before committing to it. It’s like making a pencil line. It’s not supposed to be permanent. This is a very well thought out design for a stylus.

To plug in the MateBook use the Charger. This will charge the 33.7Wh high-density lithium battery. The MateBook will be fully charge in just 2.5 hours. This battery will last for 9 hours of normal work, video playback or 29 hours of music. 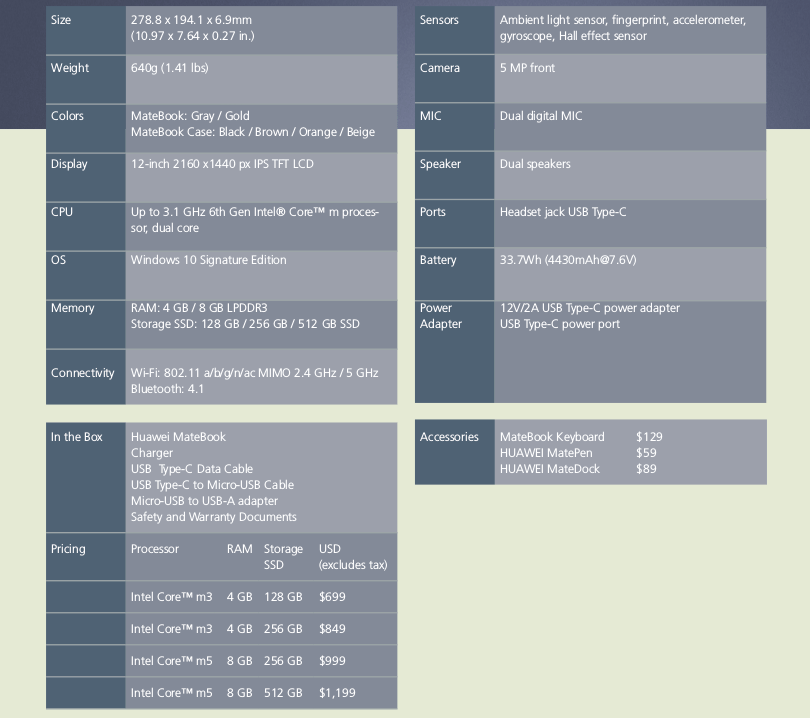 Get more information about  The MateBook from that link.