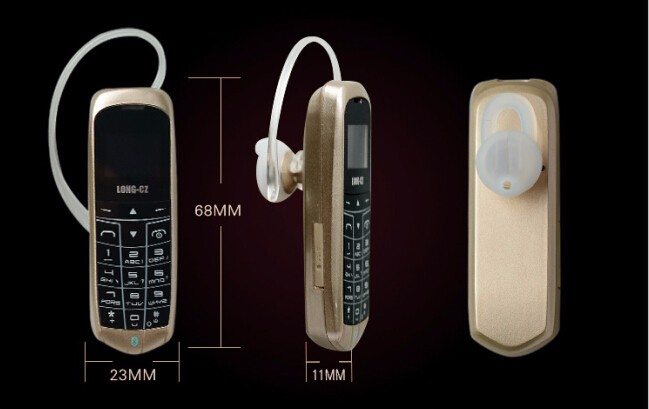 Long-CZ J8 is an ultra small phone – no buts about it!

The series of phones represented in this review by the Long-CZ J8 are designed, or at least marketed, heavily to people wanting to smuggle phones in to prisoners via certain, specific, body cavities. We believe that there are other notable aspects of these phones that make them worth reviewing. However it is kind of amazing that this is a strong enough market to produce competing products!

Producing a feature phone to rival today’s smartphone has never been that easy. The smartphone has triggered such a movement that it’s left most feature phones behind. The manufacturers have a hard time thinking up of a new model to challenge this cheeky trend. With the Long-CZ J8 mobile phone you can dump those concerns as this phone trades smarts for size. The phone is a basic feature phone with many interesting features, such as a voice changer, packed deep inside. That being said do not expect the features of a smartphone available on this phone. Basic it may be, but it serves a different market, where the smartphones fail to pass comfortably.

For those who can’t fit large-screen smartphones into their lifestyle the Long-CZ J8 arrives in as a small and comfortable option. Perhaps your Boss won’t let you bring phones with you? This phone is tiny, so tiny, that you can even use it as an Bluetooth headset and it fits in easily wherever you need.  The Long-CZ J8 is possibly the smallest phone in the world. Being small in size, weighing only 19g, and all plastic, it won’t have any problem inserting itself into your life. You can keep it as a backup phone or use it as an emergency phone.

The phone is available in three colors. Golden Stream, Dark Fudge and and White Nugget. Cases are available from third parties such as Karex and Global Protection Corp.  While stylish, it’s not so fancy you’ll need to feel guarded using it around your ‘mates. They won’t pooh-pooh this new toy!

The phone supports Bluetooth with almost any device such as tablets and smartphones and can operate as a Bluetooth headset. So you answer any call connected through a paired device. The Bluetooth boasts very low radiation. This can be a comfort around the boys but in practical use it makes it unusually prone to butt-dialing. Fortunately the vibration feature is nice.

The absence of battery-draining apps has made this simple phone last longer even with it’s tiny battery. The battery can squeeze out five hours of talk time and 96 hours of standby time on it’s 300 mAh of capacity. The battery, once it’s wiped, takes only half an hour to charge fully via the MicroUSB dongle due to it’s smaller capacity.

The phone accepts a SIM from any GSM carriers, but it uses only the 2G bands which means, in some areas, the reception stinks.

Why is it unique?

Although it is a basic phone, the Long-CZ J8 is packed solid with features out the wazoo. The headset attachment can easily be removed and inserted as and when you like. It’s also very inexpensive, you won’t have to liquidate your assets to buy one, as it’s selling for as little as $20 on Amazon and eBay – or ordered directly from China. But before you drop a deuce on this little gadget feel free to shop around. 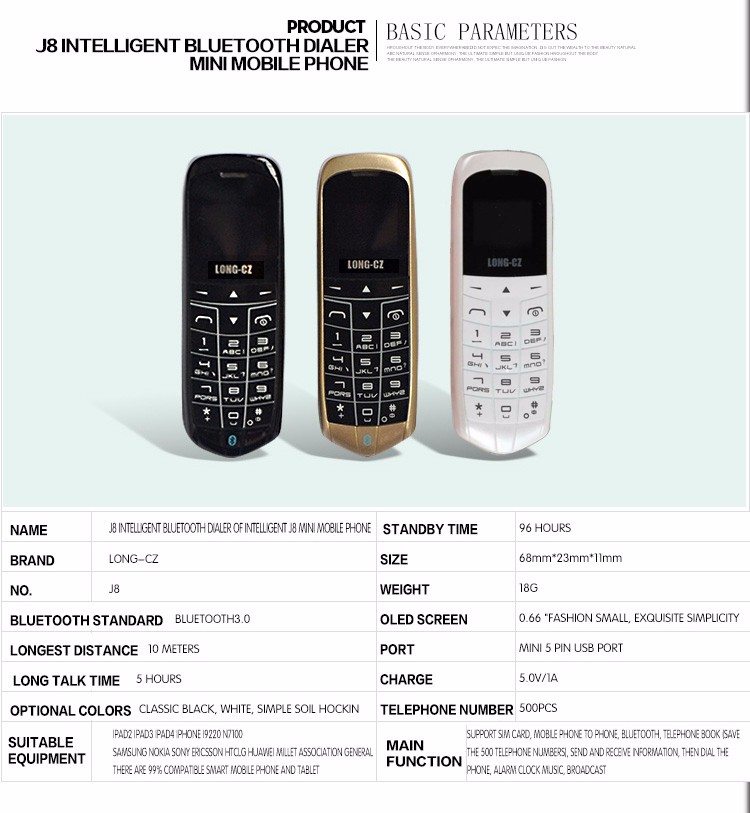