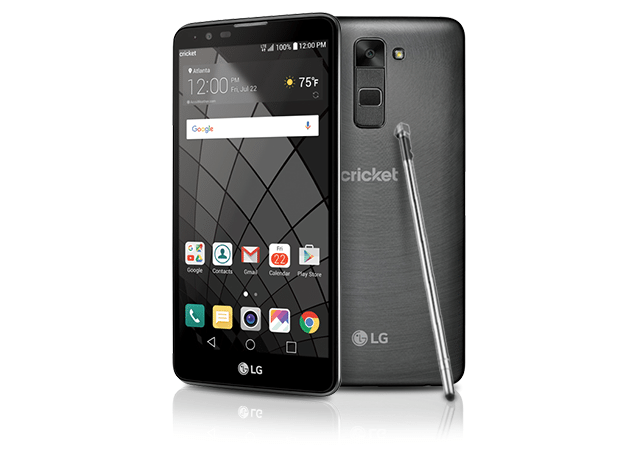 The LG Stylo 2 is a mid-range phone with a 5.7” HD display, a quad-core processing power with 4G LTE speed, an integrated stylus, a microSD slot, and EasyHome simplified screen with a larger font. As far as technical aspects go, this phone operates on an Android 6.0 Marshmallow operating system, has a 13 MP rear camera, a 5 MP front camera, and a 3,000 mAh battery with battery saving mode.

At $99, the LG Stylo 2 is a hell of a good deal. You get a lot for your money with this phone. The LG Stylo 2 looks sleek and modern while the camera takes fantastic pictures. Sometimes, the photos look so professional that you can’t even tell that the photos come from a budget phone. Not to mention, the 4G LTE speed means this phone will get fantastic internet speeds.

Another plus about the LG Stylo 2 is the built-in stylus. While the stylus is not as good as a Samsung Note, it is still decent and it’s nice that it is included with the phone. The LG Stylo 2 also lacks a fingerprint sensor which might be a turnoff for some buyers. While there are cons to the LG Stylo 2, they are all minor and not worth missing out on this phone.

Cricket provided us the Stylo 2 we reviewed here. Cricket is an MVNO of AT&T and includes their national coverage, so there’s no need to worry that you won’t have reception with this phone. The 4G LTE speed paired with Cricket’s service gives the LG Stylo 2 the power to do whatever you need it to do in a moment’s notice. Cricket/AT&T’s service is highly competitive as they are one of the market leaders.

The LG Stylo 2 is a really nice phone, with a large screen, excellent color reproduction, and a replaceable battery – something you can’t even find in a flagship phone these days! Not to mention, it takes up to a 2tb MicroSD card and it is very lightweight. The LG Stylo 2 is a great phone at a great price and has many of the things found in more expensive phones. The LG Stylo 2 is worth every penny and more.

Memory Up to 16 GB internal storage, microSD slot for up to 2 TB card