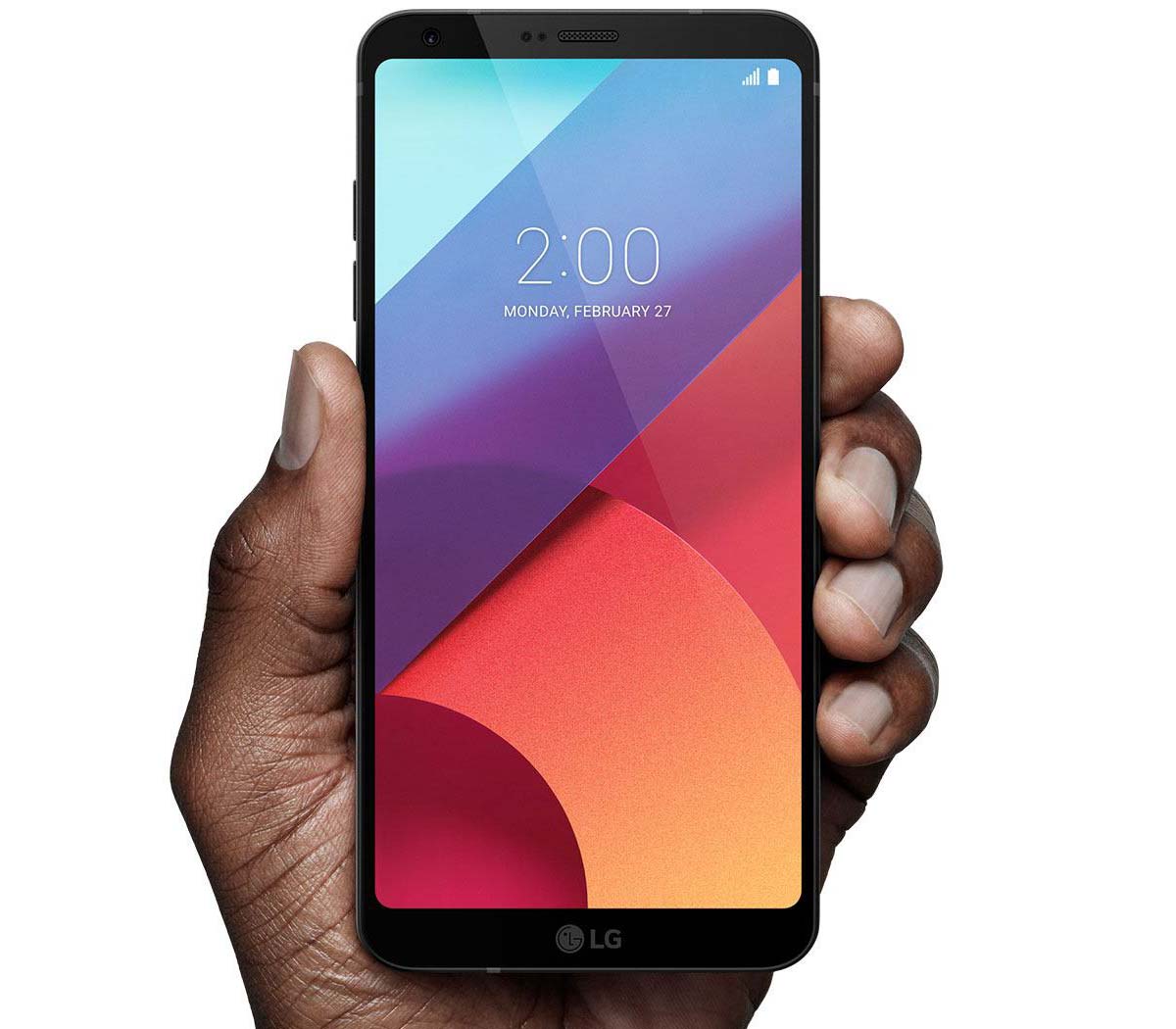 LG G6 – LG Creates a Phone to Rival the Nexus 5

LG’s new flagship phone is more than just another mid-year flagship phone. It’s the phone that people who wanted a sequel to the Google Nexus 5 have been waiting for. The Google Nexus 5 is still a very much in demand, if out of production, phone that Android fans absolutely loved. Its unobtrusive design and clean lines made it a favorite. It wasn’t the fastest phone but it was more than fast enough. LG Electronics made that phone for Google and its spiritual successor is LG’s own G6 flagship phone. We love this phone and here’s why!

The G6 boasts simple clean lines. A glass front and back and aluminum frame and sides.  The power button/fingerprint sensor is on the rear below the two cameras. The volume buttons have been moved from the rear to the left edge. The bezels are among the thinnest bezels on a flagship phone. The G6 is using the new 18:9 aspect ratio (or… 2:1 aspect really) with just enough bezel at the top for selfie camera and sensors, less than a 1/8 of an inch on the sides and a small bezel at the bottom with a very subtle LG logo.

With a 5.7-inch display, it is a significant increase compared to G5. Only Samsung’s new S8 compares and part of its display curves around the edges. Since most smartphones of this size have a 16:9 aspect ratio, you can expect a taller and narrower device and screen. The screen is still LCD IPS, (now called SuperLCD but we are hoping it will be OLED in the next version) but that doesn’t necessarily mean mediocre performance. Its QuadHD display is crisp and the colors are vibrant. It’s been tuned so well that it’s hard to tell it’s not OLED. Due to its 18:9 aspect ratio the split-screen multitasking with Android Nougat is improved as you can see more of each app and it allows more space to fit apps comfortably. Screen resolution is 1440×2880 pixels and supports Dolby Vision HDR.  It’s protected by Corning Gorilla Glass 3.

The left edge has only two buttons for volume, the SIM/MicroSD slot on the right side, headphone jack in the top, there is a USB 3.1 Type C port in the bottom between the microphone and a speaker.

Protection Against Water And Dust

Thank goodness this is continuing to be a standard on new phones. The G6 is rated IP68 against water and dust, and MIL-STD-810G for shock protection. Typically this means it survives most drops with little to no damage. It can survive underwater and continue operating. These ratings don’t mean you won’t get scratches, especially the metal frame,  and you definitely don’t want to put it under strong running water. The water rating can, surprisingly, be overwhelmed by the pressure of some flush toilets and water coming from sink taps.

The dual cameras on the rear have a 13-megapixel sensor but different lenses. One is a standard lens with 71-degree field view and f/1.8 aperture, and other is 125-degree wide angle lens and f/2.4 aperture which works great in low light. Switching between the cameras in smooth and easy. 4K video recording is very smooth without any lag, and even if in a case you experience a lag while recording, it will have no effect on the final quality. It will be perfect without any loss.

The front camera is also quite good, and you can take excellent selfies with it.

The battery capacity is 3300mhA, and it can run video for almost 12 hours continuously. It lasts more than 24 hours in one charging after moderate to heavy use (regular wi-fi usage, a little gaming, and net surfing). You can expect it to last from when you wake up to the time you go to bed. It comes with a quick charger, which is a little chunky, but still works perfectly.

Wireless charging, a feature which is available with the models sold in the US – ironically the country with the lowest wireless charging adoption rates, is excellent. It works fine with all Qi chargers on the market.

The theming of the phone is close to stock Android 7.0 Nougat, very close in fact with mostly useful improvements including additional touches of color. The ambient display is almost identical to Android O in fact. Well ahead of other flagship phones.

The interface is thoughtfully designed, it is super clean with powerful customization options. It doesn’t feel like it’s forcing you to adapt to something new. By default, there is no app drawer, but if you don’t like all your apps cluttering the home screen, you can always switch back to the app drawer.

The only big drawback in the LG interface is the dialer. While it’s pretty similar to the Android dialer (pre-Pixel) for some reason LG chose to remove the Favorites screen and now your favorites simply appear above the other contacts in your contact list. Really bad move. However, there are plenty of third-party dialer apps and you can even install a customized Pixel dialer if you like. (available on XDA and other sites)

HD Audio Recorder App records sound with minimum loss of quality. It was first seen in LG V20 with features like recording over a backing track and saving audio in 24 bit/192Khz files. There are plenty of mic adjustment and sensitivity controls. Given the advanced audio capabilities in LG phones, this is a welcome app that you’ll enjoy using.

While the MSRP puts it close to its competitors, the reality is that LG phones are frequently deeply discounted. At the time of this writing, you can get this Verizon version of the phone on sale, from Best Buy, for only $288! Other carriers have been having good discounts, even BOGO offers, but this deal is amazing.

LG G6 is in direct competition with iPhone7 and Samsung S8, it may not have the sexy curved glass and metal that are hallmarks of these phones, but it certainly has the bigger screen, durability, and perhaps a more professional approach in its industrial design. It is a great flagship phone and holds its own against this year’s other flagships.

The LG G6 is available in the US in the single SIM, MicroSD, 32mb Storage, no FM Radio configuration. It’s available for all US carriers.  The specs below reflect all models available worldwide.