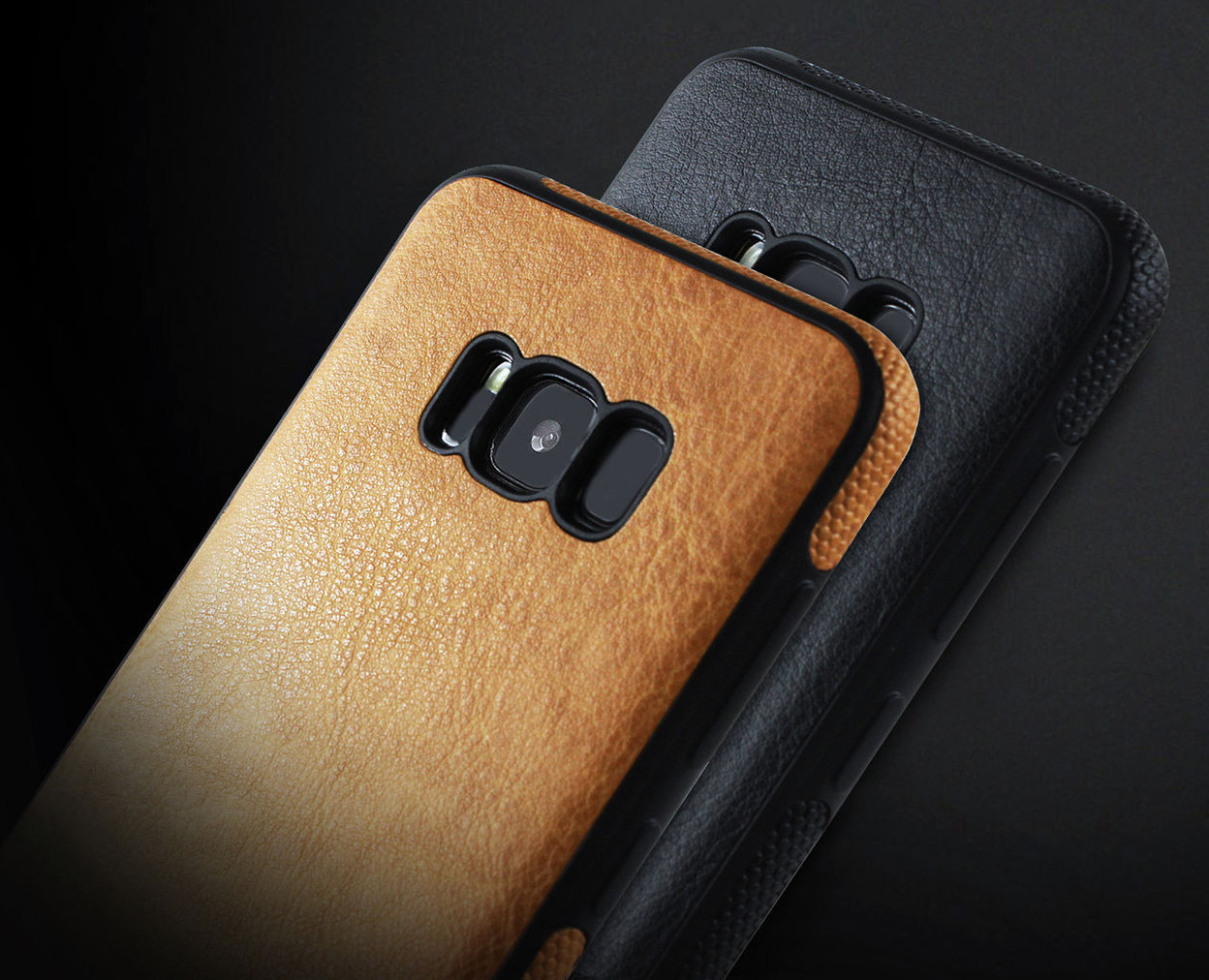 Your Galaxy S8/S8 Plus Case Sucks and Here’s Why

Since before really using the Galaxy S8 Plus in depth, when I first saw and examined it at the NYC Unpacked event, I knew this phone was going to need a case – even though it’s absolutely beautiful without one. It’s the reality of a glass or ceramic back. If your hands aren’t bone-dry 24/7 then the phone is going to be a bit slippery.

So the question is going to be what case do you want. And chances are, you’re going to get a crappy case. It’s not really Samsung’s fault, although it certain stems from their design decision to put the fingerprint sensor directly beside the camera. (Oh, and for the record, the placement has never been an issue for me. You know why? Because it’s about 1/2 inch to an inch higher than my LG G6 or Nexus 6p’s sensor. That’s not a big deal.) Whose fault is it? I would point the problem at the case makers who pretty much rushed to have a million cases on the market to be available even before the phone shipped. But I get it, competition is a thing.

The problem is pretty simple. Here’s a picture of a nice case with the problem. 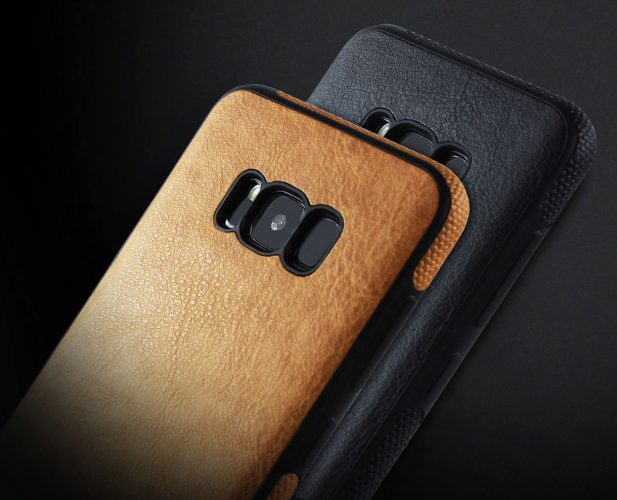 Do you see it? No? It’s the depth of the case. Which is good for protecting the phone, but unless you have very VERY narrow finger ou are not going to be able to actually touch the sensor effectively. It’s just too deep and it’s surrounded on all sides by that raised case. Here’s another one. 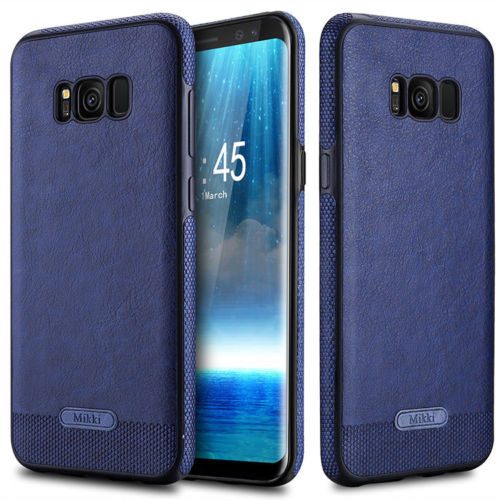 This was actually the first case I tried with the S8 Plus. Cost about $2.50 – and I bought it on eBay from a US seller. It’s actually a really nice case. It’s not as deep as the first one I showed you either. It’s basically some sort of silicone-rubber-TPU stuff molded to look like leather and rubber. Weird but it works visually and tactility. Both of these cases have a small issue – the sides rise too high and slightly obscure the sides of the Infinity Display. Since this curved edge display is pretty much what makes the S8 line so damn sexy, this is unacceptable! But the first day I used this case I found a much bigger issue. I started to realize that it was too difficult (yeah yeah, I’m a special snowflake) to get a reliable fingerprint unlock with it. 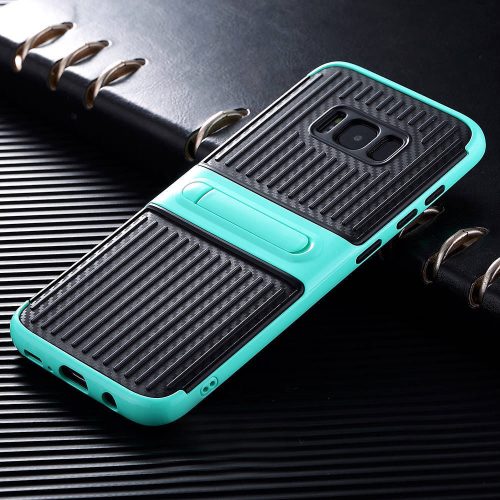 I didn’t actually try this case – I just looked at it in disbelief. The fingerprint opening is even smaller than the others. They might as well have not put one there and sold it as the Iris Sensor case with kickstand. I don’t think my pinky finger could even get in there.

So this is the problem. Most cases seem to have opted for this deep, three port, design that basically means most people aren’t going to be able to reliably use the fingerprint sensor. Over time, I expect, the manufacturers will fix this. Here are some other cases that show how this can be done. 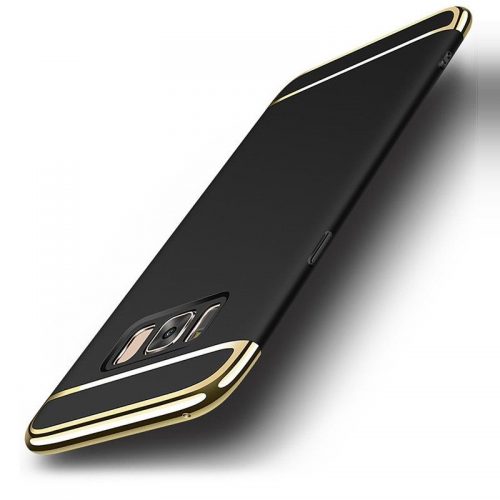 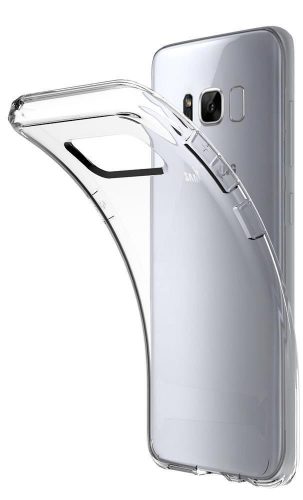 Solution number one. A single wide port for LED flash, camera, and fingerprint sensor. You can do some pretty deep cases so long as you leave 1/4 inch on the side-most edge of the sensor open.  The first case is a monstrosity of black TPU plastic and chromed details. The second case is clear silicone – it’s got covers for the side buttons, but they’re big enough to work. Personally I think cutouts over the buttons works much better so you can touch the actual buttons. 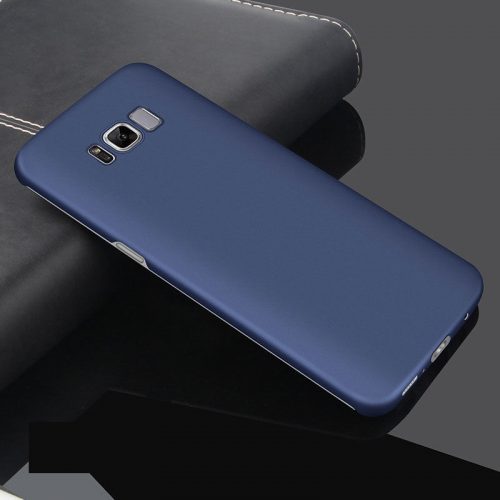 Solution number two: An ultra-thin TPU case, three ports, but about 6mm thick around the ports. Also the camera has a raised lip around it. This keeps you from accidentally popping your finger on the camera and the indent around the sensor helps you find it by feel. And your finger easily touches the entire sensor. You also see the cutouts letting you access the side buttons directly on this case too. 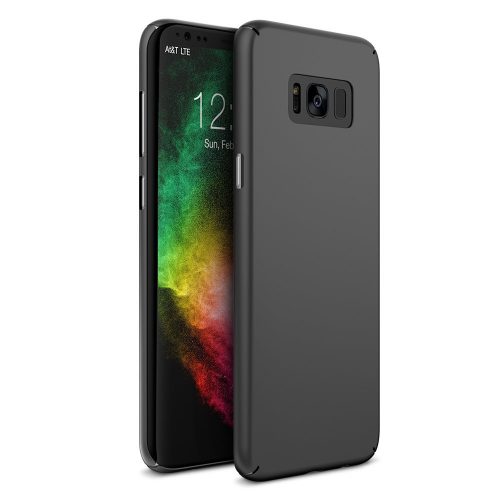 Solution number three: Also my favorite. A single wide port, ultra-thin case, and cutouts around the side buttons. This still lets your finger easily find the sensor and there’s no raised lip around the camera sensor in case you prefer your phone to lay flat on it’s back. I’m good either way. Only $10 as well!

Once you realize you don’t want to hide the nice curved edges and you want to be able to actually use the fingerprint sensor then your choices are obvious. The examples above give you a clear guide to finding the right case for you. Style, or lack thereof, can be up to your choice now that you know what to avoid in bad fingerprint sensor openings on cases.

Most of the cases above were found on eBay for anywhere from $1 to $6 – yeah, good cases ARE cheap to find. Amazon carries most of them as well.