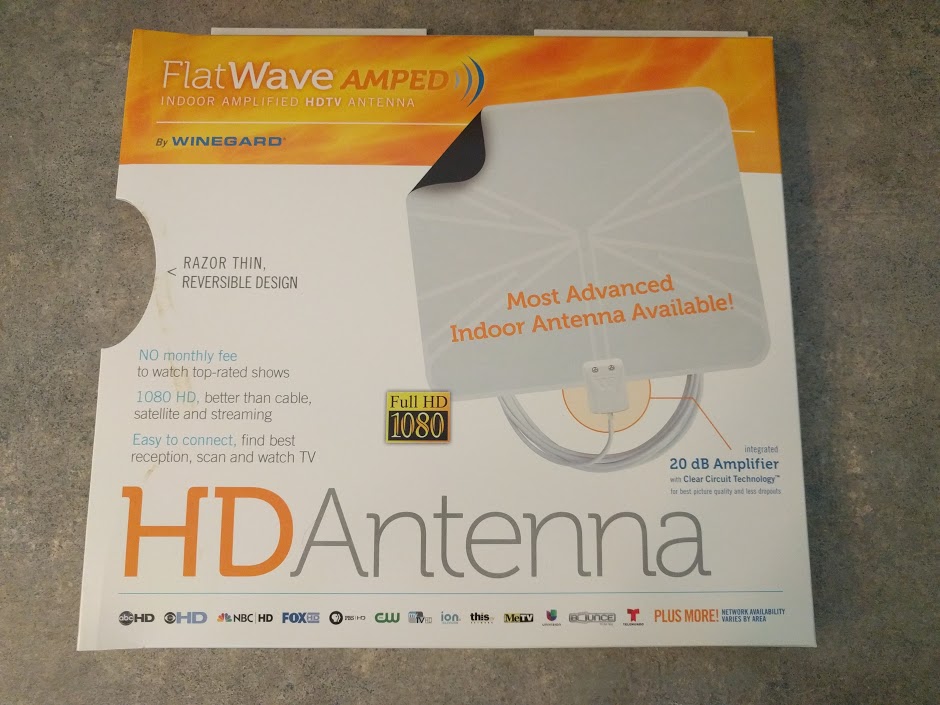 Over the last five years, the number of what is known as “sub-channels” has seen a tremendous growth, and a good solid antenna is required.  These sub-channels will often not appear on cable providers, satellite, but some do have streaming sites.  This is where the Winegard Flatwave Amped antenna stands out above other antennas.  I’ll save you from reading the rest of this article, the FlatWave Amped antenna is the best “simple” antenna on the market.  The reason we used the term “simple” is because there are some attic antennas that are technically indoor, but become a weekend long construction project. Outside of anything requiring an actual installation, this is it. This is the creme de la creme of indoor antennas.  From support, design, and history, the Flatwave by Winegard is simply the go-to antenna if you are using an indoor antenna.

Immediately upon opening the brightly colored box, there are a couple of printed extras that the customer is presented with, instructions, an advertisement for SlingTV, and a toll free phone number.  How many times has the simple inclusion of instructions been overlooked for things?  Look, most of us really don’t need instructions to connect an antenna to a television; however, there are people that have never, not once ever, connected an antenna.  It is good to see that this seemingly minor thing was not overlooked.  They also provide a link for further instructions to help with how to arrange your antenna for better reception.  As with many products, they do have an advertisement for a related product (in this case a free week of SlingTV).  The most important part is the toll-free phone number for support.  I called it. I didn’t need any help, and I called it anyway. 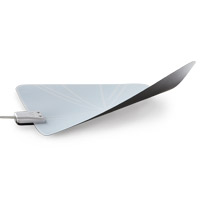 That’s right, for no real need, I called the support number.  I got a really pleasant surprise, someone with a midwestern accent. Ladies and gentlemen, Winegard provides support from within their own company. Let me spell this out, just to be absolutely clear, a company that develops new antenna technology, that is likely the biggest name in their industry, that has products available at every store in the land provides their support from within their own company.  You know, the people who know the products best?  I ended up getting help anyway, because, there were more channels available in my area than I knew was available. Just, incredible.

Design. Technical superiority. These are things most of us don’t even consider when shopping for an indoor antenna.  We are used to dealing with rabbit-ears, cable boxes, and sometimes amplified rabbit-ears. The Flatwave is different. The powered adapter uses the same type of USB connection that we are used to seeing for cell-phones and other light peripherals. It’s obviously a flat antenna that includes a 3M command strip to attach to a wall. The connectors are solid, and easily screw firmly to the antenna connector on the television. The flat design that is black on one side and white on the other, as advertised, easily blends in with it’s surroundings.

Performance is the key thing.  There is a reason before the advent of cable and satellite television that Winegard was the leader of the antenna market. The antennas they make have always been designed to the highest standards quality, and this antenna isn’t some re-brand. This is antenna is as solid of a performer as your grandparents house antenna (and, they still make those too!). In a nutshell, if you are replacing another amplified antenna, you’ll get more channels. From MeTV to Grit, there are a surprising number of local “sub channels” available now, and the better the antenna – the more of those you can watch.

At this point, I would normally sum up that the experience with the device I used. However, I noticed that this company that has been around for a long time has no Wikipedia entry. With that, I decided to add a little bit about Winegard, and call them out to get an internal person to go create a Wiki page.  Come on, Winegard, you need a wiki page.  You need Google to read off an answer to “What is Winegard?” Trust a boring old reviewer, a Wikipedia entry is worth more than a lot of other forms of advertisements.  With that, just who is Winegard? 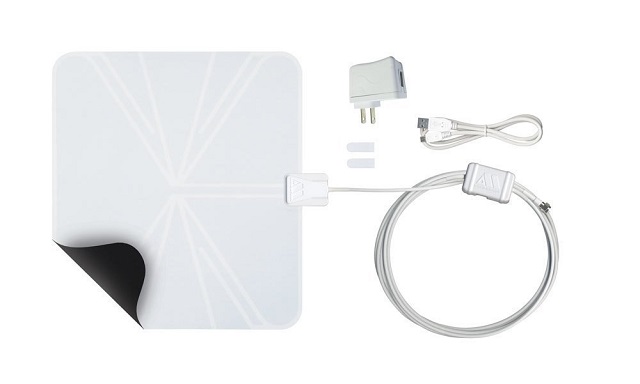 Winegard has it’s roots in the 1940’s when radio was king, and the television market was first being born.  John Winegard was an inventor of sorts, and he tinkered with his radio and the antenna’s of the day, not unlike the stories of the 1970’s and 1980’s in the computer world. At it’s heart, John Winegard’s company was birthed through bleeding edge technology, just it like so many tech companies.

Winegard is responsible for the higher band of channels on the television. The predecessor to current satellite television, C-Band, was brought to the consumer market by Winegard. These are just a couple of highlights about Winegard, and I hope that they will build a wiki page to share their story with the world at large. Because when the question about Winegard is asked, the answer should be “Winegard is one of the cornerstones of the television industry.”

There is a lot to love about the Winegard Flatwave antennas.  More channels. Easy to install. Utilization of USB for power. Space conscience. Functionality.  Support. This is truly a remarkable amplified antenna. Buying one is no chore either, Winegard is a known company and the device is available everywhere, from online retailers like Amazon.com or ebay and brick-and-morter stores such as Wal-Mart, Target, Sears, etc.