In less than a month, Huawei will introduce its fall flagship lineup in the form of at least three large-screen Mate smartphones: Mate 10, Mate 10 Pro, and Mate 10 Lite. 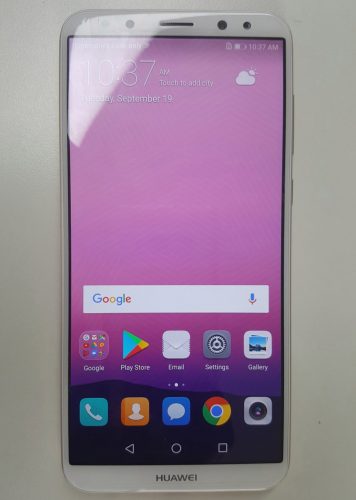 Although it will indeed be the least expensive of the group, Mate 10 Lite — codenamed Rhone — is no budget phone. Its 5.9-inch screen’s 18:9 aspect ratio makes for an 83-percent screen-to-body ratio in a full-metal, unibody enclosure that would traditionally house just a 5.5-inch display. In fact, its 1080 x 2160 FHD+ resolution is even higher than the standard FHD display found in the regular Mate 10 (codename: Alps).

Source: This is the 18:9, quad-camera Huawei Mate 10 Lite | VentureBeat