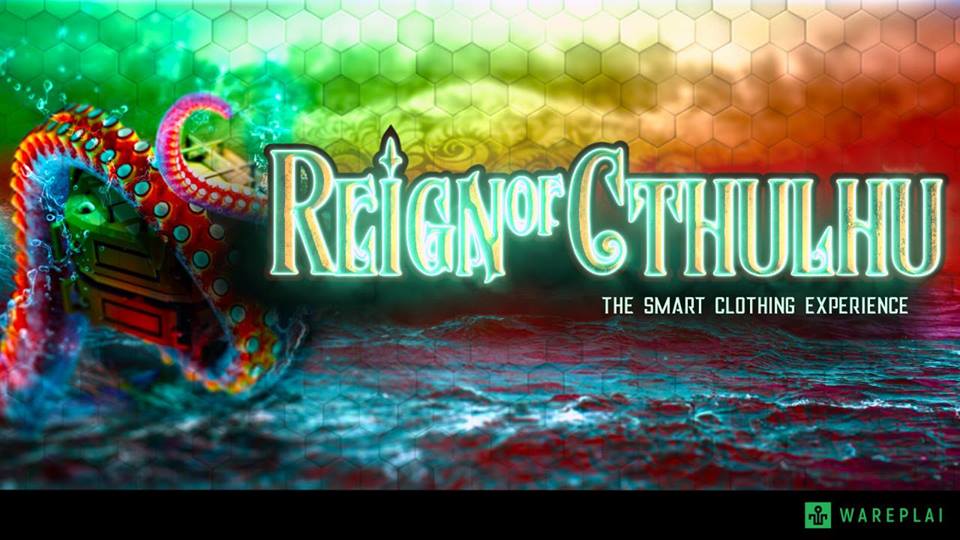 Garden Grove, CA— April 18, 2018 – Every Thursday morning at 10 a.m. in their 2,000 sq. ft. sparse office space the six co-founders of WarePlai, LLC sit and devise innovative ways to bring people and communities together through Augmented Reality (AR). A communications professor, a former veteran turned Washington D.C. consultant, a filmmaker, a former APAC project manager recently from a 17-year stint in China, an investment author and former trader, and one of the first 30 game developers from Blizzard look to change the landscape of current human interaction by combining mobile gaming, AR, and apparel. The first of the four games they are developing, is Reign of Cthulhu, which debuts on Kickstarter May 1st.

Reign of Cthulhu is a bold new AR game built on the WarePlai patent-pending AR platform and inspired by the 1920’s author H.P. Lovecraft and his Cthulhu mythos. While the app will be free to download, the apparel that you buy, initially t-shirts, along with real-world objects and physical locations will revolutionize and enhance your AR mobile app game play, to create a truly blended reality experience that all players can have fun and enjoy.

Players can use their current smartphone or tablet to discover, in AR, that every T-shirt is a portal.  Inside every portal is a new world of characters and adventures waiting to be played. Multiplayer combat arenas open-up between each player through their device. The real world transforms into an augmented reality battlefield. It can be as big as a park, the size of your living room or as small as a kitchen table, you choose, placing you in the middle of the AR gaming action.

In Reign of Cthulhu, players team up to battle each other head-to-head for territory or go co-op against creatures and obstacles. Every player that wears a t-shirt can display their rank, win-loss record, special items all in AR for other fellow gamers to see. Each shirt has unique characters, weapons, and levels that are woven into the fabric of the game. You can play with people you know or instantly play with complete strangers that may also be wearing any one of the games original 12 t-shirts that will debut on Kickstarter.

Reign of Cthulhu players will discover AR portals scattered around the real world also. These AR portals act as virtual doorways to another dimension, the underwater city of R’ylah.  which is the central focus of the game.

Reign of Cthulhu was designed and developed by gaming industry veterans with over 20 years of expertise earned by work on multiple AAA titles for Blizzard, Activision, Sony, and DreamWorks, including Diablo, Warcraft, and Starcraft franchises.

For more information on Reign of Cthulhu www.wareplai.com.