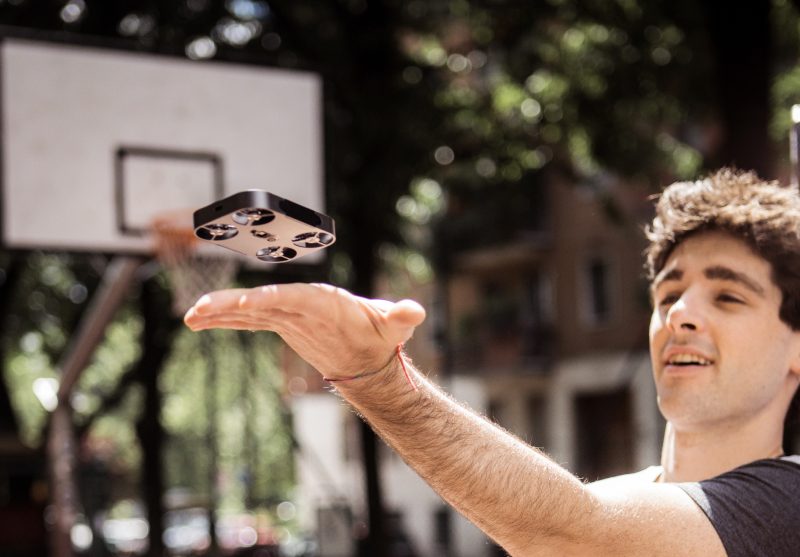 August 7, 2018 – The next generation of aerial photography and video is here as the AirSelfie2 is now on sale at Amazon and Best Buy.

The pocket-sized flying camera, which made its debut at CES 2018 and is a category leader, features a 12-megapixel camera for full HD photos and videos, a 400 mAh 7.4 lithium polymer battery that allows for up to five minutes of flight time and an 85° field of view. Additionally, the AirSelfie2 now has an improved 16 GB memory, this all in a device that weighs just less than three ounces and is no larger than the average smartphone.

“When it comes to capturing life’s important moments on pictures or video, people don’t want to have limitations. With the AirSelfie2, anyone with a smartphone can get the shot they want with a flying camera that weighs next to nothing and can be carried around in your pocket,” said Stefano Cabella, CEO of AirSelfie Holdings Ltd.  “We want to surprise AirSelfie2 users with continuous novelties: each automatic software update means exciting new features and experiences for the consumer without the need to wait for a new version of the device.”

Featuring an anodized aluminum casing that’s durable enough to withstand modern life, the AirSelfie2 measures just 3.8” x 2.8” x 0.5”. And with its four turbo brushless fans, it has a range of over 60 feet. AirSelfie2 connects wirelessly to iOS and Android devices, so users can share their shots or upload them to social media sites in seconds. The AirSelfie2 is available in four colors – silver, black, gold and rose gold and retails starting from $199.95.

With this combination of portability, durability and technology, it’s no surprise that the AirSelfie2 recently won the prestigious Red Dot Design Award. The AirSelfie2 received the top distinction in the “Red Dot: Best of the Best” competition, standing out among more than 6,300 other products due to its excellent design, performance, and innovative symbiosis of aesthetics and function. The device was also named to GadgetMatch’s “Best of CES 2018” list and has been nominated for the German Design Award. AirSelfie also recently closed a new round of capital, facilitated by Klecha & Co., which will allow for continuous outstanding innovation in product and design.

“We’ve seen tremendous growth and interest in our products since the launch of the AirSelfie1 last year. With the AirSelfie2, we’re redefining what consumers should expect from a flying camera,“ said Chris Jungfleisch, CMO of AirSelfie.

AirSelfie – the products and their accessories – have been designed by an international team of talent hailing from all over the world. Developers and engineers from Shenzhen, Italian designers, experienced corporate leaders all coordinated by the AirSelfie Holdings Group, which through its affiliates, manages development, production and distribution globally.