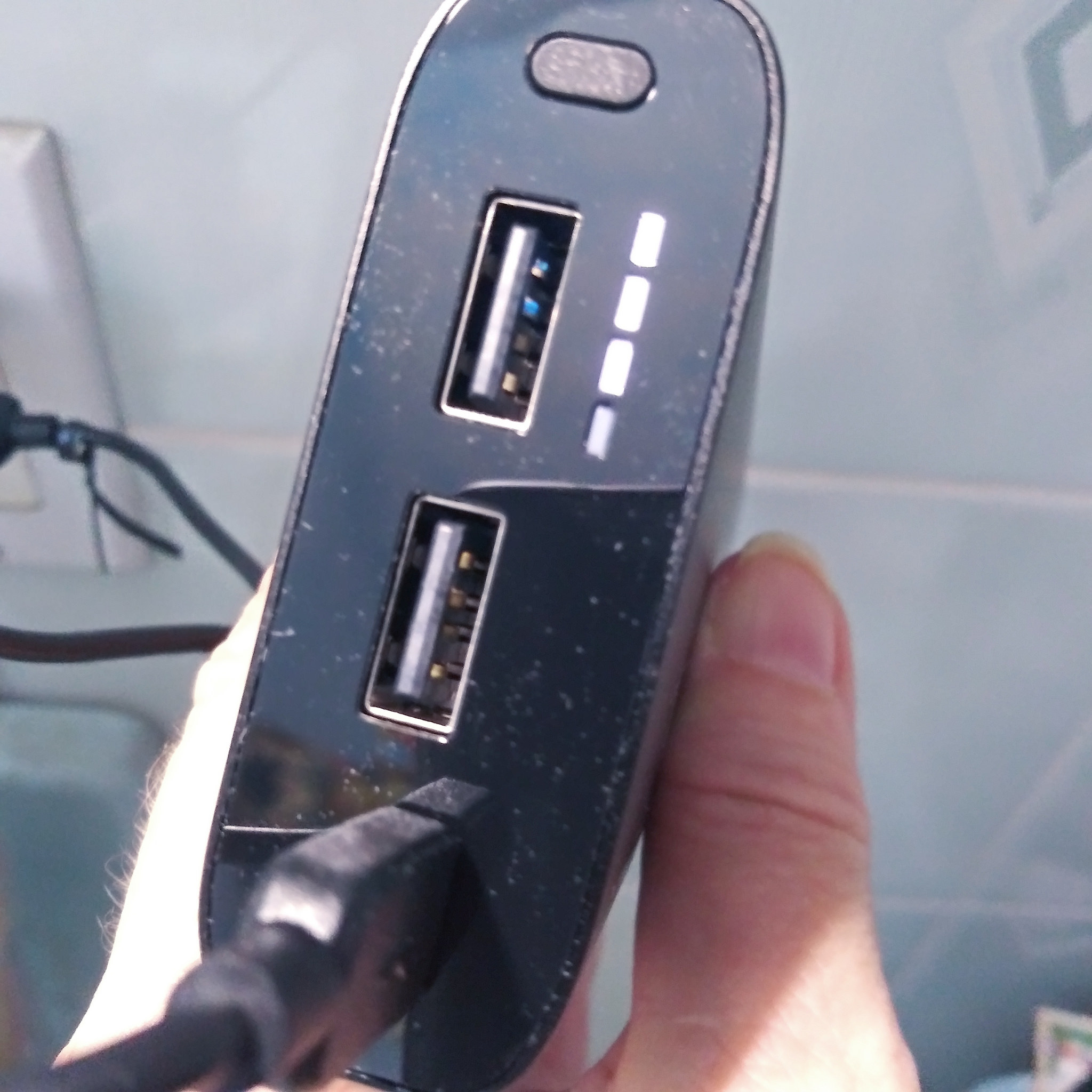 Anyone who knows me knows I’m a bit “obsessed” with portable batteries. This is partly because I survived Superstorm Sandy in 2012 and the lesson there was if you are going to be without power for several days, ya BETTER have some kind of backup plan. Like, make sure you have several portable batteries. So far most of my batteries are small, light and are fine for most cell phones. But they could run out of juice in a day or two. During Superstorm Sandy we were without power for five consecutive days and some of my neighbors were without power for a couple of weeks.

MyCharge is a company who makes an amazing array of powerful portable chargers. In this review, I’ll be discussing one from the Razor Series

RazorMega has a battery that is a 20,000mAh Lithium Polymer and is perfect for charging Tablets and smartphones.

As you can see, the RAZORmega has two USB ports for charging two devices. The claim is that it can charge some smartphones up to 10 times. Challenge accepted!

I tried the charger for several days to drain it completely and then plugged it in to charge up 100%. It took nine and a half hours to fully charge from a wall AC.

Then I took the following notes on each time I used the RAZORMega to recharged a phone.

took about three hours to reach 100%

took three and a half hours to reach 100%

I fully loaded the RAZORmega then I charged only Tablets:

It took 3 hours to fully charge

Well, I must admit this is impressive. If I ever find myself several days without power I can feel confident that at least I can make a phone call! And I’ll be able to do so with confidence. The RazorMega isn’t lightweight, but I have smaller batteries for normal use. For a Serious emergency, this baby is good to go. In fact, the other day, a friend of mine had a blackout and my first action was to throw the RazorMega in my bag and go over to my friend’s place. The blackout only lasted an hour, but it’s great to have this tool in my possession. Because You Never Know!