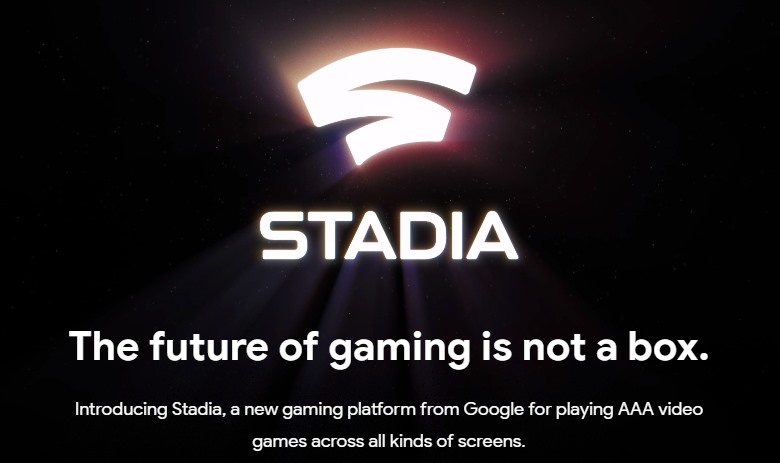 Google Introduces Stadia: You may not know it, but the Earth just shook.

Streaming a game is not new or groundbreaking, you’ve been able to do it for a while. Various apps are available for android devices, Steam has a device, Steam also has an API for smart-tv’s, and there are several more methods for one to stream in-home. What Google did wasn’t about breaking new ground; It’s about scale. This isn’t like the start-up service that fumbled along a few years ago that slowed to a halt like a car without gas. No, Google has infrastructure, scale, and more investment capitol than entire nation-states. Sure, Google is bringing some technical associations to bear, some innovations to market, but it’s capacity that will overwhelm the gaming industry.

If anyone thinks that Google was going to do this without help, they are delusional. AMD is on board, software developers are on board, and that’s not just talk. The cluster based cloud gaming systems have custom scaling GPU’s, CPU’s, and network pipes to push 4K gaming to supporting devices. Google is not joking around when they enter a market, because manufacturers are on board already. Then there are the industry staples. Doom Eternal is slated to be on this thing, and you can bet they aren’t alone. Ubisoft’s “Assassin Creed Odyssey,” and more are already on board. Just to be sure, former Sony Entertainment, EA, and other executives are already on Google’s battleship.

As mentioned above, AMD has been developing a scaling graphics processor with this thing, but there are a few other innovations. Including a controller that connects directly to the service via wifi. No need for pesky operating systems getting in the way of someones game-rage. While nobody seems to be boasting it, I’m willing to bet that sound processing, player to player connectivity, it’s all been thought of. All of that, and it can “Hey Google” your cheat-code in game. Sure the innovations don’t seem groundbreaking, but they don’t have to be. They have to be enough to make any latency get out of the way of your gaming experience. Which, honestly, is about all the innovation they need beyond scaling the system up.

Speaking of scaling up, that’s the backbone of what Google is doing. This is more than just your Google Play Movies on the cloud. They’re putting your game system on the cloud. The single biggest innovation and implementation is simply getting the computing power necessary and the bandwidth set aside to handle the sheer number of gamers on the system. Again, this is about volume, and if any one singular company could provide the throughput to make it possible – it’s Google.

This isn’t far fetched, and this isn’t a dream; upon rollout, this becomes the new reality. When I was growing up we called our game system by it’s name, by my kid’s time everything was a station; now, it’s not much more than a channel. Installing? Gone. Updating? Meh, who cares. Maintaining your DVD, CD, or cartridge? Might as well be talking about an Edison Cylinder Phonograph. Go ahead, start making room now for your favorite console in a museum. The Earth shook, and the gaming wars were over. Yes, dear reader, it’s THAT BIG!