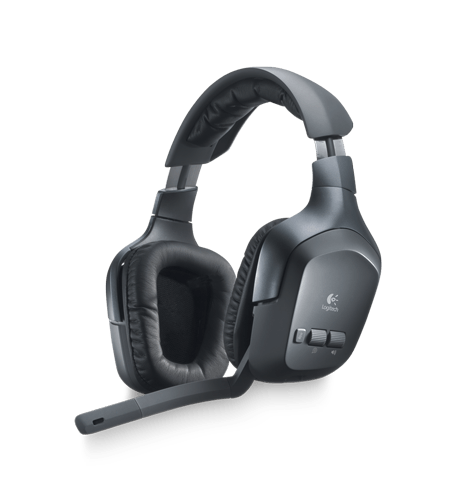 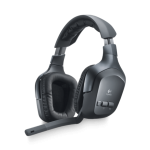 The Logitech F540 Wireless Gaming Headset is packaged in a rather large box, and with reason.  This device attempts to be everything for everyone for gaming.  When used as intended, the Logitech Wireless Headset is an incredible piece of gaming gear, and with an MSRP of $125.00–it had better.  The question with any expensive headset is always, “Why should I spend that much cash on a headset?”  Obviously, a review can’t answer that personal of a question; however, we can, and will, give our impressions of the F540, what it can be used with, and list out the specs for your comparison.  This is some serious gaming gear, but even with the big price tag–it can find purpose for many households.

Any serious gamer will tell you that they can’t go without their headset, whether they are arranging a raid in World of Warcraft or organizing a hit in Call of Duty.   If your headset won’t last, then you have big problems, any Everquest player will tell you that they have a drawer chocked full of old headsets they used with TeamSpeak.  That, friends, is the first thing you discover when the box is opened.  The F540 is more than just durable, this bad boy is rugged.  I would wager it would still operate after little Tommy wears it while riding his four-wheeler through the mud.  It has weight to it, unlike most of the pansy headsets found in hanging blister packs at the local discount store.  Then, we hooked it up. 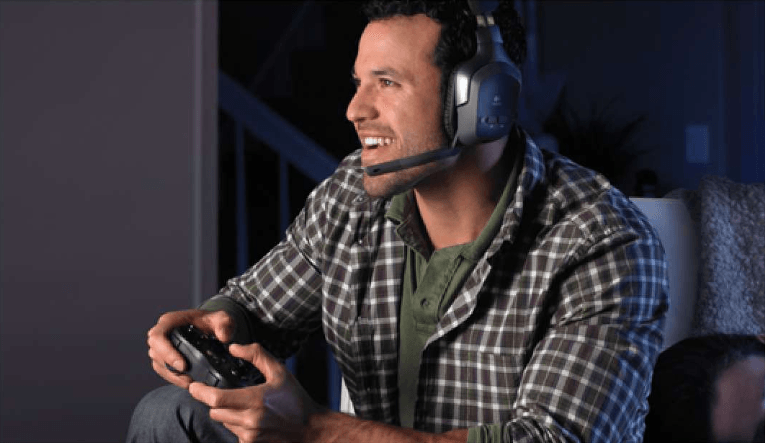 We quickly learned that not unlike other devices we have a series of trade-off’s.  The F540 was heavy out of the box due to the metal components, the battery for 10 hours of usage,  and higher grades of plastic; thus,  it still feels heavy while it’s on your head.  Assuming you follow good gaming guidelines to begin with, taking a break every hour or two, the headset is fine.  If, however, you game for hours at a time–it will begin to bother you.  The ear pads and speaker quality provide exceptional sounds, but you’re not going to hear your wife asking you for the third time if you want liver for dinner.  Ouch, that’s gonna’ suck.   The F540 was also made to operate somewhat generically, so you’re going to find connectors and adapters for that other platform that you are not a fan boy of.  Most of us aren’t that concerned, but those who burn effigies of the other platform are sure to find this a crime of some sort.

Speaking of the other platform, the F540, as advertised, is easily usable on either the Xbox 360 or PS3.  The included instructions are helpful and includes diagrams.  We tested the device with our audio system, television, DVD player, both consoles, and the PC.  The only caveat for the serious gamer is that to use the headset on your PC the wireless part goes away and you’ll have to buy an adapter from Radio Shack.  Still, the fact that it works on the PC at all is a plus; however, Logitech would be doing themselves a favor by creating a device driver that would allow wireless usage from the PC.  When dealing with the consoles, the only time you get a wire at all is with the Xbox 360, and, even then, it is only from the headset to the wireless controller.  The conclusion here is simple, as advertised.

Overall, the device meets our expectations.  The F540 does a good job of blocking out external sounds while providing a conduit for game sounds or even a movie’s sounds.  The heavy construction, while it will annoy some, is still a result of a device being made to withstand usage and an overall plus.  The device is usable for more than advertised, but could have been even better with PC drivers.  This is definitely not a budget item, but a device that has quality and usability to justify it’s cost.

One of the tests we performed on the Logitech F540, that doesn’t really fit in the review, is one of range.   Usually this isn’t going to be a problem for a gaming headset, but we wanted to know at what point the Logitech 540 would cut out on us.  We did something the gamer never does, we left the couch.   We moved away from the recliner.  We abandoned the bean-bag chair post.  Then, we walked out of the house.  After determining the device worked on the porch, we did something gamers never actually do–walk.  By the time we were satisfied, the walk had taken us to our neighbor’s house — TWO HOUSES DOWN THE STREET.  The F540?  Yeah, it still had reception.  Thus, if you have a grand opera house for a living room or your guild meeting can‘t cut you any slack for that bio you need–no problem.

Another test we performed was, “Game Night.”  We used the F540 over an extended period of our favorite MMO, all wired up.  The fist problem is that the default volume on the microphone is rather high, and after tweaking the game settings and microphone volume the broadcasted voice became very clear to other people.  The sounds of the opening splash screen of our MMO had better music than before, and the ambient noises in -game came out great.  Each persons’ voice was easily distinguishable and clear, also smaller in-game sounds could be identified.  After two hours, my ears felt a little warm and sweaty, and the extra weight on my head was noticeable.  After about four hours, my ears were really sweating and my left ear was starting to ache a bit, and I could hear fluid in my left ear.  I may have simply come down with a something, but we determined about four hours is still the maximum limit for using such a large headset.  Results:  Great for gaming, even in hardcore MMO’s, but the user has to be mindful to give themselves a break from the headset too. 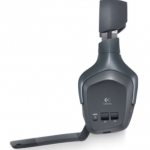