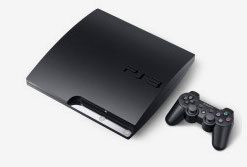 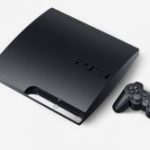 While not exactly unexpected, Sony has slashed a good fifty smackers off the consumer cost of the Playstation 3 entertainment console making the 160G model $249.  The price drop by Sony reflects the pricing adjustments made by the other two console makers in recent months, and should be fairly well-received.  What is not mentioned in their announcement is that Sony is also offering a $299 bundle package that includes the larger 320G hard drive and Infamous 2 as a pack-in title.

PlayStation®3 Available at an Attractive New Price of 24,980 yen, $249 and euro 249, Effective Immediately for North America and Europe, and Starting August 18 for Japan

Since its release in 2006, PS3 has gained tremendous support from fans around the world and its cumulative worldwide sales reached a milestone of 50 million units as of March 29, 2011. Equipped with future proof cutting–edge technologies including the sophisticated processors, Cell Broadband Engine™ and RSX®, as well as the Blu-ray disc™ (BD) player and HDMI terminal, PS3 has continuously enhanced its value to consumers through system software updates to support new features and services including stereoscopic 3D content playback and support for the PlayStation®Move motion controller. With the breadth and depth of services and content available for the PS3 system, including its impressive BD software line-up and the expansive portfolio of more than 60,000 games and video content (*1) available on PlayStation®Network, the new price will make the platform more accessible than ever and will appeal to a wider audience looking to buy the best entertainment system for their home. With strong support from software developers and publishers, as of June 30, 2011, the worldwide cumulative number of BD software titles for the PS3 system exceeds 2,495 titles and downloadable PS3 games available on PlayStation®Store exceeds 3,100 titles (*2). Of these titles, more than 120 titles (*3) are stereoscopic 3D supported and 200 titles (*3) are PlayStation Move dedicated or supported. In addition to this extensive software title line-up, exciting and attractive new titles are expected to be released from software developers and publishers as well as from SCE Worldwide Studios, including Madden NFL 12 and Battlefield 3™ from Electronic Arts, Call of Duty®: Modern Warfare®3 from Activision, Assassin’s Creed Revelations from Ubisoft, Resistance® 3, The Ico & Shadow of the Colossus Collection, Ratchet & Clank: All 4 One and Uncharted 3: Drake’s Deception™ from SCE and more.

The PS3 system provides free access to PlayStation Network and its growing portfolio of marquee entertainment services for streaming hi-def movies, TV shows and sporting events. In North America, these services include Hulu Plus, MLB.TV, Netflix, NHL GameCenter, Vudu, and many more. PlayStation Network also features unique and compelling downloadable content from leading networks, such as the Discovery Channel, ESPN and HBO, and exclusive games, including the critically-acclaimed PixelJunk series and the highly anticipated Journey, to ensure PS3 customers always have amazing entertainment experiences at their fingertips.

Through these price reductions, the upcoming line-up of blockbuster software titles for the PS3 system and the industry’s strongest offering of entertainment services, SCE will continue to expand the PS3 platform and deliver a world of computer entertainment that is only possible on PlayStation.

PlayStation and PS3 are registered trademarks of Sony Computer Entertainment Inc. All other trademarks are property of their respective owners.