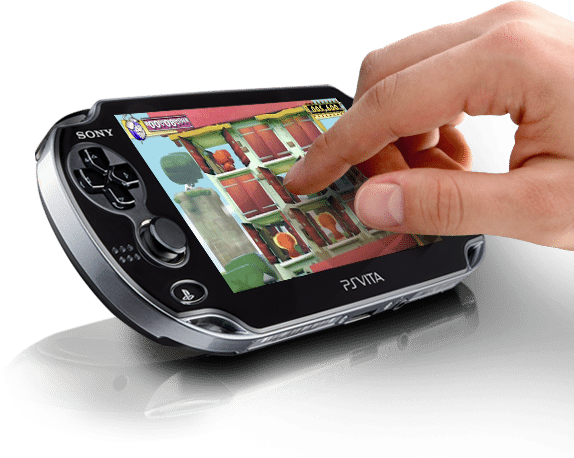 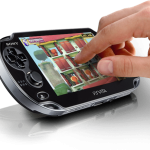 In 1989 I received a Nintendo Game Boy for Christmas. It was boxy, dull, and had a dinky 2.5” screen that could only display four shades of grey. It came with Tetris, which turned out to be one of the best handheld games of all time. The Game Boy was a toy. You put the cartridge in, turned the machine on, and within seconds the game loaded up and you were playing.

In spring of 2001 I bought an imported Nintendo Game Boy Advance. One of the launch titles was Tony Hawk’s Pro Skater 2, a masterful 2.5d translation of the 3d console game originally appearing on the Playstation. The Game Boy Advance was a huge improvement over the previous-generation handheld console. It had a larger screen (3”, about as large as an entry-level smartphone) that could display over 500 colors simultaneously from a palette of over 32,000 colors. The Game Boy Advance was a toy. You slapped in a cartridge, turned it on, and within seconds you were up and playing a game. 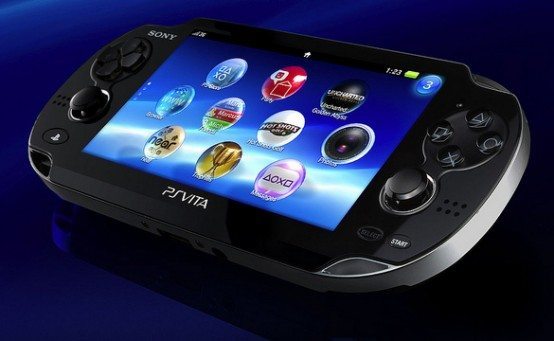 In 2005 I bought a Nintendo DS Lite. It featured two screens, one of them touch-sensitive, and greatly improved hardware. It was backwards-compatible with Game Boy Advance games. Like its predecessors, the Nintendo DS was a toy. You slapped in a cartridge or memory card, turned it on, and within seconds you were up and playing a game.

I never owned a Sony PlayStation PSP, although I greatly admired the ones owned by friends. Thus, I jumped at the opportunity to review the Sony PS Vita kindly provided by Clear-Coat.

The Vita is a beautiful piece of hardware. The front of the device is dominated by a large, crystal-clear, 5” OLED display. The colors are bright and vivid. It is without a doubt the finest looking screen I’ve ever seen on a handheld device (mine was protected by a layer of Clear-Coat’s scratch protection product). The front of the Vita also features a number of controls. Like the PSP before it, the Vita has a directional pad and four buttons in the classic triangle-circle-square-x pattern. What’s more, the Vita features dual analog controllers, which feel great. They have enough play to roll smoothly around their axis and easily and accurately return to their home position. Sadly, they lack the click function of the Dual Shock controllers they’re meant to emulate, but that is probably a small omission. Start, select, and a “Playstation” home button finish off the buttons on the front.

The power button and two volume buttons are on the the top of the Vita. I prefer rocker volume switches, but hey. The shoulder buttons feel a little floaty and it’s not completely clear when they’re depressed.

The Vita’s display doubles as a touch screen, but the back of the device also contains a touch-surface. More on that in a bit. There are some more details on the hardware: there are two cameras, a low-resolution, front-facing camera meant for video chat, and a slightly higher resolution rear camera. Neither are meant to replace your point-and-shoot camera, or even the camera built into your smartphone. The Vita has small, but serviceable speakers; however, gamers who care about sound will probably be wearing ear buds anyway (not included).

One last thing. The Vita comes with a wall charger and a proprietary cable. One day went to charge the Vita and it would not take a charge. Thinking I was impatient, I left it to charge overnight. I came back to find the device entirely drained. Frustrated, I searched online to see if any Vita owners had encountered similar problems. They had! It’s because the charging cable will insert into the Vita in either orientation, but only one of them permits charging. Why would any consumer electronics company would ship a product with such a glaring fault? It’s hard to understand, but it’s very annoying. 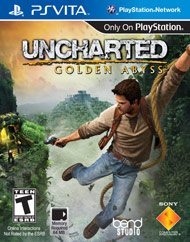 Clear-Coat generously sent along a copy of Uncharted: Golden Abyss, a launch title meant to show off the capabilities of the device. I was excited to play it when I unboxed the Vita. I slapped in the small memory card, turned on the device, and within seconds I was up and playing the game. At least, those were my expectations.

I turned on the device and was prompted to register. Register? A toy? After filling out six screens of personal information (sorry, Sony, I lied about all of it), agreeing to a six billion word End User Licensing Agreement, and agreeing to Sony’s privacy policies, I was able to get to the Vita’s control menu where I was quickly ushered to a tutorial explaining the features of the Vita. If a handheld console needs a tutorial, maybe it’s too complex? Nevertheless, I allowed myself to be directed through the tutorial before starting up my game. Finally! I was going to play Uncharted: Golden Abyss. I pressed the game’s glowing icon and then was presented with another EULA. Or, at least I would be soon. Unfortunately, the PS Vita is useless without a memory card, and so I had to put the unit aside until I acquired one.

To play a game on a toy I had to agree to two contracts, a privacy policy, and disclose personal information. Games cannot be played without a (not-included) memory card. This is not how I did it as a child. There’s something wrong here.

Anyway, once I was able to play the game, it had a tutorial mode for me to play through. Within, I learned to tilt the Vita left and right to guide my hero towards ledges, discovered how to use the touch screen to climb mossy walls, and figured out the button sequences for gun fighting. Uncharted: Golden Abyss has radiant, silky graphics, and the 3d character models moved naturally through their paces. The voice actors are entertaining, giving the otherwise straight from central casting characters a sense of history and rapport. Soon I was running around a lush jungle environment chasing after a friendly NPC who was leading the way. Along the way I discovered clues about the game’s plot. The clues are mini-games, the purpose of which I’m certain are only to impress upon the player that yes, the gorgeous OLED display is touch sensitive. One of the games had me putting together a jigsaw puzzle, with the pieces being turned using multi-touch! Amazing! Okay, maybe not. Another puzzle had me vigorously rubbing the screen while an NPC made snidely suggestive comments. Obviously I’m not meant to be part of the game’s target audience. Also, rubbing the screen is not fun. 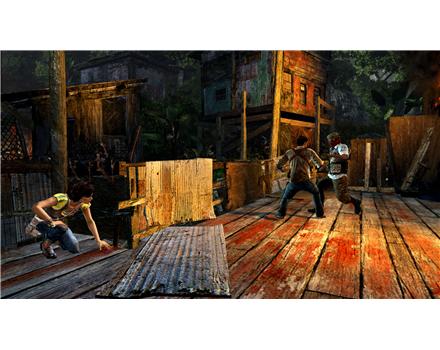 I put the game away and downloaded some demos. A word about that: it’s really nice to be able to easily add new content to the PS Vita. Despite my grumblings about privacy concerns and the EULA, being able to download a new game when the mode arises is a huge feature. I just wish it didn’t bring such intrusive interactions with it. I downloaded Super Stardust Delta, Little Deviants, and Wipeout 2048 demos. Little Deviants is notable because it uses the touch screen at the back of the Vita. The back touch screen is used to manipulate the landscape so that you can roll your character around the play field to collect items. It’s an idea that couldn’t be implemented with an ordinary touch screen because the user’s fingers would get in the way. The game itself is little better than a technology demonstration for this feature.

For an old-school gamer like myself, the Vita’s greatest promise is in its ability to play older titles from the Playstation library. Titles like Wild ARMs XF, Lunar: Silver Star Harmony, and , Final Fantasy Tactics are all extremely tempting (not to mention affordable) pieces of software for the Vita. Vita-exclusive titles like Lumines Electronic Symphony and Disgaea 3: Absence of Detention also call to me. In fact, the Vita’s software library is almost enough to let me overlook the drawbacks to the system.

In the end, the Sony PS Vita is an advanced piece of portable gaming hardware featuring a small but important library of titles. Unlike the portable systems that came before it, the Vita is not a toy. It’s a node on a digital content ecosystem. It’s purpose is not to entertain the buyer, but to provide a constant revenue stream to the content owners. Not that there’s anything necessarily wrong with that: if the entertainment you want is there, the Vita will help you easily get it, but it’s fundamentally a different relationship compared with the portable gaming devices in my past. The Vita is a device for adults, not a toy for children.

That’s a problem for Sony. Despite the advanced specifications of the PS Vita, cellular phone manufacturers (including Sony) are rapidly improving the speed and capacities of their devices. The high-end of the smartphone range will leapfrog the PS Vita long before the device’s natural product cycle finishes. Both Android and iOS platforms are blessed with large libraries of fun games, and they’re less hassle to install and play than they are on the Vita. The market is changing. I’m confident the PS Vita will be the last major handheld gaming console ever released. On its own merits, it’s a decent device. Within the broader scope of portable computing, it’s a dead end.

I recommend the PS Vita for dedicated, mature gamers. The software library is large enough to warrant owning the PS Vita right now. I had considered buying my pre-teen nephew a PS Vita before I’d had a chance to review one, but after my experiences I think I’ll hold off.