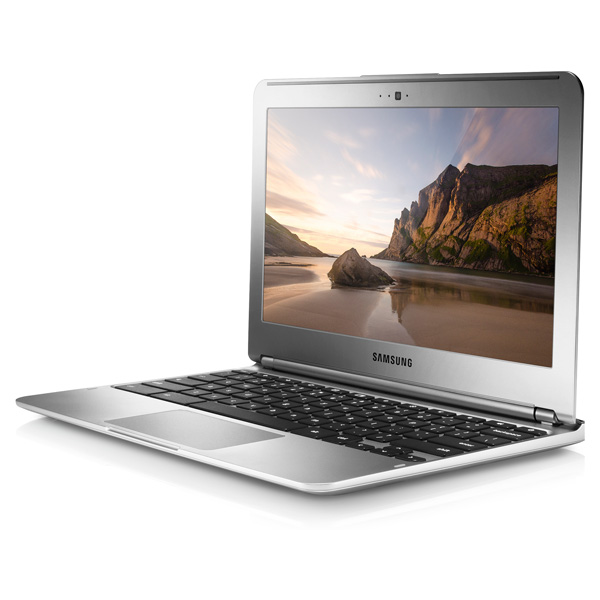 Chromebooks are suitable for those who like light, inexpensive laptops with fast internet browsing. They may be small in internal storage but Google’s Chrome OS depends on cloud technology anyway to store your apps, documents, and all other files safely. This also makes Chromebooks a favorite as shared laptops. It allows switching between users effortlessly.

Samsung just recently released another version of the chromebook – Chromebook 3G. Built for everyday use, it is thin, light, ultra portable and cheap at $249 (as at August 2013). It promises to get things done faster and easier and has various useful built-in features.

At first glance, the Samsung Chromebook 3G may look like a typical copy of a MacBook Air but looking at the miniscule price tag, you start to wonder why it is so cheap. Then, as you read through the technical specifications and features, you will be left feeling like taking one home right away. Here’s why.

You’ll be able to use your chromebook straight out of the box. It requires almost no setup. As the people at Samsung say it – you can go from unboxing to doing in minutes. Once turned on, it takes the dual core processor about 10 seconds to startup and the presenting you with a login screen. Upon login, you’re taken to the Web within a few seconds.

Using this Chromebook, you’ll tend to forget that it’s not run by an Intel-processor. It is in fact powered by the Samsung Exynos 5 Dual processor (used in high end android tablets) which requires no fans for cooling. It runs effortlessly, silently and stays cool. For an ultra-slim and ultra-light package (at only 2.4 pounds), it also yields a good battery life of over 6 hours – enough not to constantly worry about being away from the mains but maybe not enough for most people to get in a day’s worth of work in.

Like the standalone Chrome browser, Chrome OS is fast and pleasant to use. Chromebooks are specifically built for polished web-browsing and Samsung’s Chromebook 3G doesn’t as much as hiccup when running multiple apps and documents, and switching between them.

Because chromebooks are based on cloud technology, you don’t work on it similarly to how you would with Windows. Instead of using conventional programs (Word, PowePoint, Excel etc.) you use apps that are found on Google’s Chrome Web Store. Though your options are limited, the usual tasks can still be managed surprisingly well.

The 11.6-inch display is not the brightest but still good enough at 200nits with a resolution of 1366 pixels. You won’t find any problems with the brightness even if you worked on your chromebook all day. The size of the display (hence chromebook) is ideal for in-flight table trays, which makes this chromebook ideal for travelling.

Considering its low price (and purpose of use), the built-in 3W stereo speakers are surprisingly good. The Chromebook 3G also comes fitted with an internal mic, and a 0.3 MP web camera with additional headphone out and microphone in ports. Speaking of ports, the device is also equipped with VGA, HDMI, 1 USB 3.0, 1 USB 2.0, and a 3-in1 SD/SDHC/SDXC ports. This makes the Samsung Chromebook 3G a multimedia station.

Despite its small size, this chromebook has a full-sized, chiclet style keyboard that is optimised for Chrome. It differs from traditional keyboards with the addition of a dedicated search key and several web-enabled keys for page forward/back, refresh, window toggle and more. There is no Delete key nor is there one for Caps Lock (which is replaced by the Search key). Pressing the Search key will trigger the apps launcher which includes the Google Omnibox for starting a web search. The oversized touchpad is the scroll scope and flat type. Like those on MacBook Airs, it has no buttons.

Unlike other laptops, your Chromebook is automatically kept up-to-date with every reboot. You will always get the latest version of Chrome OS without having to do anything about it. It’s free and with each use, your device just keeps getting better.

Samsung’s Chromebook 3G has built-in security to protect you from viruses and malware. On top of that Google’s Chrome OS is free from traditional security concerns. Applications and extensions from the Google Chrome Web Store are all automatically scanned for malware before they are even made available for installation. The biggest advantage of using Chrome OS is the myriads of layers of security it applies before anything reaches your end; even HTTPS connections are extra secure.

Great for Mid-Air Use

This chromebook is bundled with 12 free GoGo in-air internet passes (estimated at $150 in value) with a 2-year validity for use on domestic US flights. Combined with its lightweight and compact size, this chromebook is proven very convenient for travel use.

What’s in the Box

For such an attractive price, the Samsung Chromebook 3G makes a nice laptop. It’s light, thin, compact, silent, lasts over 6 hours, and powerfully fast. It’s also easy and safe enough for kids to use with no moving parts within and low risk of malware infections. Despite being cloud-based and highly dependent on online connectivity, you can still work with emails, edit documents and play certain games with its offline limitations.

Google’s Chrome OS can change the way your work, encouraging greater dependence on the cloud. It may take some a few days to familiarise with how the chromebook works; but, depending on how you see it, the ability to access your work from any computer and any location via the same Google login is a big benefit for some. If you’re already a heavy user of Google’s online services, then logging onto a chromebook will feel like home.

Ultimately, the Samsung Chromebook 3G is good at what it does. The question is if what it does is the right thing for you.