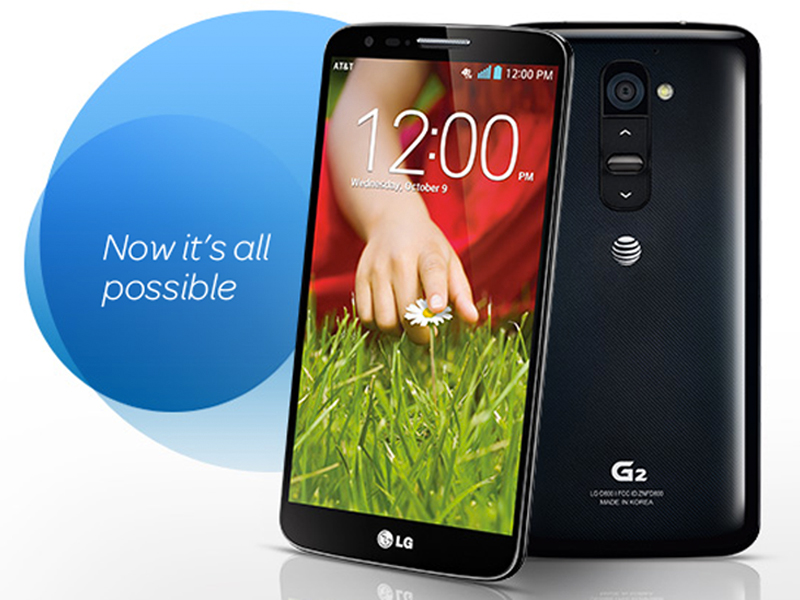 LG’s consumer-centric attitude towards innovation sparked a new series called the LG G smartphones. The latest LG G2 is yet another one of their special creations made using tons of research and by observing thousands of users. In short, they say, ‘we learned from you’. The only question that remains is whether they observed our smartphone habits well…

LG’s consumer centric attitude towards innovation sparked a new series, G smartphones, the first of which was officially launched on August 7th 2013. One would think that it would take a good one year to find a worthy successor to the first generation G smartphone but as it seems, LG had other ideas and soon after announced its most ambitious plan yet – the G2.

The Human Side Of The G2

When asked what motivated LG to produce the G2 in its unique design and with its innovative features, they replied that innovation must always resonate with humans. It must be meaningful instead of just advancement for the sake of advancing. From the research collected by LG, came the instinctive and practical UX that powers this beast. First it anticipates your behavior by answering calls the moment you put it next to your ear. Second it automatically suggests apps based on the input device used and thirdly it incorporates habitual ergonomics such as the Quick Remote, QSlide and Slide Aside.

Take the Slide Aside for instance. This neat flick app uses a three finger swipe to open another side app that allows you to open yet another app or choose from any of the three currently running apps. Similarly it offers a 20 item clip tray to store full web pages, numbers, excerpts from an ebook and much more just in case you wish to share something somewhere.

The Guest Mode truly defines its humanistic approach by addressing a major concern for any smartphone user. You can’t say no to your spouse or colleague when they request to make a phone call from your phone but you are also afraid at times of what they may find in your phone. With the Guest Mode, you can restrict what apps they see and also create separate locking patterns for close acquaintances who you know will also occasionally use your phone. In short, the G series is all about real life benefits to users.

Possibly the most advanced processor in any smartphone yet, the Qualcoom Snapdragon 2.26 GHz Quad Core processor is capable of a seamless experience for folks who wish to operate multiple programs at a time or watch HD videos online with 4G speeds. It also boasts of the latest Adreno 330 GPU believed to be at least 30 percent more efficient and beefier than the 320 GPU found in competitor models.

How can you pack in a huge battery to support a massive processor and screen without compromising on the thin profile of a phone? LG’s solution is a brand new SIO+ 3,000 mAh battery with a step profile that goes two layers deep instead of one. With its higher charge density and a unique design that takes up more space in the phone without actually increasing its girth, LG has managed to pack in a longer running power source.

Words simply cannot describe the brilliance of the 5.2 inch screen display with IPS and Full HD. The 423 pixel per inch resolution strives to deliver sharp text and extraordinary graphics without the slightest drop in color saturation, and all in a 16:9 HD aspect ratio for a full cinematic experience right from in your palm. Add to the this the narrow bezel design that brings in an edge-to-edge display and you get a truly immersive screen size with practically no unused space.

For the first time an Android smartphone will be able to play 24bit Hi-Fi 192kHz sound playback, the same format used at professional recording studios. The outstanding aural experience doesn’t just stop with audio playback. You can capture videos and pictures with concentrated audio inputs by zooming in on the audio on the screen. Using multi-directional multiple mics built into the phone, you can pinpoint an exact area to capture sound from regardless of whether it is a still picture or a moving shot.

The QSlide feature helps keep the most important tasks handy. Two separate apps operate simultaneously over the main screen with user defined transparency  to provide instant access to your most used apps.

With the built-in IR emitter, the LG G2 acts as a quick remote that can operate set-top boxes, DVD or Blu-Ray players, air conditioners, TVs and much more. Get full access to all your remotely controlled appliances in your house in the LG G2.

Hate having to pick up your phone just to check on messages? To unlock the screen or wake the LG G2 you simply have to tap twice on the screen. This double knock wake up feature eliminates the need for a physical locking key.

Out of all the unique additions to the LG G2, it is the rear key right underneath the camera that stands out. Highly functional in its placement, this revolutionary rear key is great for left or right handed use. It takes care of all side key operations leaving the sides free and stylish to ogle at. A center power button and volume rockers to the top and bottom complete the rear key assembly which also has an ulterior motive in its unique placement.

LG observed that users tend to drop their phone a lot by fumbling with the side keys as it requires, quite often, a change in orientation of the grip. By switching the position of the power and volume buttons to the back where the index finger will naturally reside, right underneath the camera, one does not have to change the orientation of the fingers. Even the material used for all the buttons has a slightly different texture so that users can intuitive figure out whether they are using the right buttons the moment they touch them.

The LG G2 boasts of a 13MP back facing camera that is scratchproof with a sapphire crystal glass cover and extra stabilization operating on both axis. It comes with the ability to shoot full HD videos using 9 point auto focus with blur reduction zoom. You also get a tracking zoom that can actually track the subject you are recording. You can use both the front and rear cameras at the same time to record both you and your subject. Instead of enlarging the image received by the camera sensor, the LG G2 zoom actually overlaps images in quick succession thus capturing clearer pictures even when in full 8X zoom. Add to this the full 60fps video capture capability in full HD.

While Samsung popularized the flap cover, LG goes one step beyond offering a smart flap cover with a quick view window that eliminates the need to open the flap to do the most basic of functions such as taking and making calls or checking messages and mails.

To start off with, the screen is probably the best ever. With IPS switching and a full HD anti-glare screen, it is great for writing emails, composing pictures, watching videos and doing just about anything you would with a full sized iPad. As for the processor, you simply cannot beat the 2.3 GHz of power. These are its two biggest pros yet, but there’s more.

In the software front, while the LG G2 currently is available to us for review with the international edition using an early software release, it still does an excellent job with LG’s own apps and services. Some standout apps include Quick Slide, Guest Mode and Text Link. Coming to the wireless connections, it offers LTE Advanced, Carrier Aggregation to double LTE data speeds, Bluetooth 4.0, Wi-Fi, NFC, GLONASS, GPS. Basically it has all the latest connectivity hardware built-in.

If we talk about the rear button placement, it may feel awkward to a few but ergonomically speaking it does make things easier, eventually. The buttons eliminate the need to switch hands or change how you hold the phone just to use the volume rockers or the screen power button.

Straight up, the biggest drawback of the LG G2 is its limited storage space. You only get the 32 GB option and nothing higher or lower than that. The lack of expansion slot is a bit too limiting but should not intimidate tech freaks. The final con in my opinion is its almost identical look to the LG Optimus G Pro (which has a larger screen) in design and appearance. Only the features separate the two from each other with the rear buttons giving the G2 away. Plus their naming schemes tend to be confusing. G2? Optimus G Pro?