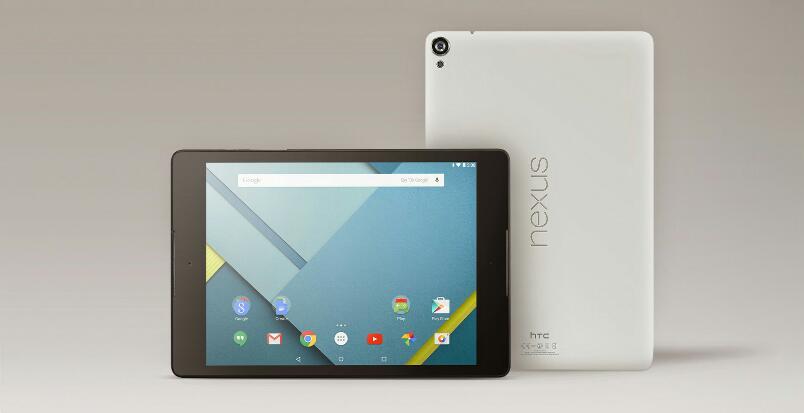 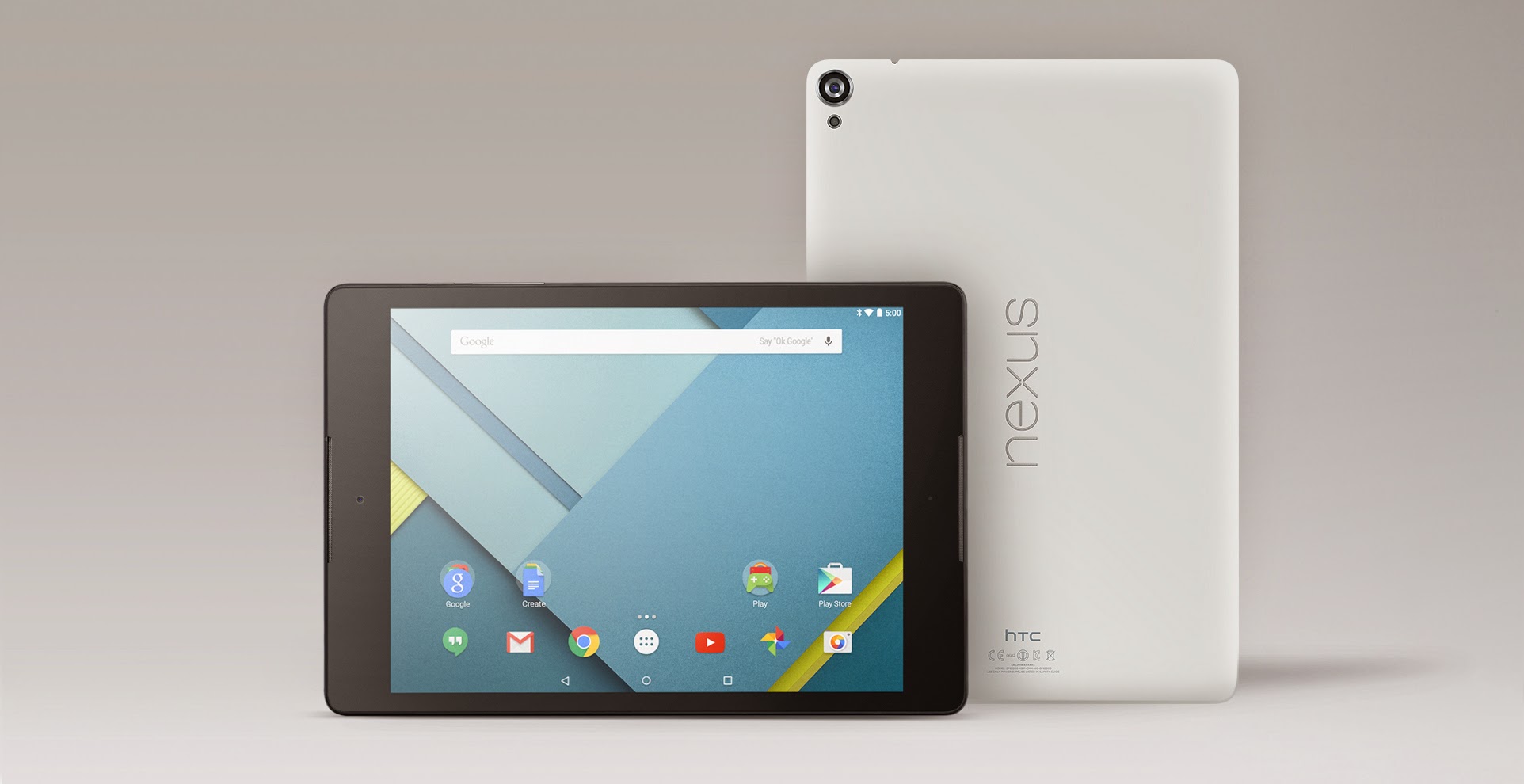 Five years after Google partnered with HTC to create the first Nexus device – the Nexus One – Google and HTC are back, but this time with a Nexus tablet, the Google Nexus 9, which is also Google’s first device to run Android 5.0 Lollipop.

Looking at the Nexus 9’s design it is clear that Google hasn’t wanted to distance itself a great amount from it’s previous design’s, in fact, the rear of the device has a nearly identical design to the one seen on 2013’s Nexus 5, with the same matte plastic finish, the largely prominent Nexus logo in the centre and the round camera module in the top-left corner with the flash directly underneath. Moving on to the front of the device, it features a large 8.9” display with two large bezels at the top and bottom which house HTC’s signature BoomSound speakers, though they have been significantly reduced in size. HTC has also added an aluminum frame to the device which manages to give the device a slightly more premium feel, and makes the overall package seem well-built and sturdy.

While the device itself has a good feel to it, when using it, the overall size can make it feel awkward at times – One handed use just feels awkward after a long period of time and, while two handed use makes it easier to use and gives you a better overall experience, full-on two-hand typing can be a little awkward when it comes to reaching those middle keys.

The screen on the device has some nice bright colours and overall viewing angles are quite good, but it’s clear when compared to displays available on other devices – the Samsung Galaxy Tab S for example – that HTC and Google have not worried about pushing the boundaries when it comes to the display.

The resolution is 2048×1536 pixels, giving it a pixel density of 281ppi, which means it isn’t quite as crisp as the display on Samsung’s 8.4-inch Galaxy Tab S, which sports a pixel density of 359ppi. The Nexus 9’s IPS LCD display also isn’t as bright or colourful as the typical AMOLED displays seen on many of it’s competitors.

Overall the Nexus 9’s display is quite a good one, just not an amazing one.

Sound wise, we have HTC’s signature BoomSound speakers, so it’s no surprise I had high hopes for them. These speakers are good, very good in fact, but they just don’t live up to the ones seen on the One (M8), they seem subdued and muddled in comparison and also lacked the same volume level seen on the One.

Like all nexus devices, the Nexus 9 is meant to show off Google’s vision of Android, and one that highlights Android’s capabilities. The Nexus I am testing is running Android 5.0 Lollipop, though an update to Android 5.1 is imminent.

Lollipop on this device is stunningly smooth, partly because it has the NVIDIA chipset running the device, but it’s clear that the Android team deserves credit for this iteration: the animations, the material design, the bump in speed… It all makes this Android version look and feel stunning.  But its not all amazing, sometimes the interface leaves you wishing google had optimised the interface a bit more for tablets, some task that are simple on smartphones can be made to feel awkward on this device because of it’s large screen, such as two-hand typing.

In most cases, tablet cameras are never anything special, and this device doesn’t change that. The pair of cameras consist of an 8MP sensor on the rear and a 1.6MP selfie camera on the front.

-The rear camera can take quite a good photo as long as there is good lighting, with the results coming out mostly crisp and with good colors, while it also has the ability to record 1080p video, but once the amount of lighting reduces, the photo and picture quality starts getting grainy.

-The front camera is already a low-resolution one, and even in good lighting, the photo comes out grainy and sometimes looks smudgy.

The Nexus 9 is equipped with a 6,700 mAh battery, which on average can keep the device running for at least a day, maybe even a day and a half, with an average screen on time (SoT) of 7 hours.

The Nexus 9 is a tablet that is amazing in some ways, and “just okay” in others. The fact that it’s built by HTC makes me feel like it should be of the most premium standards, something the device clearly is not, if anything its somewhere in the middle between a cheap and premium build, but the Android experience makes up for it on most levels.