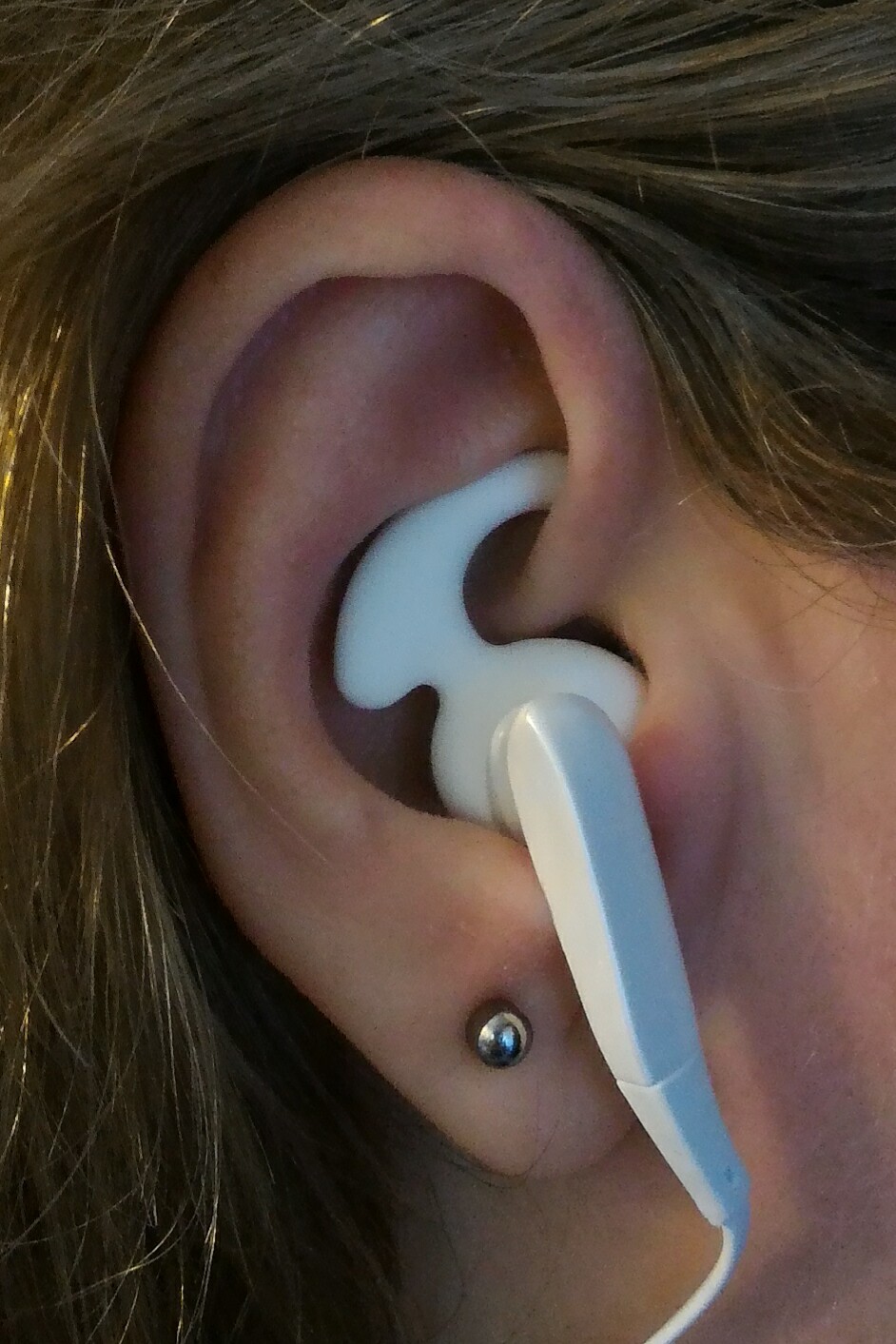 Have You Heard About The Samsung Level U Wireless Headphones?

I’ve wanted a Bluetooth headset for a while because sometimes wires are just annoying. And I mean a stereo headset, not just one annoying Thing plugged into one overworked ear. I have to admit the Samsung Level U Wireless Headphone quite fits the bill. These headphones come with three sets of ear gels (2 sets are the standard gels, 1 set is the stabilizing gels), Micro USB Charging Cable, tiny “Rubber” Bands, and a User Manual. As an added feature the magnetic base of each earbud clasps together allowing the user to wear the headset as an ersatz necklace. This is basically so the headset doesn’t just fall off when you don’t have them plugged into your ears.

They rest nicely around my neck. And the earbuds sort of float in/over my ear opening. Which sounds weird, I know. The buds are very soft so they don’t feel harsh against my ear. I like using the “stabilizing wing ear gels” earbuds because I have always had trouble with loose fitting plugs in my apparently too small ears. It took me a while to figure out how to properly insert them so I took a picture of how they look in my ear.

The Right and Left buds are all labeled so I found it easy to change out the regular earbuds with these “stabilizing” variety. As you can see that funky “wing” rests nicely under the curve of my ear…thing. Whatever that part of my ear is called. (Too lazy to look it up). It all just sort of cuddles in there.

The Level U App

You can also use the android app on any Android device while the Headset is active. Just download Samsung Level on the Google Play store

within the Level U app: pick out your favorite apps to use the headset with

whatever favorite apps you choose will now show up in notifications

battery half full. And yes, it appears to be fairly accurate, however, I would have liked a percentage indicator as well. maybe that will be added to a future version.

If you have a Samsung phone you can access the SoundAlive feature. Just turn it on in the main phone settings.

to access the best sound using the Level U

Adapt Sound: you will hear a series of beeps (put yourself in a very quiet room because some of those beeps are VERY low)

the software determines the best sound curve based on what sounds you DO hear. You are asked to tap “YES” or”NO” if you can hear particular beeps

The Test supplies music to check the results (Preview

my sound curves for my right ear

These tests can be redone (Retry)

second screen: there seems to be issues with connecting with the app. I’m not sure if the Level U just loses connection with the tablet or what, but sometimes the best way to get it to work is to turn off the headset and turn it on again.

If I’m lucky the third screen pops up.

I’ve connected to various laptops and the sound is strong and clear in all cases.

When connected to an Android phone the sound is strong. I even walked to another room (walking away from the phone) with no loss of signal. I would guess that was at least 40 feet away. I went downstairs and then the sound started to break up slightly, but I still heard the mp3 file I was listening to. I even connected the Level U to my old Virgin Mobile phone and it works fine.

The earbuds don’t block out outside sounds. They don’t let them all in, however. I’d say they soften outside noise.

The Level U is supposed to be Multifunction – connecting to two devices, with the caveat that is depends on the devices.

The Samsung Level U vibrates when a call comes in. I did an experiment and I can report that is true. It’s a very mild vibration but as the device is next to your neck I wouldn’t need anything violent.

I walked around with the headset on in grocery store. I can honestly say it’s completely the most comfortable headset I’ve ever worn. Unobtrusive, light, and when friends saw it they assumed it was a necklace of some kind (since I was wearing it with the ear buds magnetically connected together). So, it’s a headset AND a conversation starter.