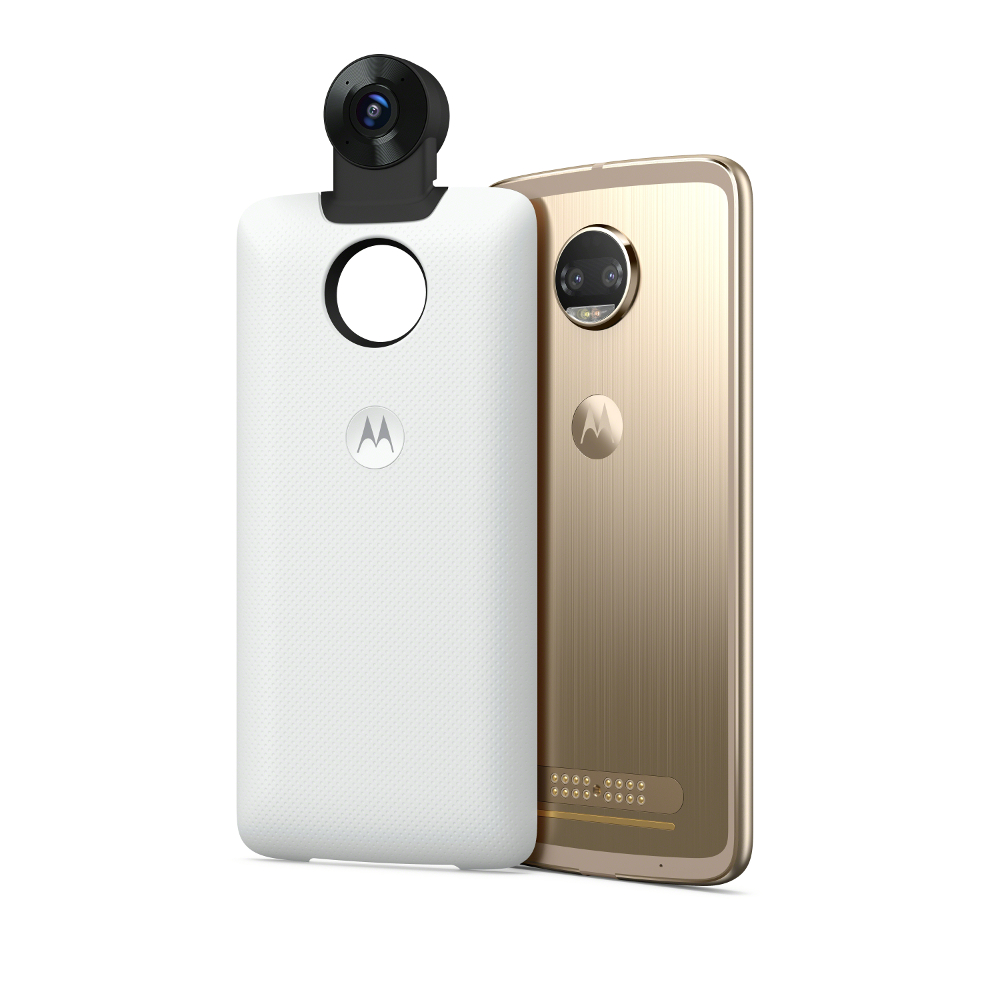 Years ago Orson Welles remarked that someday a camera would be as small as a lens. It’s no secret that technology has made huge strides in miniaturisation. What is exceptional about the Moto Mods is that the engineering has made it possible to transform your cell phone into other devices or add features easily.

During the talk we got to see movies and files made using the 360 camera Moto Mod. 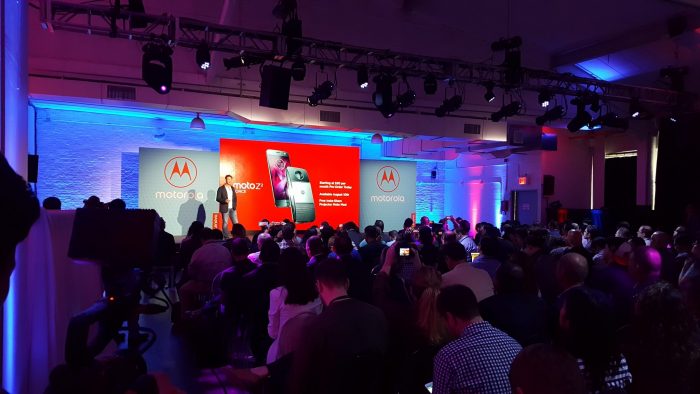 After, we got to play around with various mods. I played with the 360 mod. It comes with a silicone cap to put over both cameras to protect the lenses. You just place the Mod on the back of the phone. It “snaps” into place almost by itself: 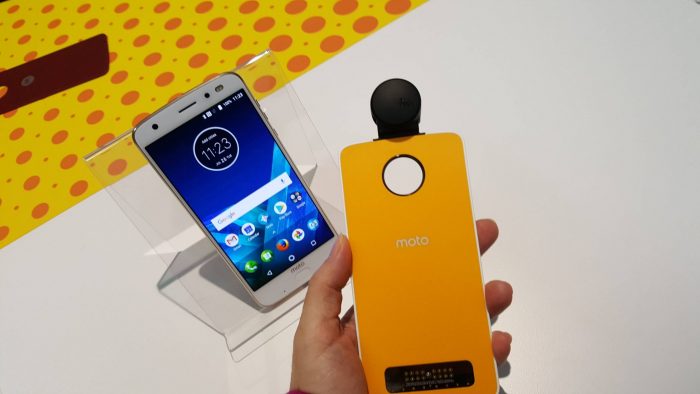 the phone knows immediately when any Mod is in place. A tutorial begins: 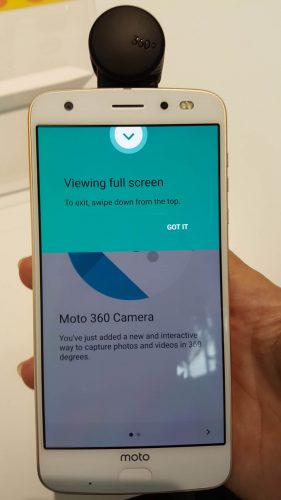 This what you see and you can choose various modes, fix where the cameras are focused and so on: 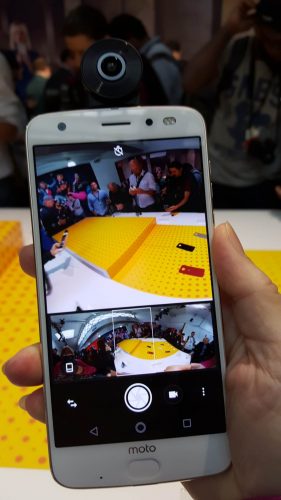 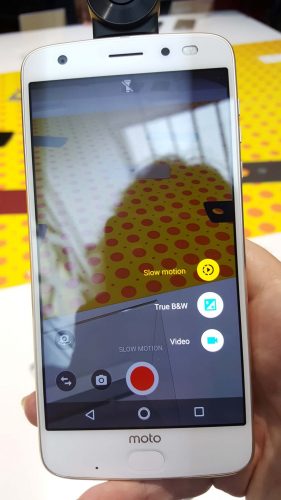 And you can switch from the regular camera to the 360 camera very conveniently: 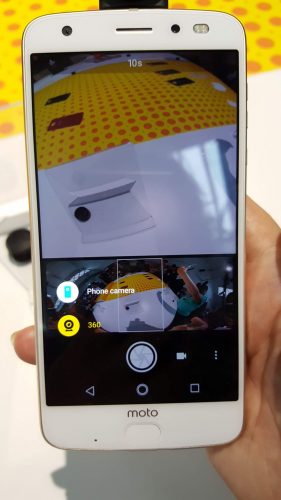 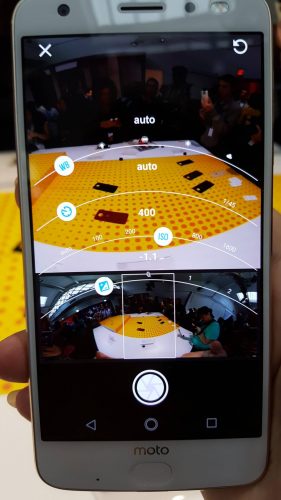 And you can view both cameras at the same time: 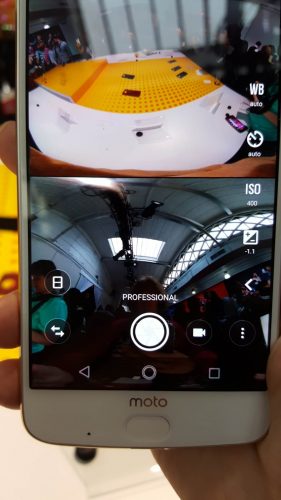 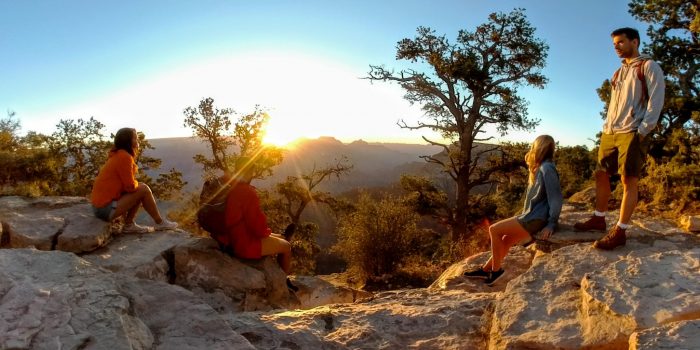 This incredibly thin Mod is for wireless charging. It comes in a variety of colors and patterns. 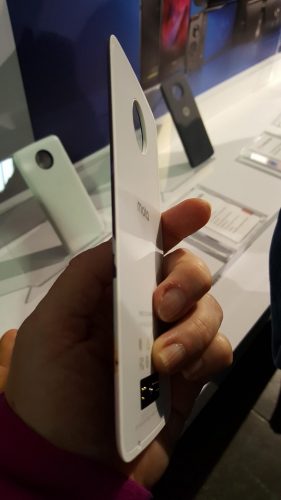 It’s amazing how slim these wireless charging Mods are….. 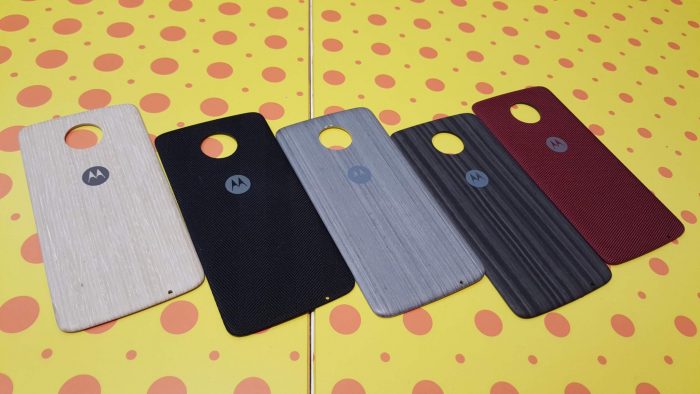 This is the JBL SoundBoost 2 Mod – basically a pair of speakers you snap onto your phone. 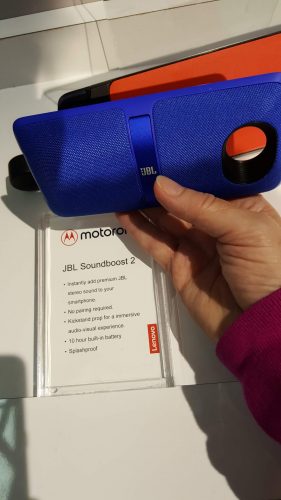 They cleverly added a kickstand so the user can position their phone as they wish: 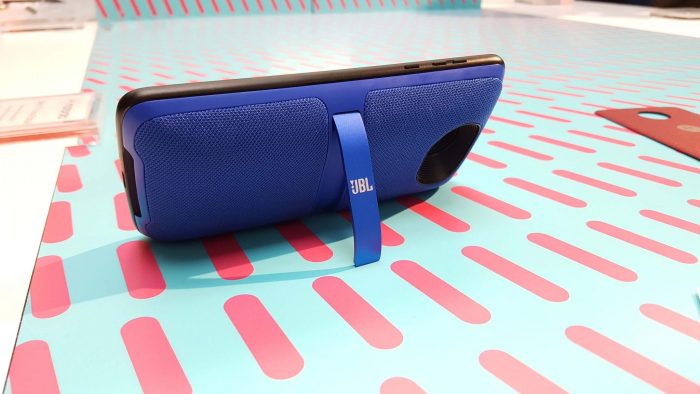 Here;s the Moto GamePad which comes with a batter for extended gameplay: 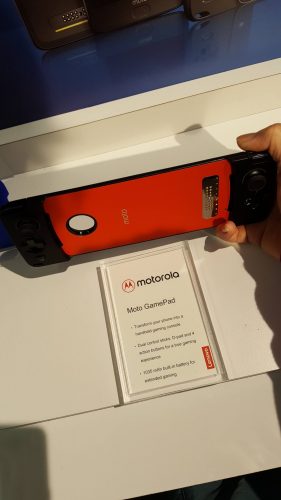 This is the TurboPower battery. You can plug this Mod in so it’s batter is full, then, when your phone needs some juice just snap this Mod and it will power your phone VERY fast. Next to my thumb is a button which turns on the lights – they show how full the battery is: 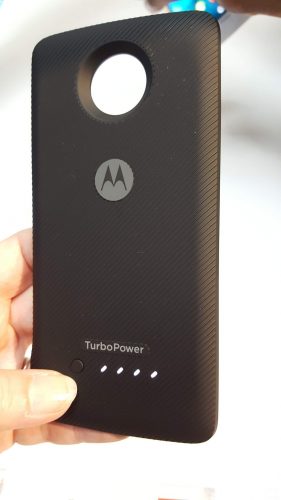 As soon as you snap it in you get the tutorial and explanation of how to use the Mod: 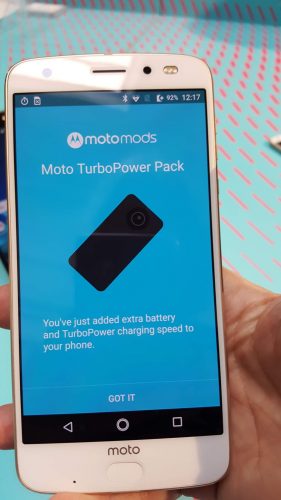 This impressive Mod is the Hasselblad Camera. There’s a button at the top for those who want the feel of a camera for taking photos. There’s also a Zoom tab around that button so you can control the zoom. I tried it and while it takes a bit of practise, it’s fun to use and feels right. 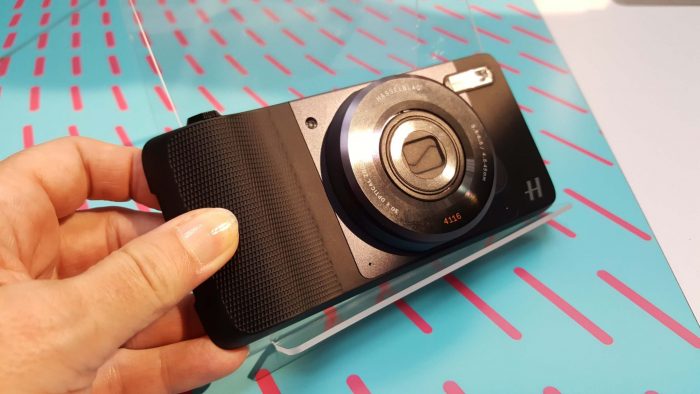 Here’s my attempt at using the Zoom. I was aiming at the ceiling because that was the farthest thing in that room. This is just the sort of thing to use during a baseball game. RIght? 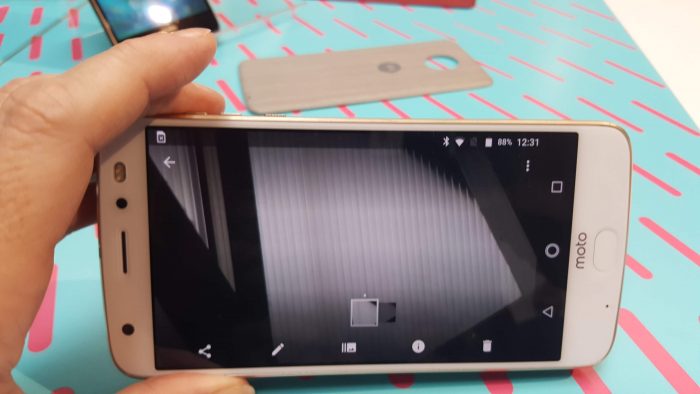 Here’s the details about the moto z2 force edition 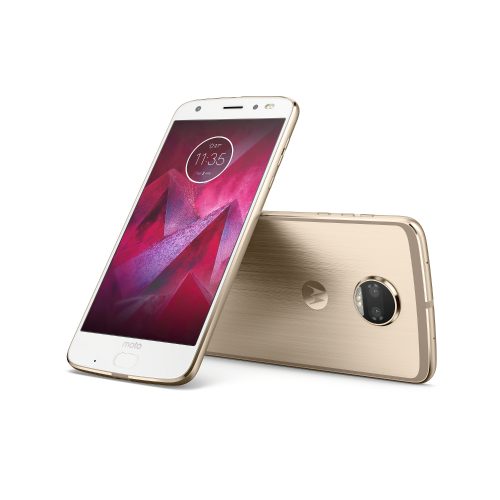