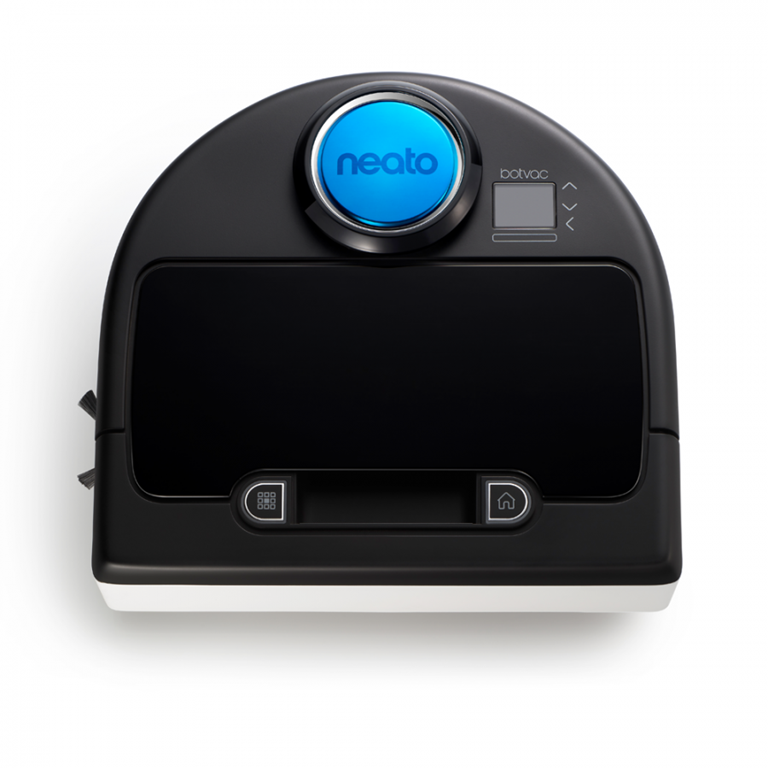 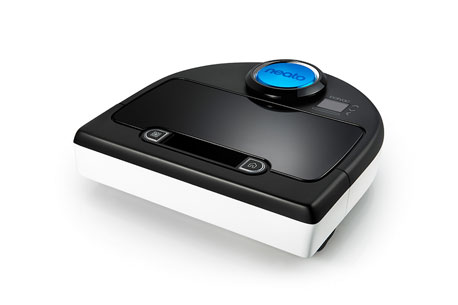 The Neato Botvac D Series is Neato’s entry into the pet hair world of robot vacuum cleaners. It’s a logical decision since the only thing better than having a robot clean your house is watching your pets try to figure out whether or not it will kill them (Spoiler: it won’t). 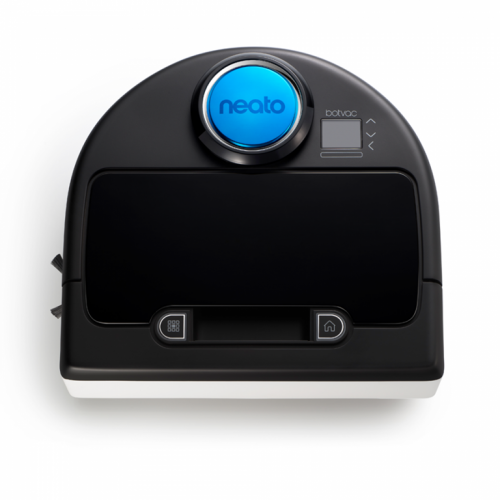 The major difference between the D Series and previous Neato models is the addition of an upgraded brush to get deep-rooted animal hair, and an improved filter module. The D Series also is supposed to have stronger suction, but tests done on both the D Series and the original Botvac 85 seem to show comparable strengths. If the filter and curved brush aren’t a big deal for you, then either can serve your needs just as well. In fact, they retail at the exact same price. 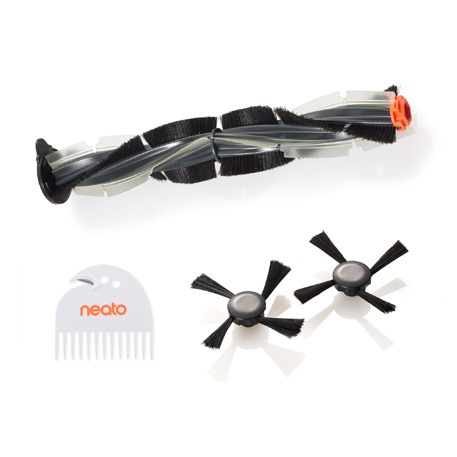 The D Series arrived complete with the main Botvac unit, charging station, spare brush and filter, border strip, and brush comb. Setup was easy enough that I didn’t need to look at the manual, but I did anyway. Placing the charging station proved to be the most controversial step, as no one could agree on what looked best in the house. You need to make sure it is in a spot the Botvac can easily reach, or it can get confused. We had several misadventures where it couldn’t quite get the right approach angle, and sort of decided to park wherever it felt. It does a cute little wiggle on final approach, which just looks sad if it ends up facing the wrong way. 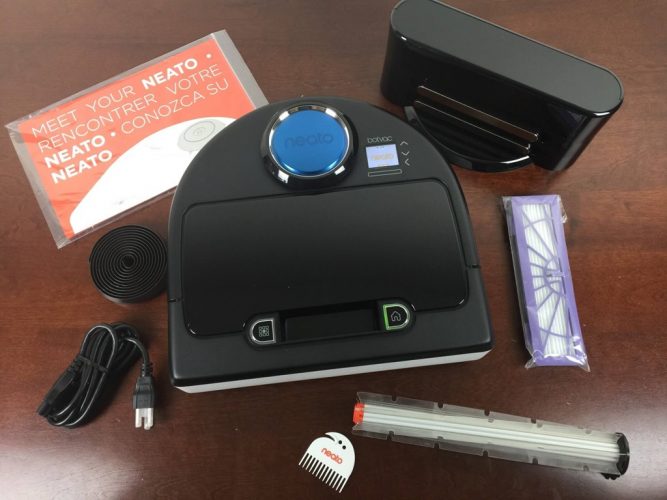 Most first-time buyers don’t purchase a robot vacuum with vacuuming as the sole criteria. The automation and, well, the fact that it’s an adorable robot tend to pack an equal punch. Neato seems to get that part, and they have the Botvac looking like an ice cream sandwich and sounding like R2-D2. It would have been nice to see some updated menu UI, or some different functionality from the 85, though. But it appears to have the same electronics in that aspect. In most respects, it is a mirror of the previous model. 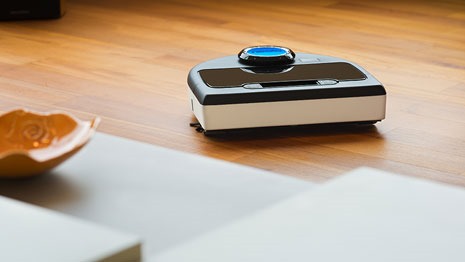 We put the D Series – which my kids named BB-7 – through the gauntlet in a six bedroom house with two cats, three dogs, and a mess of hair and dirt. It had no problem navigating walls, furniture, and water dishes, although it had some trouble with the curved bases of our more modern chairs. It would go up the curve and get confused, then beep at us to save it. For the most part, we were very impressed with the effectiveness of the sensors and the algorithms it used to map out rooms. In the event we didn’t want it going into a difficult area, like one full of computer cables, we just used the boundary strip that came included.  When the D Series hit the strip, it would see it as a wall and turn.

The D Series picked up hair and dirt comparable to a standard vacuum cleaner, although not quite as well as one of our stronger vacuum cleaners. It doesn’t get quite as close to walls as we would have hoped, but that can be problematic with traditional vacuum cleaners as well. Studies done by other independent reviewers suggest that the D Series measures up to similar high-end robot vacuums in picking up dirt, hair, and rice, but lags behind with sand. All of the compared vacuums had trouble with sand, and all were high-end products. The D Series was as strong or slightly weaker than the original Botvac 85.

The D Series picked up everything a traditional vacuum cleaner would, with the added plus of doing it while we watched cartoons. One drawback was that the battery was only strong enough for a couple of rooms per charge. After that, it would beep out a warning and return to its charging station. Definitely not a substitute for a corded vacuum if you need to quickly clean an entire house before guests arrive, but sufficient for a smaller apartment or routine cleaning. The D Series attempts to address this by allowing users to program a weekly schedule so that it can do a few rooms at a time. 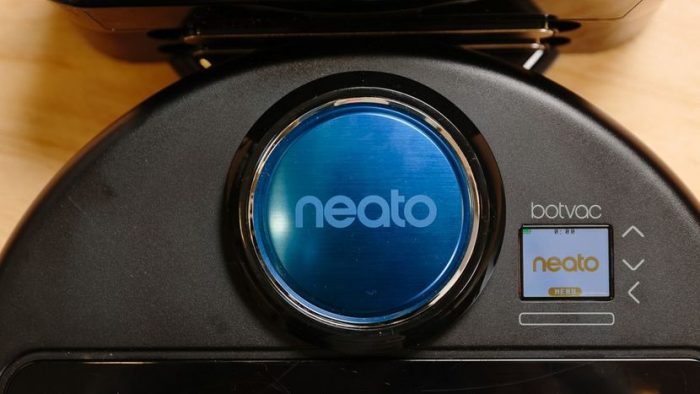 The only issue we had was when my oldest daughter used it in her room, and it choked briefly on some of her hair. Normal hair is no problem, but long hair can jam the brush. Lucky for us it came with a comb for just such emergencies and removing the brush itself only took a few seconds. Re-inserting it was a little harder, as it required more than just snapping it back in. We had to give one side’s spinner attachment a forced spin. Possibly there was something jammed in there, or maybe we had to just show it who’s boss. But after that, it worked fine.

Improvements fall into the category of “more is better.” In addition to having a longer lasting battery, the D Series could also benefit from a larger dust bin and a stronger vacuum. It isn’t hurt by not having these things, it would just make an already cool product even better.